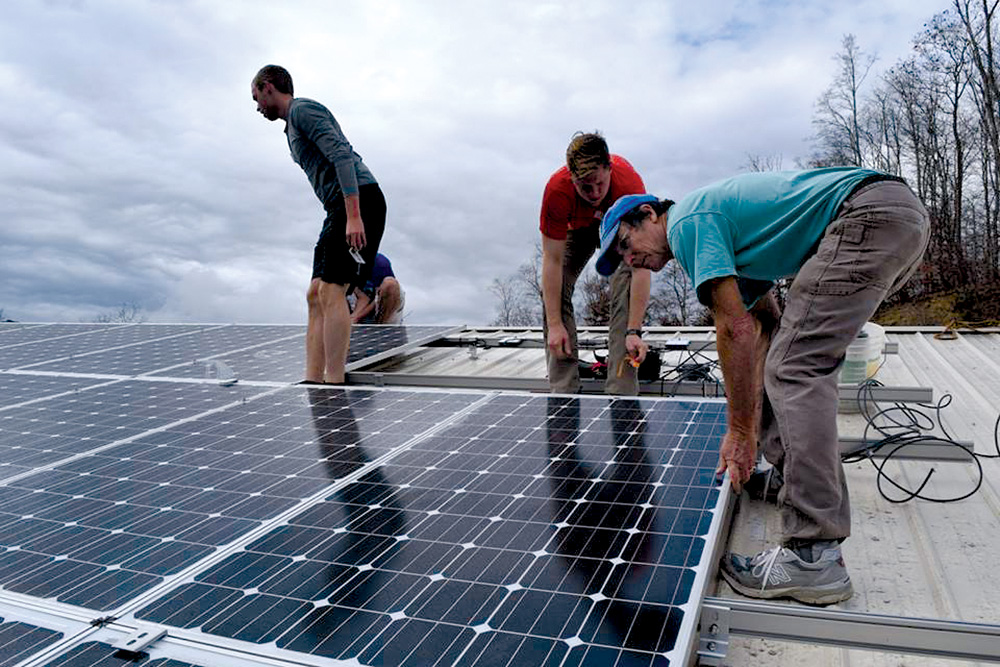 The report coincides with the nonprofit law firm’s October launch of an interactive website that shows how utilities across the Southeast are treating customers with home solar installations. The website calls out Blue Ridge Energy, an electric cooperative in Western North Carolina, as a “solar braker.”


Blue Ridge members must pay an additional $28.83 per month on top of the co-op’s standard $24.17 monthly fixed charge to install and use residential solar energy, for a total of $53 each month in minimum fees. That extra fee makes it difficult for many members to save money by going solar.

By comparison, Duke Energy, which the report calls a “solar maker,” currently charges no extra fee to customers who install residential solar, and credits solar customers at the utility’s retail rate for the energy they produce.

According to Blue Ridge, the solar fees are needed to cover the cost for the co-op to provide backup power when the member’s solar system isn’t generating enough energy. However, when Appalachian Voices, the nonprofit organization that publishes this paper, requested Blue Ridge Energy’s cost of service study to analyze whether these costs are justified, Blue Ridge declined to share the information. 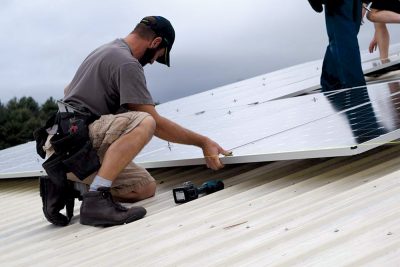 “Electric utilities are charging ever-higher fixed fees in an attempt to counteract decreasing revenues resulting from flat or reduced demand in most areas,” explains Appalachian Voices’ Energy Savings Program Manager Rory McIlmoil. “But increased fixed fees are detrimental to low-income residents, who generally don’t use as much energy, and to consumers who are using less because of investments in solar and energy efficiency.”

Blue Ridge Energy, like many electric utilities, offers a system called net metering for people with home solar. Members receive credits on their bill for the excess electricity that they generate and add to the grid during daytime hours, and are charged to use energy from the grid when their panels aren’t producing enough energy, such as at night.

Blue Ridge pays members with solar a lower, wholesale electricity rate for the excess solar power they generate, and charges the higher retail rate for the power the members use from the grid. But other co-ops like BARC Electric Cooperative in Virginia’s Shenandoah Valley pay members the retail rate for any solar they send to the grid.

BARC, which the recent report listed as a “solar maker,” also allows members to install home solar systems up to 20 kilowatts in size without added monthly fixed charges. Some Blue Ridge members who have considered or installed their own solar panels have expressed frustration at the co-op’s policies.

Connor Boyle is the chairman of the solar committee of the High Country United Church of Christ, a church located in Vilas, N.C., which in 2015 installed a 10-kilowatt rooftop solar array.

According to Boyle, the church raised $35,000 to buy and install the solar panels, despite knowing that because of Blue Ridge’s solar fees, the panels would not provide a great economic benefit. A motivating factor for putting the panels on the church, according to Boyle, was so that church members could still contribute to the solar movement even if home solar was not an option or not economically feasible.

“Even in the summer months when we had long, sunny days with little to no energy use, when we were producing lots in solar and a lot more energy than we were using, we were still paying fixed fees of $63 a month, regardless of how much energy we used,” Boyle says. 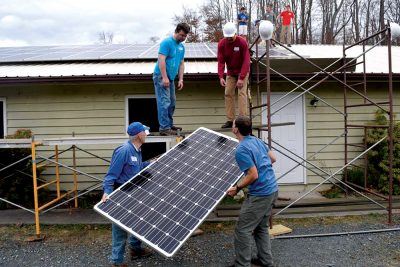 Boyle says he would caution Blue Ridge members looking into installing residential solar. “Unfortunately, no matter how much energy you use, you will still have to pay these fixed fees, which are a lot, so just be prepared to pay back these ‘penalties’ to [Blue Ridge].”

Due to the way that Blue Ridge calculates their solar rates, however, cost savings are only possible for high-energy-use members.

Both the cooperative’s community solar and net metering programs grant the most economic benefit to high users of electricity, but they still allow member-owners the option of supporting clean energy — if they can afford it.

Boyle and other members of the High Country United Church of Christ want the cooperative to implement policies that allow everyone to receive both economic and environmental benefits from solar. Perhaps one day Blue Ridge will join BARC and others on the “solar maker” list.