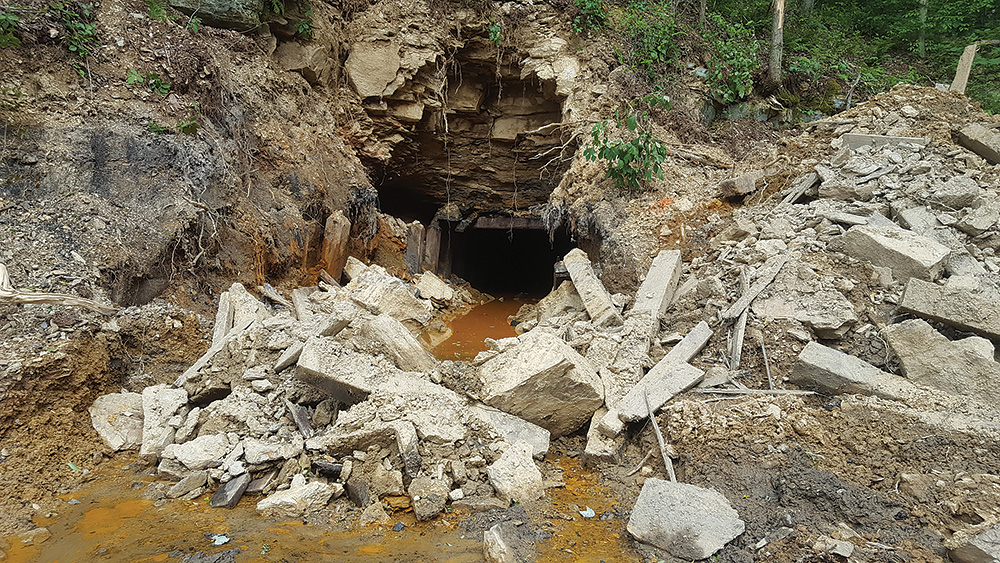 Acid mine drainage leaks from an abandoned mine, left, into West Virginia’s Sovern England watershed in 2016. Photo courtesy of Friends of the Cheat

Across the nation, there are thousands of mine reclamation projects that have needed to be fixed since before 1977 and would cost over $10.5 billion to remediate. As of September 2016, the federal Abandoned Mine Land Reclamation Program had approximately $2.44 billion remaining. If the program is not reauthorized in 2021, the future of most of these decades-old abandoned mine sites could be left up in the air.


The AML program, which was established by the Surface Mining Control and Reclamation Act of 1977, was the first regulatory step toward fixing the slew of the coal industry’s leftover messes. Even under current law, however, pollution problems from newer and older mines persist. 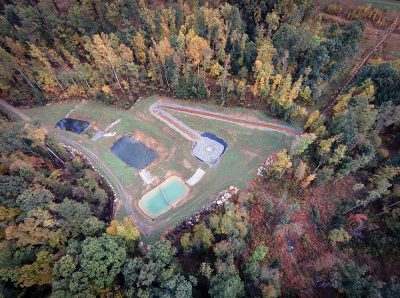 Construction on a system similar to one that treats drainage as it flows to Greens Run in West Virginia, below, will begin at the Sovern England site this spring. Photo by Adam Webster

The act requires coal companies to pay a fee to the U.S. Office of Surface Mining Reclamation and Enforcement for each ton of coal produced, adding up to approximately $9.2 billion to date. Those funds have gained $1.5 billion in interest, the majority of which has been put towards the United Mine Workers of America health care plans.

The federal agency then distributes annual payments to states and tribes based on a complex formula involving the amount of coal each state and tribe currently produces and the amount produced before 1977. The U.S. Department of the Interior states that roughly $4.3 billion has been disbursed for reclamation projects and around $2.5 billion has been distributed for other uses. In Appalachia alone, the AML program supported 3,762 jobs in fiscal year 2017 and had an estimated economic impact of over $378 million in the region.

“The size of the remaining problem is very shocking,” says Eric Dixon with the Appalachian Citizens’ Law Center, a nonprofit law firm. “It will take us many years, many decades at our current rate, to clean up all of the abandoned coal mines that fall under this program. And those are only the coal mines that were abandoned prior to 1977.”

Fees paid by coal companies have not risen alongside 41 years of inflation. Additionally, payments from the AML fund were subject to the annual congressional budget process until 2006 — meaning Congress underallocated AML funds to states and tribes for years. Full annual payments are now mandatory, and Congress disbursed funds to states and tribes to account for the majority of the historical unpaid balance.

“Sequestration has caused less money to be delivered to states to clean up coal mines and do this important work,” says Dixon, who co-authored an extensive policy analysis of the AML program in 2015. “And a lot of people have issue with that because the money that funds these cleanups isn’t general taxpayer money, it’s money that was collected from the coal industry over the past 40 years and continues to be collected on an annual basis.”

Calls to accelerate Appalachian mine remediation resulted in the creation of the AML Pilot Program in 2016, which authorized annual payments from the U.S. Treasury, not the AML Fund, to three Appalachian states and then six in 2017. The RECLAIM Act, a bill that would disburse $1 billion from the AML Fund’s unappropriated balance over five years instead of waiting until 2023, passed the House Natural Resources Committee in June. The bill’s supporters — including Appalachian Voices, the publisher of this newspaper — are urging both chambers of Congress to vote on the House’s version of the RECLAIM Act, H.R. 1731, in early 2018.

Information available to the public through the OSMRE’s online Abandoned Mine Land Inventory System — from which much of the data on these graphics is sourced — is limited. It only includes abandoned mines that have been catalogued by the federal government, and problems that affect the environment but not human health are not required by law to be listed.

“There are many, many, many more abandoned coal mine problems throughout this country than will be cleaned up by the current sunset date of 2021,” says Dixon. “So it is imperative that we reauthorize the program and that we clean up these coal mines that are impeding economic development and are affecting public health.”

Editor’s Note: This story was updated on March 8 to include the unappropriated balance of $2.44 billion left in the Abandoned Mine Land Fund, the effects of sequestration on the program and the economic impact of the program in fiscal year 2017. 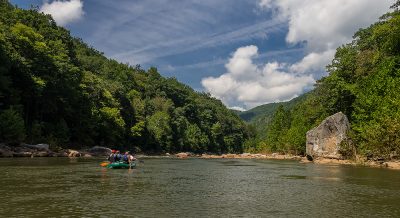 Rocks in the Cheat River Canyon in 2015 are still stained from acid mine drainage. Photo by Kent Mason.

But after decades of nearby coal mining, visitors to the river in the ‘70s and ‘80s had “complained of stinging eyes, nosebleeds and other ailments,” according to the environmental nonprofit organization Friends of the Cheat’s website.

In the summer of 1988, so much acid mine drainage from abandoned and active coal mining operations had built up in the river that the water ran orange.

Today, the Cheat watershed is in a much better state, thanks largely to Friends of the Cheat and funding from a variety of sources including the Abandoned Mine Lands program. AML funds have also helped the West Virginia Department of Environmental Protection undertake nearby land reclamation projects that have improved downstream water quality.

“It’s unbelievable the comparison between what the river looked like then and what it looks like now, just 30 years later,” FOC Executive Director Amanda Pitzer says. 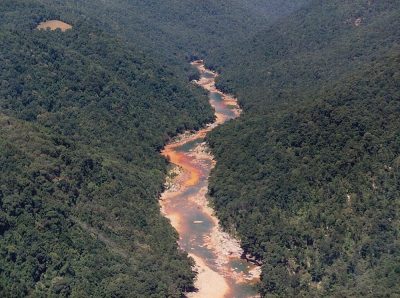 The Cheat’s water quality is much better now than it was in the summer of 1988. Photo courtesy of Friends of the Cheat

If the AML program ends in 2021 as scheduled, however, Pitzer says they “could see progress lost,” since there are still hundreds of abandoned mine sites polluting the watershed.

“For the future, I can’t say I have an answer if we don’t get [AML program] reauthorization or something that looks like it,” she says.