Decades in the Making: A Mine Reclamation Backlog

There are 20,803 total Abandoned Mine Land problems that have yet to receive funding for cleanup — 14,608 in Central Appalachia alone. This map is based on publicly-available data on abandoned mine problems remaining that have not received funding, such as polluted water and underground mine fires. This does not represent all the abandoned mine lands in the United States, as the database is limited. 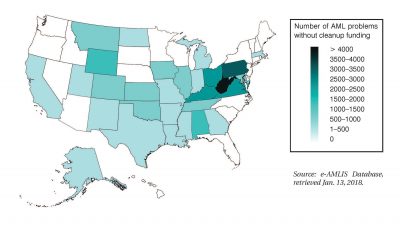 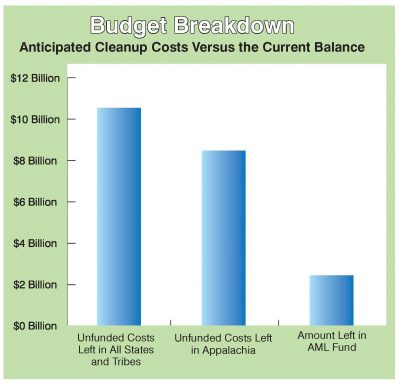 *These estimates assume that local workers were hired for the reclamation work.