Reprinted with permission from the Ohio Valley Environmental Coalition

The staff and board of OVEC, the Ohio Valley Environmental Coalition, are grieved to announce the death of Dianne Bady, who founded the environmental and social justice organization in 1987. 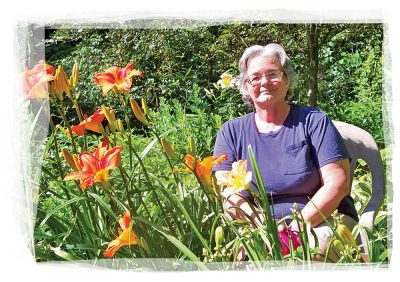 Dianne, 67, succumbed to cancer on October 23, 2017 at Emogene Dolin Jones Hospice House in Huntington, W.Va. Her husband Rick, her son Aaron, her sister Monica McFarland, and OVEC staff members were with her in her final hours.

Dianne spent the past few years educating herself, OVEC members, and the public about the human health and environmental impacts of fracking and its related activities and infrastructure. She was especially concerned that the gas industry touted concept of the “Appalachian Storage Hub” and the development of Rogersville Shale could lock our region into more pollution and more health problems, while locking out the potential for a cleaner, healthier, and more just energy economy.

Under Dianne’s leadership, OVEC’s tenacious work to end mountaintop removal coal mining gained national and international recognition, with numerous awards being granted to the organization and staff, including the prestigious Ford Foundation Leadership for a Changing World Award.

In 1987, BASF Corporation planned to burn or bury all of the toxic waste it generated in North America in a low-income community near Huntington. Dianne and a handful of people organized to oppose and successfully ward off that scheme. Their efforts launched OVEC.

Until then, polluting industries in the lower Ohio River Valley had not been seriously challenged by citizens to follow environmental laws and regulations. Dianne was adamant that the voices of ordinary people in affected communities be heard.

In the 30 years since then, OVEC has celebrated victories both large and small, and, of course, has also encountered setbacks. In one important victory, the group staved off construction of a mega dioxin-spewing pulp mill slated for Apple Grove, in Mason County, W.Va.

“Dianne carried a vision of a healthier environment, but beyond that, she had great compassion and love for people and an abhorrence for injustice. She was stricken to her core by the destruction wrought by fossil fuel corporations, and she sought healing and solace in her gardens and in the beauty of the nature,” says Janet Keating, who worked closely with Dianne for 24 years at OVEC.

“OVEC is Dianne’s legacy,” says OVEC Executive Director Natalie Thompson. “Undoubtedly, polluters were hoping this little environmental group was just a flash in the pan. Here we are, 30 years later, a well-respected, fully staffed organization that continues to amplify the voices of citizens who envision a healthier environment, intact mountains, and clean, potable water. That is Dianne’s legacy. May we celebrate her life and her love and her tireless commitment to our environment and our people.”

The family has suggested that in lieu of flowers people send donations in memory of Dianne to OVEC, either online or via check: