In a long anticipated move, Duke Energy announced its intention to raise the rates of customers in North Carolina, in part to cover the cost of cleaning up its coal ash impoundments.

Coal ash is a byproduct of burning coal for electricity. The utility has stored millions of tons of ash in 34 impoundments across the state for decades. These unlined ponds have been proven to leach toxic compounds harmful to humans into nearby groundwater.

On June 1 the company filed for a rate increase with the North Carolina Utilities Commission. The filing applied specifically to Duke Energy Progress, a division of the company that serves central and eastern North Carolina, as well as the Asheville area.

If approved, Duke Energy would raise rates by an additional $477 million annually, and residential customers would see an average increase in their bills of 16.7 percent beginning with the start of the new year.

Duke stated in a press release that the rate increase would pay for modernization of the state’s electric grid, investments in clean energy, costs associated with Hurricane Matthew and “costs associated with the ongoing management of coal ash and the safe closure of ash basins.”

In preparation of its request to seek rate increases, Duke Energy also asked the commission to allow it to account for any coal ash related costs in the future rather than admitting them as losses now. This move would also pave the way to pass the costs on to ratepayers. 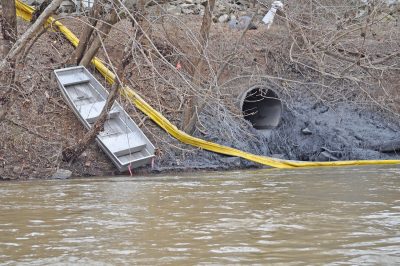 According to the Charlotte Business Journal, denying this request would “play havoc with [the company’s] financial reports.”


Once completed, cleanup costs are projected to exceed $5 billion.

Many have objected to this accounting maneuver, including the office of the state’s attorney general.

“The coal ash costs that Duke Energy seeks to recover are out-of-the-ordinary and very concerning because they may result in large rate increases for consumers,” wrote Assistant Attorney General Margaret Force in a recent filing with the commission. “There are important questions that need to be addressed about whether all of the costs that Duke Energy seeks to recover were reasonably and prudently incurred.”

In April, lawyers for the company justified its accounting for these costs by saying that “The federal government and state of North Carolina have adopted significant new legislation and regulatory requirements obligating [Duke Energy] to spend significant amounts to comply,” according to the Greensboro News and Record.

But in comments filed with the commission in March, NC WARN, a nonprofit focused on fighting climate change, viewed the impact of the state legislation differently.

“Although compliance with state and federal regulatory requirements should be part of the normal operations of an electric company, mandatory requirements to clean up after violations and criminal convictions should not.”

Once Duke Energy formally submits its request for a rate hike to the state utility commission, a series of public hearings and comment periods will be scheduled, after which the commission will decide what, if any, rate increase the utility can enact.

Duke Energy is also asking the N.C. Utilities Commission to change the terms under which it pays for the solar energy it purchases. Among other technical requests, the company is asking to shorten the term of its contracts with independent solar producers from 15 years to 10 and to make the payment levels variable, resetting every two years.

Each of these requests would draw money away from the solar producers and make investments in solar energy more risky and expensive.

Editor’s Note: This version has been updated since print to reflect Duke Energy’s official request on June 1 to the N.C. Utilities Commission to raise its rates.