Get Out the Sunscreen: Solar is Coming to Southwest Virginia 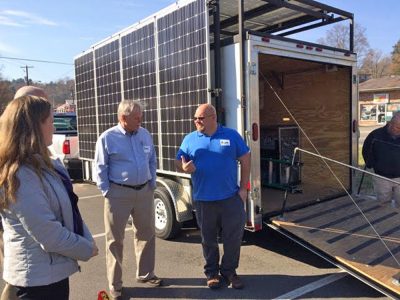 In May 2016, at the Southwest Virginia Economic Forum, citizens and area leaders discussed how solar energy could be developed locally to create jobs and build and retain wealth in our region.

Those conversations were the seeds of what has become an action team called the Solar Workgroup of Southwest Virginia. Co-convened by Appalachian Voices, UVa Wise and People Incorporated, and facilitated by Dialogue and Design Associates, the goals of the Solar Workgroup include supporting high-visibility and high-impact solar energy installations to meet energy demand and spur economic development, even in the heart of coal country.

With international companies eyeing Wise County for solar projects, the Solar Workgroup agrees that the region has the potential to become a solar industry hub. With solar now employing nearly twice as many people in the U.S. as coal, oil and natural gas combined, many in the region think solar development could be the key to revitalizing the economy with high-paying local job opportunities. 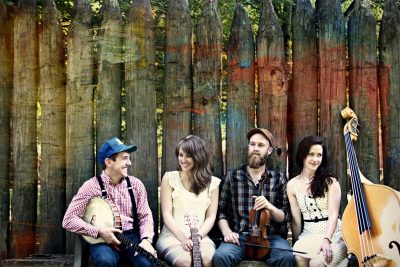 The Empty Bottle String Band will perform at the Solar Fair on May 9.

At the Solar Fair, people will have the opportunity meet SPARC-E, Mountain Empire Community College’s off-the-grid, 5,000-watt, mobile solar system built by students. They will also have a chance to get an up-close and personal view of solar energy systems and see how they work.

The Empty Bottle String Band, a local favorite, will be performing live and amplified by solar power. For the kids, we’ll have an inflatable bouncy house powered by solar energy and other free, fun games.

And we’ll announce the winners of our $500 solar mini-grants contest for middle and high school students. The Solar Fair is also the launch pad for the Solarize Wise residential solarization program, a collaborative effort of the Solar Workgroup to make it cheaper and easier for homeowners, small businesses and farmers to install solar power in Wise County.

Solar power is coming to far Southwest Virginia. Get out the sunscreen!