In early March, more than 22,000 retired miners received letters from the United Mine Workers of America Health and Retirement Funds warning them that their health benefits would expire at the end of April, unless lawmakers intervened.

Congress passed a four-month extension of benefits for retired miners in December 2016. Lawmakers representing coal-producing states are threatening to delay White House nominees and trigger a partial government shutdown to prevent those benefits from expiring, according to the Charlotte Observer. In January, Senate Majority Leader Mitch McConnell introduced a bill that would make the benefits permanent. Sen. Joe Manchin (D-W.Va.) has threatened to delay the U.S. trade representative nominee unless McConnell brings the bill to a vote by the end of April. 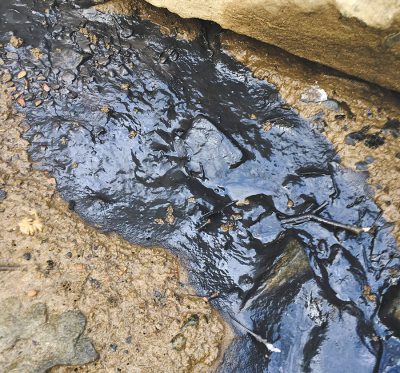 On March 23, water and chemicals used to wash coal leaked into a tributary of the Coal River in Boone County, W.Va. The slurry was from an Alpha Natural Resources processing center. Local municipal water systems were temporarily affected.

In late February, The Roanoke Times reported Virginia Gov. Terry McAuliffe vetoed a bill that would have reinstated tax credits for coal companies in the state.

McAuliffe has vetoed similar legislation for the past three years. He cited research showing that the decline of Virginia’s coal industry was unaffected by state tax credits.

A study by Duke University found elevated levels of selenium, a coal-ash byproduct, in fish from three North Carolina lakes. The lakes are still affected by coal ash waste even after the shutdown of the power plants that polluted them, according to a Duke University journal article.

Bloomberg reported that a handful of new coal mines are opening amidst optimism over the rising price of metallurgical coal, the variety used in steelmaking. Corsa Coal Corp. plans to hire 70 to 100 employees for a new mine in Pennsylvania, according to The Tribune-Democrat.

The state department issued a permit for the Keystone XL pipeline project to move forward in Montana, South Dakota and Nebraska.

The decision is a reversal of an Obama administration policy that had blocked the the project.