There are many driving trails in Appalachia, including The Crooked Road featured in this issue. Take a day or a week to discover the region’s history, culture and environment! — Compiled by Dave Walker 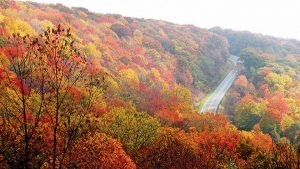 Opened in 1996 and costing $100 million to complete, the 40-mile Cherohala Skyway is a National Scenic Byway that links Tennessee with North Carolina and is described as “a museum without walls.” The roadway is a part of the Furs to Factories Heritage Trail that promotes the area’s diverse economic history. Learn more at: cherohala.org or by calling 1-800-245-5428

Pie in the Sky Trail (Tennessee) 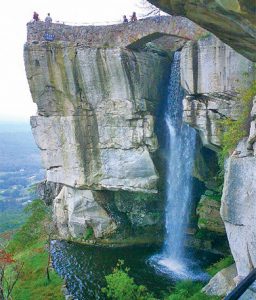 Photo by Averette at English Wikipedia

Connecting urban and rural Southeast Tennessee is The Pie in the Sky Trail, which travels past downtown Chattanooga’s Bluff View Arts District and the Tennessee Aquarium, as well as features stops in South Pittsburg, home of the National Cornbread Festival, and in Dayton at the site of the 1925 Scopes Trial. Along the way, visit Civil War battlefields and mountain biking trails. Learn more at: tinyurl.com/PieSkyTrail or by calling 1-800-462-8366 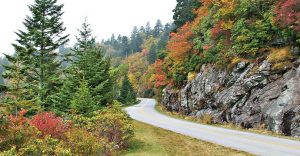 Authorized by Congress in 1936, this 469-mile roadway connects the Great Smoky Mountains National Park in North Carolina to the Shenandoah National Park in Virginia. The National Park Service calls it a “museum of the managed American Countryside,” and it showcases natural and historical highlights of Appalachia. Learn more at: nps.gov/blri/index.htm or by calling 1-828-348-3400 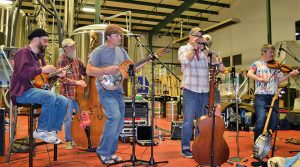 Following Route 219 along West Virginia’s eastern Allegheny Mountains, the Mountain Music Trail is a portal into the area’s musicians, venues and festivals. To learn more about the area’s year-round events and the artists and musicians who call eastern West Virginia home, visit: mountainmusictrail.com or call 1-800-336-7009 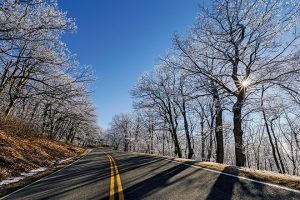 Established in 1931, Skyline Drive is known as the Gateway to the Shenandoah Valley. This national park requires an entrance fee, but features long vistas and “fog oceans,” as visitors take the 105-mile long trail. Various stops along the peak road offer hikes to waterfalls and rock scrambles. Learn more at: visitskylinedrive.org or by calling 1-800-847-4878 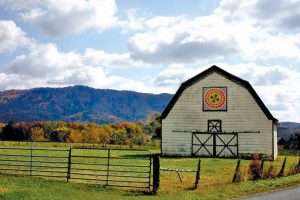 Promoting Tennessee and Southwest Virginia’s cultural, historical and recreational sites, the Appalachian Quilt Trail’s slogan is “It’s Whatever You Want It to Be.” The map, created in 2012, lists over 700 unique barn quilt squares by their address and coordinates. Learn more at: vacationaqt.com or call 1-888-775-4AQT