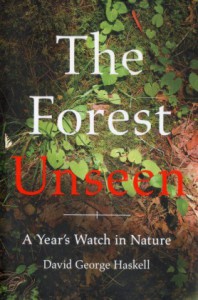 The Forest Unseen: A Year’s Watch in Nature
By David George Haskell

In a circle of Cumberland Plateau old-growth forest roughly the size of a hula hoop, Haskell finds reasons for awe and wonder in the anatomy of a flower or the heartbeat of a chickadee. Inspired by both the place-based writings of Thoreau and the meditative practice of contemplating small, impermanent spaces known as mandalas, the University of the South ecologist and evolutionary biologist records his observations and musings with the eye of a scientist and the words of a poet. — Molly Moore 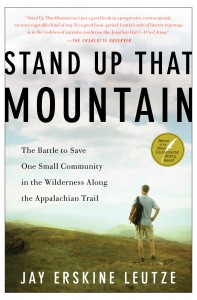 Stand Up That Mountain: The Battle to Save One Small Community in the Wilderness Along the Appalachian Trail
By Jay Erskine Leutz

In Avery County, N.C., a handful of locals are pitted against a large-scale gravel mining company whose illegal practices threaten to destroy their home. Intent on stopping the mine, the author and a ragtag group of locals embark on a four-year legal battle, garnering attention from top environmental lawyers, scientists, activists and, ultimately, the U.S. government. Leutze’s first book and the precedent-setting legal case raise questions about the power of government to regulate industry, the integrity of national parks and the value of natural beauty. — Rachel Ellen Simon 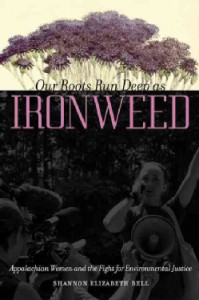 Our Roots Run Deep as Ironweed: Appalachian Women and the Fight for Environmental Justice
By Shannon Elizabeth Bell

A combination of oral history and sociological commentary, Bell presents extensive interviews with 12 Appalachian women engaged in environmental justice work. Bell’s analysis goes beyond the traditional view that women’s activism is grounded in their identification as mothers; rather, Bell argues that these women assume a broader “protector identity” to safeguard not just their families, but also their culture, communities and physical environment. Thirty percent of proceeds will be donated to environmental justice organizations in central Appalachia. — Rachel Ellen Simon