The Means to More Efficient Ends 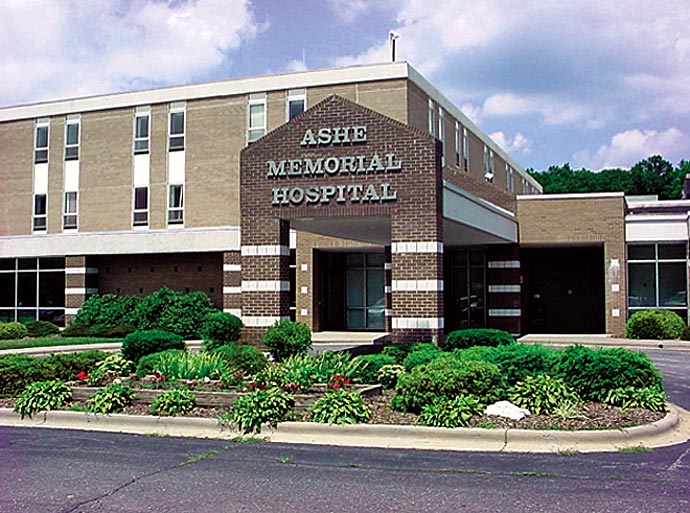 If not in person, most Americans have seen the Empire State Building in pictures and postcards, along with the emerald light that often illuminates the upper reaches of the spire. The iconic building has held its share of marketable claims to fame over the years — the “tallest building in the world,” the “world’s most famous office building.” But in 2011, its green glow took on new meaning when the landmark became the tallest LEED-certified building in the United States.

Given that commercial buildings account for nearly 80 percent of the energy consumed in New York City, the building’s owners knew that retrofits to the skyscraper would benefit the company and its tenants directly. Once completed, renovations will reduce the building’s energy use by almost 40 percent and annual savings will expand to more than $4 million. In the years ahead, the positive impacts will likely reverberate through the larger economy and continue to take the message of energy efficiency as a job-creator and money-saver to new heights.

The latest chapter in the Empire State Building’s 80-year lifespan sets a high bar for long-term efficiency investment. But regardless of their size or type, businesses are finding ways to improve sales and services while employing more people and reducing their overhead. Government policies, and utility and electric co-op rebate programs are helping break down barriers so that every day, energy efficiency and good business become more synonymous.

Energy-saving strategies are taking root in more modest ways in Appalachia, but for the same reasons. At Ashe Memorial Hospital, a shareholder-owned facility in Jefferson, N.C., that receives no tax dollars and invests all profits back into operations, providing the best healthcare possible includes finding ways to maximize efficiency and minimize costs.

After receiving a government grant, Ashe Memorial paid a consultant for a comprehensive energy audit of the 100,000 square-foot facility. As a result, the hospital invested in lighting upgrades, installed energy management tools to closely monitor and regulate the HVAC system, and made other improvements that save the hospital more than $50,000 each year.

It took Ashe Memorial two and a half years to pay off the renovations, but today the campus has improved services by renovating its nursing stations and birthing center, and opening a rehabilitation and wellness center. Last year the hospital, which serves a county of 26,500, was named by the publication of the American Hospital Association as one of the “most wired” hospitals for its use of information technology.

On the outside, the Empire State Building looks much like it did when it was built more than 80 years ago. But when renovations to make the building more energy efficient are completed this year, the iconic buildings’ owners will save $4.4 million annually, benefiting both the owners and their tenants. The buildings’ green makeover also created 252 jobs. Photo from epa.gov

For significant portions of Appalachia and the nation struggling with high unemployment, Ashe Memorial’s story should be encouraging — cutting energy waste is proven to generate income that can be used to create direct, indirect and induced jobs. Companies that work to retrofit buildings hire more electricians, hospitals hire more physical therapists and physicians, and smaller businesses nearby thrive as a result.

“Transforming the market for energy efficiency services requires creating both supply and demand resources at the local level,” writes Eric Mackres, a local policy manager and senior researcher for the American Council for an Energy-Efficient Economy. “New approaches to finance, business models, marketing, and workforce development need to be implemented in communities to create self-sustaining local markets for energy efficiency.”

According to ACEEE, job creation is stimulated by direct investments, market forces, new technologies, policies and federal stimulus programs. These motivations can shift spending patterns to support a healthier economy and create jobs in labor-intensive sectors and those with disproportionately high levels of unemployment including healthcare, education and retail services. Some utilities and governments are doing their part to advance efficiency, others are falling behind.

In addition to benefits for residential customers, utilities including Duke Energy, Progress Energy, the Tennessee Valley Authority, Appalachian Power Company and Dominion Virginia Power offer rebates on equipment, appliances and upgrades to lighting, heating and cooling, chillers and food service equipment. Success stories of those who have taken advantage of the rebate programs range from churches and colleges to family-owned auto shops and grocery stores.

Before Duke merged with Progress last year, the utilities agreed to new targets that will require successful development, regulatory approval and implementation of energy efficiency programs during the next decade.

Many utility rebate programs, including Duke’s “Smart $aver” and Progress’ Energy Efficiency for Business programs, and ratings agencies such as Energy Star, have networks of trade allies to connect businesses with energy service providers in their area. Using the Energy Star Portfolio Manager, small businesses can track their progress by setting benchmarks based on past performance, monitoring energy and water costs. Under the Energy Star brand, the EPA developed a benchmarking starter kit to help businesses of all sizes get off the ground.

More recently, consumer-owned electric cooperatives have begun developing their own residential and commercial programs. The National Rural Electric Cooperative Association’s website features a map and listings of energy savings initiatives offered by electric co-ops nationwide. Currently, the NRECA is working with Congress and the Rural Utilities Service to develop a national loan program that would provide consumers with low-cost financing for improvements to homes and businesses.

States such as Massachusetts, Oregon, Colorado and Hawaii — a few of the states that took top spots on the ACEEE’s 2012 State Energy Efficiency Scorecard — are seeing massive returns on their own policies. When the Connecticut Energy Efficiency Board released its 2012 report at the beginning of March, it found that more than 4,500 businesses and municipalities took part in government-supported efficiency programs, saving approximately $25.9 million last year.

In the “Saudi Arabia of wasted energy potential,” as the Southeast has been called, the policies to support businesses eager to become more efficient can continue if more utilities, electric membership corporations and governments enhance the incentives that protect ratepayers from price shifts, energy waste and unnecessary investments in fossil fuel-generation.

Attempts to introduce energy efficiency goals in Virginia and West Virginia, ranked 37th and 49th respectively on the ACEEE’s State report card, have repeatedly failed. A 2012 report by Optimal Energy Inc., titled “Save Money, Create Jobs: How Energy Efficiency Can Work for West Virginia,” found that while utilities operating in the Mountaineer State — including FirstEnergy and American Electric Power — have some efficiency programs in place, there is a massive, unrealized potential that has kept ratepayers vulnerable. Customers can make changes to increase efficiency, but suppliers must make good on promises to provide reliable, affordable electricity.

“We have a moral obligation to our membership,” says Ray Beavers, the CEO of the United Cooperative Services. “There is so much uncertainty within the electric utility industry right now, as far as providing the end product at a certain cost … just telling our members that the price is going to go higher and not giving them solutions or some assistance to deal with these rising costs, that kind of goes against the grain of who we are.”

Whether its an iconic building in the heart of Manhattan, a community hospital along the spine of the Blue Ridge Mountains, or any other type of enterprise, businesses can take advantage of existing programs to minimize payback time and maximize their return on investment. When utilities and businesses work together, the only direction energy efficiency can take America’s economic resourcefulness and environmental responsibility is up.