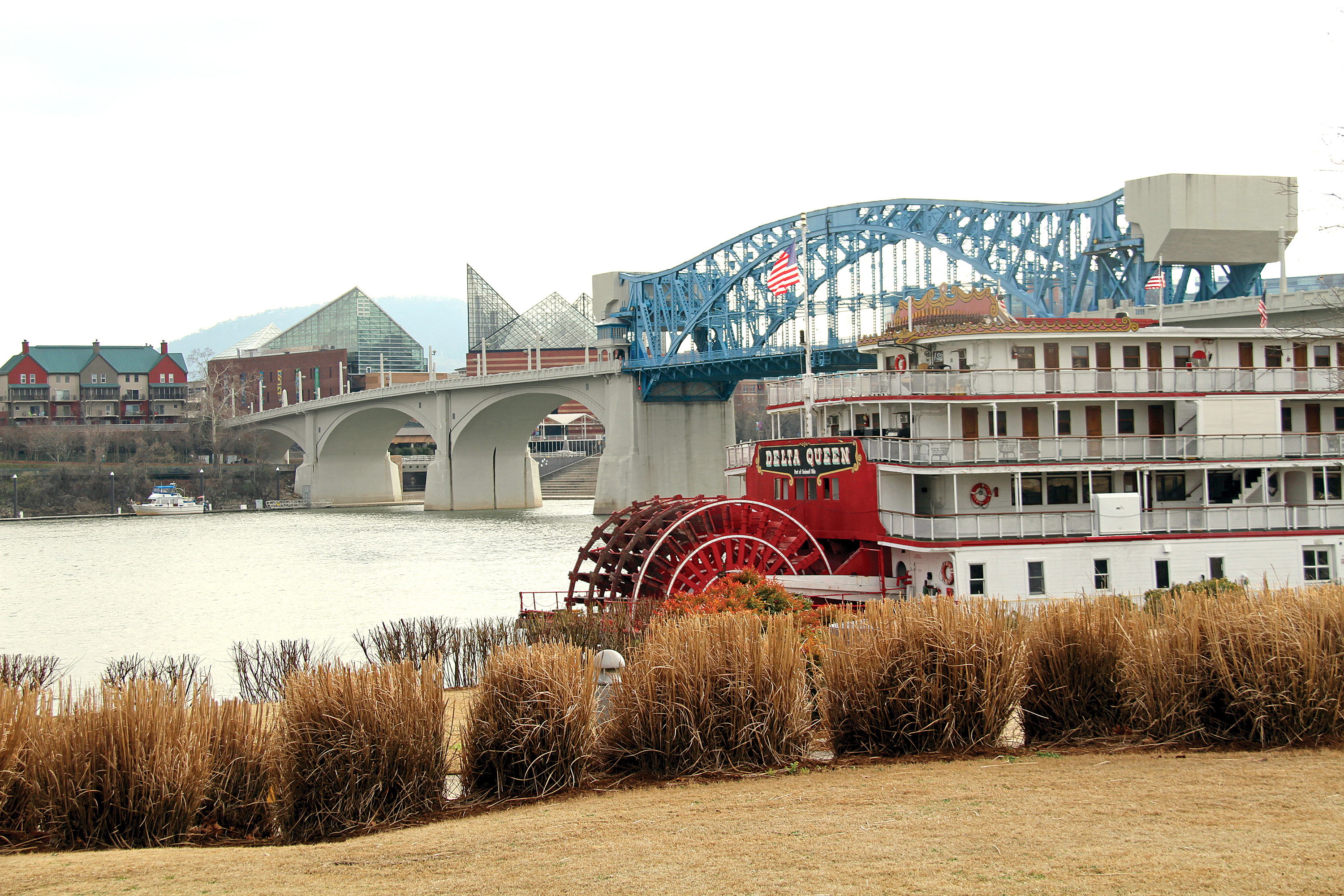 Coolidge Park has served as a laboratory for sustainability initiatives in Chattanooga, Tenn. It sports state-of-the-art streetlights, a parking lot with a rain garden, a building with green roofs, and connects pedestrian and bike paths. Photos by Molly Moore.

As dusk falls on the north bank of the Tennessee River, streetlights turn on at Chattanooga’s Coolidge Park. Rows of gleaming bicycles wait for the next morning’s bikeshare riders, and the sun’s last rays fade from a park building’s green roof.

If the streetlights appear to glow brighter as the riverfront grows darker, it’s not an illusion. Each bulb is part of a highly efficient and intelligent network that is helping the city reduce its carbon footprint and utility bills while expanding public services and bringing jobs back from China.

That’s a lofty task for a lightbulb, but over the past few decades Chattanooga has overhauled ordinary city systems, such as electric grids and public buses, to deliver unprecedented services while putting Tennessee’s fourth-largest metropolis on the short list of sustainability leaders. The polluted city derided by Walter Cronkite as the “dirtiest city in America” in 1969 has come a long way in cleaning up its air, water and reputation.

“There’s an old saying, that when you see a turtle on a fencepost, you know there’s one thing for sure, it didn’t get there by itself,” says Dave Crockett, formerly a city councilman and director of the city’s Office of Sustainability. He attributes the city’s turnaround to “a culture of how to make decisions” that considers new initiatives holistically. In recent years, Chattanoogans have taken the lessons from their city’s triumphs in environmental and economic revitalization and applied them to a problem that plagues the Southeast: energy waste.

Compared to incandescent bulbs, the 350 LED induction lights around Coolidge Park are brighter, require less maintenance, and demand less than half the electricity. If they are implemented across the city as planned, the system would pay for itself in about seven years.

At midnight the lights dim, reducing electricity use and light pollution. Outfitted with radio communications, however, the lights can be controlled individually and the luminosity can be raised by 200 percent or set to a strobe pattern at a moment’s notice. The local company building the lights is bringing jobs back from overseas to fill the city’s order and prepare for contracts with the system’s admirers.

Despite the energy-saving prowess of LED bulbs, technology is the least important element of this and other green advances, says Crockett. In the old streetlight system, about 5 percent of lights are broken at any given time, defaulting to the “on” setting where they run constantly until someone calls for maintenance. Installing highly efficient lights into that network, Crockett says, would be “like putting rocket boosters on horseshoes.” Upgrading the whole system with radio communications not only assists first responders, it saves an additional 25 percent in energy consumption by telling the city where broken lights are and which parts they need.

To truly capture the benefits of “gee-whiz” technology, Crockett says, any plan must begin with careful consideration of the environmental, economic, social and educational goals. “If you think in a single dimension, by definition you’re not thinking sustainably. And if you’re not thinking sustainably, then you’re giving up a lot of the benefits, including financial benefits.”

Chattanooga’s green streetlight project is an outgrowth of a comprehensive Climate Action Plan that the city council ratified in 2009. Behind that report is a visionary band of four, a dedicated group of 14, the input of 500 concerned citizens, and a mayor who approved it all.

In June 2006, Gene Hyde, the city forester, and June Coppinger, a realtor, approached Mayor Ron Littlefield to ask whether he would sign on to the U.S. Conference of Mayors Climate Protection Agreement. Prepared for a “no,” they were floored by Littlefield’s affirmative response. “I was the only city employee there at the time,” Hyde says. “(The mayor) said, ‘You want it, you got it, dude. Make it happen.’”

In his spare time, Hyde began meeting with Coppinger, Heather Adcox, now the director of the city’s Office of Sustainability, and Anj McClain, who leads the nonprofit sustainable building center Green Spaces. The four pounded the pavement, making connections with community stakeholders such as Chattanooga Gas and the Association of General Contractors. Everyone agreed that increased sustainability was something that Chattanooga should tackle, though each organization had different ideas about how.

On Earth Day 2008, the newly formed, 14-member Green Committee turned to the public for suggestions on how to make the city more sustainable. A public brainstorm session with five hundred participants generated over a thousand ideas, which the committee distilled into a list of 47 action items to form the basis of the 2009 Chattanooga Climate Action Plan. The proposal, which included the creation of the Office of Sustainability, was unanimously approved by the city council.

Adcox and Hyde attribute the document’s success largely to the Green Committee’s diversity. Members represented a cross-section of business, civic and environmental leaders, including the executive directors of the Homebuilders Association of Chattanooga and the Chattanooga Manufacturing Association. Industry representatives had a vested interest, and the result was a plan for environmental actions that the business community could publicly support. 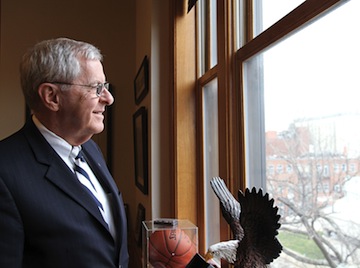 Appalachia ought to have learned its lesson about ecological devastation, outgoing Chattanooga Mayor Ron Littlefield says, citing the strip mining, acid mine drainage and habitat loss that trouble the region. “We are an example of environmental disaster and we certainly need to not create another one. And (Chattanooga) can show that we can come back from that and adopt new standards, new ways of doing business, and be part of the future instead of just an interesting part of the past.

One of the plan’s overarching goals is reducing the city’s carbon footprint.

On Aug. 5, 2012, Mayor Littlefield announced an executive order mandating 25 percent cuts in energy use at city departments and agencies by 2020, an initiative estimated to save $2.85 million of the city’s $11.4 million annual budget each year. The order includes benchmarks such as 35 percent reductions in buildings’ electricity use and 20 percent cuts in water use, and recommends actions like turning off equipment when not in use, installing sensor-controlled lights, and upgrading HVAC systems.

These announcements weren’t a surprise to most Chattanoogans, Adcox says. The most common response she heard was, “What took (the city) so long?”

Adcox is passionate when she talks about energy efficiency, calling it “almost a no-brainer” for municipal government. “It’s the easiest thing to measure, the quickest return on investment, it’s impactful, it’s visible, it’s the city leading by example, it’s job creation, it’s all of those things,” she says.

Progress has been slow, however, partially because of funding cuts to the sustainability office last spring. A new mayor, Andy Berke, is taking office in April 2013. His staff recently issued a statement supporting energy efficiency and saying that the incoming team will consider the existing goals as part of a comprehensive sustainability strategy. Adcox hopes he will back aggressive measures to curb energy use. “We can’t do it one lightbulb at a time, that’s not going to be an effective way to get things done,” she says.

To Littlefield, the executive orders are about leading by example. The two-term mayor grew up in Georgia’s textile country, and he remembers when mills routinely dumped waste into streams.

“Now industries are saying ‘We’re not going to do that anymore and we don’t expect anyone else to do that,’” he says. “(Chattanooga is) going to do our part to do just what we’re asking these industries to do.”

The outgoing mayor has good reason to believe that environmental standards can attract jobs. Under his watch, two of the city’s largest employers, Volkswagen and Alstom Power, chose to locate new manufacturing plants in Chattanooga largely because of the city’s commitment to what the mayor calls “a high quality of life.” Both facilities have achieved high LEED standards for green building, and the Volkswagen plant can churn out 12 percent of its overall energy use from on-site solar panels.

A high quality of life is important for its own sake, Littlefield says, but successful cities also need to recognize its economic value. Once a city views quality of life as goal, it makes sense to enhance the environment, protect the energy supply and be more energy-efficient. “You can’t be wasteful with energy and expect to not be wasteful with other elements,” he says.

If Chattanooga’s electric grid is any indication, city-wide energy use is on the same path as its streetlights. The Electric Power Board, a city agency that distributes power generated by the Tennessee Valley Authority, has outfitted its 600-square-mile coverage area with fiber-optic cables that can deliver the fastest internet in the Western Hemisphere. 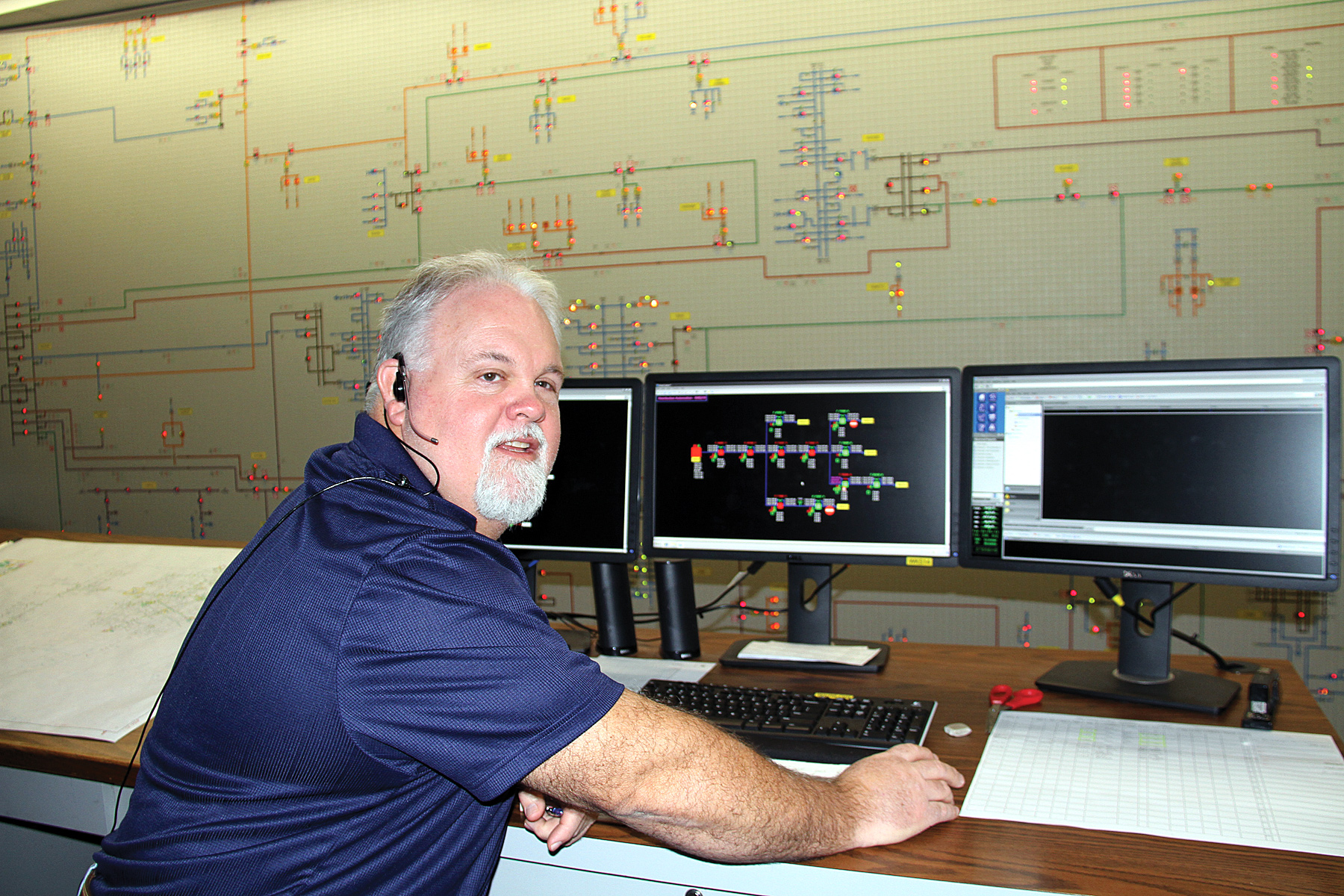 Wayne Elrod, an electrical dispatcher with the Electric Power Board, has seen his job change since the utility upgraded to fiber-optic wires. Power lines are now equipped with “IntelliRupters” that communicate with each other and with the central computers. Instead of venturing out in the “trouble truck” to find the source of blackouts, Elrod can now detect downed lines from a monitor at dispatch headquarters.

The same infrastructure that can deliver gigabit-speed connectivity also allows the utility to deploy cutting-edge “smart meters” to track when energy is used. This lets the power board offer lower rates for electricity that’s used during off-peak times. Savvy customers can then save money by drying a load of laundry at 9 p.m. rather than 5 p.m., and the utility avoids paying additional fees to TVA for using energy during high-demand hours. In theory, TVA can use those energy savings to avoid constructing a new power plant.

Smart meters are being discharged across the country, but Chattanooga is ahead of the curve, says Jim Glass, the distibutor’s manager of smart grid development. Once meter installations are completed this spring, the fiber-optic network will allow ratepayers see 15-minute updates to their energy use in real time via a secure online account. The whole idea, says Glass, is to make it easy for a customer to draw connections between their activities and electricity consumption.

As meter installations wrap up, Glass is excited about new ventures, such as experimental devices that can help hot water heaters take advantage of their natural thermal properties to avoid draining the grid during peak hours. But he acknowledges Crockett’s view that technology is only part of the solution.

“You can build all these great smart grids and put the best and the latest technology into the system but ultimately it really is up to the individuals trying to save,” Glass says. “That’s what we’re trying to do is just get that conversation going.” Regardless of how enthusiastic today’s customers turn out to be, electricity consumption is headed in the direction of increased efficiency, he says, and the Electric Power Board is ready.

When asked about what he wants his legacy to be, Mayor Littlefield cites the old Boy Scout guideline to “leave the campsite better than you found it.” When it comes to the city’s energy future, however, it seems another Boy Scout mantra applies — “Be prepared.”