“And Daddy won’t you take me back to Muhlenberg County,
Down by the Green River, where Paradise lay.
Well I’m sorry, my son, but you’re too late in askin’.
Mr. Peabody’s coal train has hauled it away.” 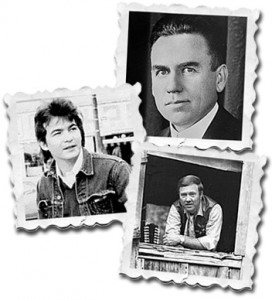 Ask anyone if they know a song about coal mining and chances are they’ll mention “Paradise,” by John Prine—a lament for the lost innocence of the award-winning singer’s beloved Kentucky birthplace before it was ravaged and sullied by coal-mining giant Peabody Energy.

But Prine’s elegy, recorded in 1971, is only one example in a long lineage of songs that sprang from social upheaval in Appalachia. And, often the target of such upheaval landed in the deep shafts and dangerous strip mines of the coal industry.

At the turn of the 20th Century, the people of Appalachia faced a double-pronged paradox—the struggle between being forced to work in the mines for lack of better income and the knowledge that the process took a tremendous physical toll on the people and on the pristine mountain landscapes their forebears had known so well.

Because unionization was often non-existent or the cause of violent bloodshed, residents found more creative outlets in an attempt to express their pain and often outrage of the atrocities wrought by Big Coal.

“The songs and ballads which sprang from the soil of the anthracite coal region have in them the crude strength, the naturalness and freshness of things that grow in the earth,” George Gershon Korson wrote in his seminal 1960s work, “Minstrels of the Mine Patch.”

“Then the coal company came with the world’s largest shovel
And they tortured the timber and stripped all the land,
Well, they dug for their coal ‘til the land was forsaken,
Then they wrote it all down as the progress of man.
— Paradise, John Prine

The “progress” Prine vilified became the fertile soil for many songs by a diversity of folk musicians.

According to folklorist Archie Green, “Only a Miner” was one of the first publicly released recordings of a mining song. However, other sources say the very first was “The Dream of the Miner’s Child,” recorded by Vernon Dalhart in 1925,

An anonymous tune, “Only a Miner” details the dangers, isolation and hardships faced every day by coal miners and was released by Paramount in 1928.

“The hard-working miner; their dangers are great
Many while mining have met their sad fate
While doing their duties as miners all do,
Shut out from the daylight and their darling ones, too,
He’s only a miner been killed in the ground,
Only a miner and one more is found,
Killed by an accident, no one can tell,
His mining’s all over, poor miner farewell.
— “Only A Miner” (artist unknown)

Today, many folk singers owe a tremendous debt to Appalachian protest songs. Since the first recorded coal-mine disaster in Black Heath, Va. in 1839, musicians have expressed the pain and melancholy echoing through the stripped mountains and valleys.

“Appalachian protest songs have always interested me. I have always been drawn to the story or the worker or common man and feel that those stories need to be told,” Tennessee-based singer-songwriter Richard Stooksbury said.

“Though there have been many to draw inspiration from over the years, my favorite continues to be Billy Edd Wheeler’s ‘Coal Tattoo,” he said.

“We were falsely promised riches with coal mines,
And forests with spruce trees to spare,
And the mills and the industry and the progress,
We were given a shake that’s never been fair,”
— “Kudzu” (Richard Stooksbury)

Now based in Nashville, Stooksbury grew up near Anderson County, at one time Tennessee’s leading coal-producing region—just a stone’s throw from the infamous Coal Creek labor dispute of the late 19th Century.

“Although I had read a lot about coal miners and their struggles, as well as having heard the oral traditions, it was not until I discovered songs like ‘Coal Tattoo’ that it took on the visceral emotion that only a song can deliver,” Stooksbury said.

For more information on Appalachian protest songs as they related to coal-mining, see Archie Green’s excellent book, “Only a Coal Miner” (University of Illinois Press, 1972).