Ticks: Get to Know Them, and Then Avoid Them 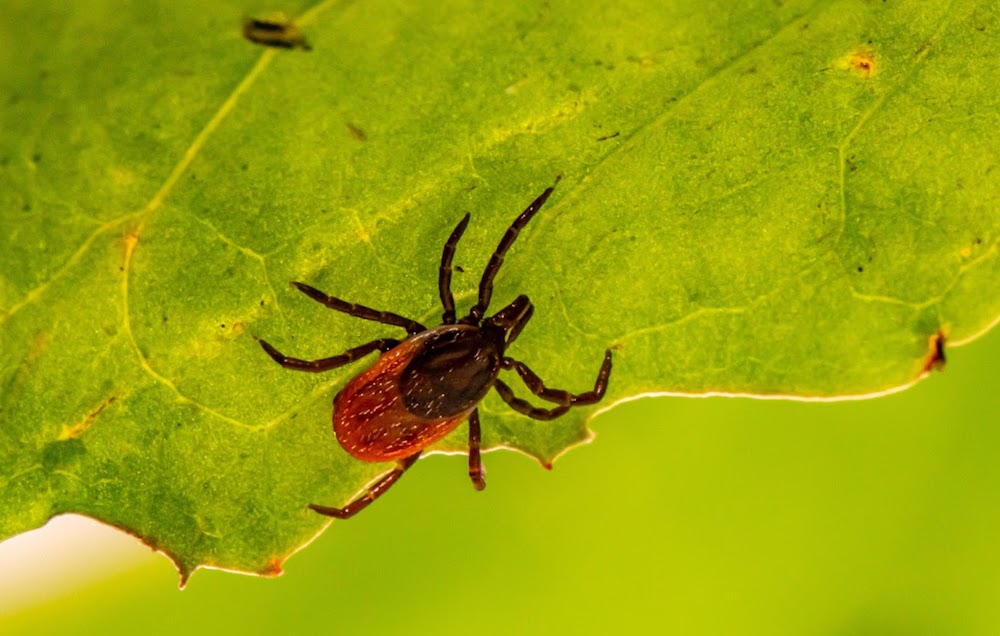 For at least 100 million years, there have been poppy seed-sized blood-sucking creatures called ticks carrying bacteria that cause various illnesses in humans.

Ticks go through four life stages: egg, larva, nymph and adult. After an egg hatches, a tick must have a blood-meal at each stage in order to survive. Each stage also requires a new host. After completing their two- to three-year lifespan, female ticks detach from a host and lay eggs, typically in the springtime. These eggs hatch in summer and larval ticks emerge. Larvae are active but less likely to transmit tick-borne pathogens during this stage. Between fall and spring, as the weather warms, larvae molt and enter a more active stage as nymphs.

In their nymphal stage during spring and summer, ticks begin to seek out human hosts. They stay attached to their host for days before dropping off and transitioning into the adult stage. Ticks are most difficult to detect in this stage because they are so small, measuring less than 2mm. 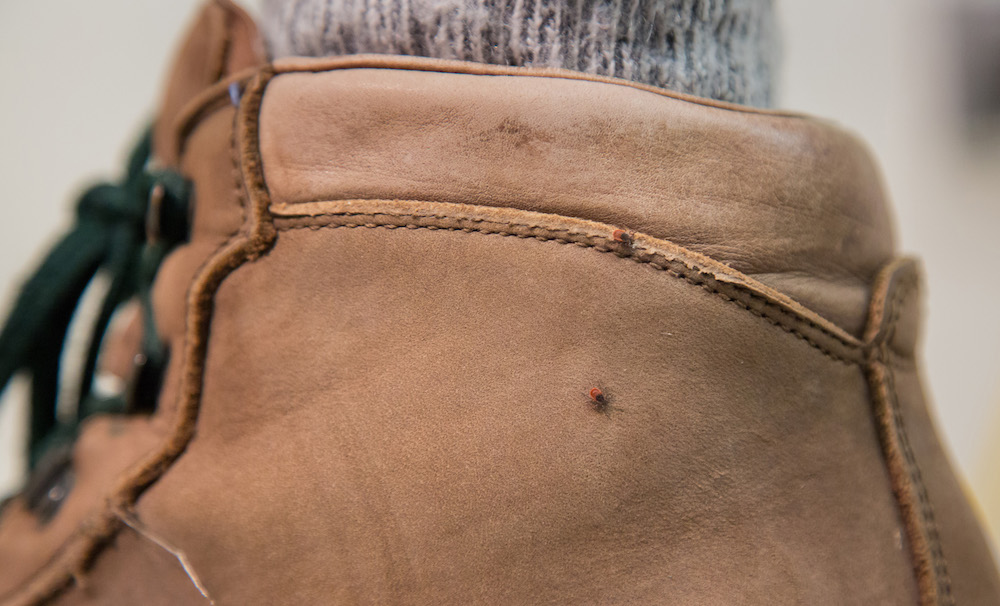 As an adult, ticks are questing for their final host. Adult ticks become inactive during the winter months, resuming their quest for a blood-meal in late February to early March.

A changing climate has both shortened and warmed the winter season in some regions, contributing to the ideal environmental conditions for ticks. Consequently, tick populations are growing and incidences of tick-borne illnesses like Lyme disease have been on the rise.

Before a tick spreads disease, however, they first need to find a meal. They do so by waiting in leaf litter and low-lying brush. This waiting is called questing. Ticks use their third and fourth pair of legs to rest on the tips of leaves and blades of grass. And because they can’t fly or jump, they sit, with their first pair of legs outstretched.

When someone — or something — brushes along the edge of the forest, ticks latch on with their two front legs.

A tick can attach to any part of the human body. Often ticks are found in hard-to-see areas such as the groin, armpits or scalp, according to the Centers for Disease Control and Prevention. Cam Heustess, a Western North Carolina construction worker, found a tick on his hip last summer while completing a project on the New River.

“I came in from building a garden shed off the New River, and one had attached on my hip,” he says.

Heustess submitted his tick to a tick-ID program in North Carolina and discovered it was a blacklegged tick.

These are one of the most common ticks among the Southeastern United States that bite humans, according to the CDC .

“In West Virginia and Appalachia in general, if you pick up a tick it’s probably going to be either the blacklegged tick or it’s going to be the American dog tick,” says WVU Associate Professor Timothy Driscoll.

A third tick, the lone star tick, is also present in the region but not found quite as often. These are the “three main flavors,” he says.

So why did that blacklegged tick end up on Heustess’ hip? Ticks find their hosts by detecting things like breath and body odors, or by sensing body heat.

“One of the big things they can sense is carbon dioxide in warm-blooded animals,” Driscoll says.

“Mammals give off CO2 as they perspire and ticks can use that as a cue that says ‘Hey, there’s some warm-blooded thing walking by,” he adds.

Lyme Disease
Lyme disease is the most common vector-borne disease in the United States. It is caused by the bacterium Borrelia burgdorferi and is transmitted to humans through the bite of infected blacklegged ticks. Most cases of Lyme disease can be cured within 2 to 4 weeks, with a course of oral antibiotics; however, patients can sometimes experience symptoms for more than 6 months following treatment.

Alpha-Gal Syndrome
Alpha-gal Syndrome, or red meat allergy, is an allergic reaction to consuming red meat. It is commonly reported among people living in the Southeastern United States and believed to be triggered by the bite of a lone star tick or blacklegged tick.

Driscoll states that ticks can also detect or respond to different things in a host animal’s hair, dander or skin.

A (sometimes barbed) feeding tube and a cement-like secretion allow a tick to stay firmly attached to its host. If undetected, a tick will stay latched onto its host long enough to get engorged before falling off. Sometimes this can take up to 36 hours.

It’s highly unlikely that a human is the first blood-meal for a tick.

In the nymphal stage, she says, a tick will predominantly feed on small rodents and mammals, like mice or deer, and some birds. The blacklegged tick, for example, feeds mostly on white-footed mice, scientists have found.

While feeding, a tick may ingest a bloodborne infection from the host. The tick will pass on this infection to its next host. Sometimes, these infections carry the pathogens that cause vector-borne diseases.

The tick that latched on to Heustess was carrying Lyme disease, an incident which researchers say becomes more common every year. In the hospital, Heustess said his doctors told him he could be managing his illness for the rest of his life, and so far he has. Heustess says there are times when his illness flares up; seemingly out of nowhere he gets feverish and his joints ache.

“We always encourage people, regardless of what time of year it is, that they should take some measures to reduce their exposure to ticks and prevent vector-borne disease,” Barbarin says.

Ticks are tiny creatures who pack a powerful but infectious punch. Simple wardrobe changes can make all the difference when trying to avoid them.