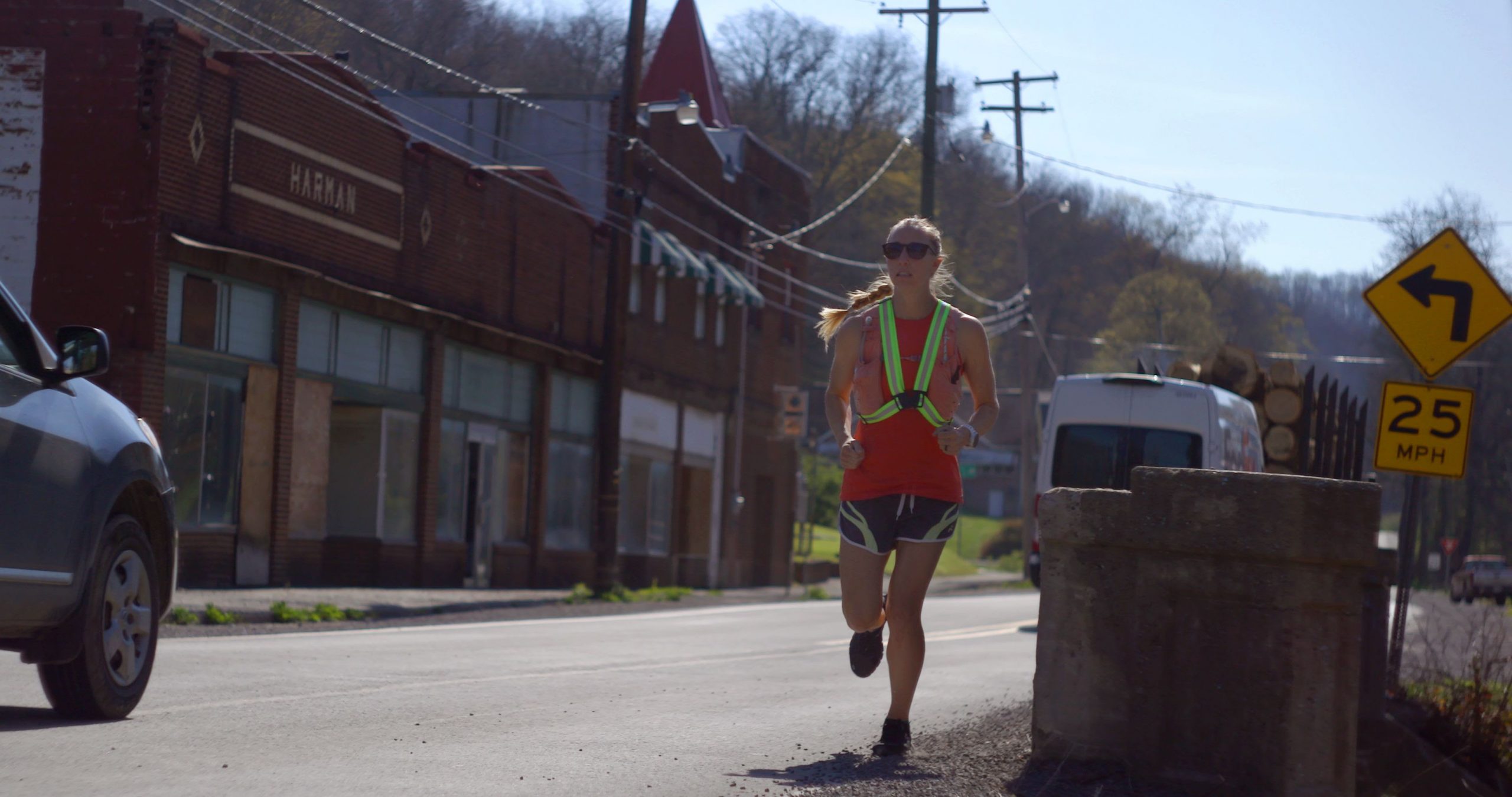 On a damp, gray afternoon on April 24, Mercedes Walters, 32-year-old transplant from California to Washington, D.C., arrived in Mobley, West Virginia, ready for a 415-mile run. Walters, with two teammates — Sarah Hodder, 31 of Shepherdstown, West Virginia, and Katie Thompson, 32, of Charles Town, West Virginia — planned to run relay-style for 10 days alongside the entire route of the Mountain Valley Pipeline from Mobley to Chatham, Virginia. The runners celebrated the completion of this feat May 4.

A few years before, when Walters learned of the ongoing resistance to the Atlantic Coast Pipeline and similar pipelines across the country, she knew concretely that she wanted to do something to contribute. Alongside her passion for trail running, which she developed while a graduate student in Washington, D.C., she also grew an increasing appreciation and connection to the Blue Ridge Mountains, the Shenandoah Valley and the Appalachian Trail. She aspired to protect them from the threats posed by fossil fuel infrastructure.

Between 2019 and 2020, Walters came up with her initial idea to advocate with her endurance by planning a 125-mile run along the Appalachian Trail to raise awareness of the Atlantic Coast Pipeline, which was scheduled to cross the trail. When the Atlantic Coast Pipeline was canceled in July 2020, Walters shifted focus to the similar Mountain Valley Pipeline, which would also cross the trail.

Walters attempted that run in September 2020 and fell short of her 125-mile goal, but it helped her chart a course for a larger project to follow in 2021. That is what led Walters and her team to Mobley in April to stand at the head of a 415-mile path along the MVP, mapping their route.

Running with a purpose came naturally to Walters.

“I played soccer in college, so athletics was just kind of how I moved through the world,” she says.

It also served as a way to directly bear witness to what was being threatened by fossil fuel infrastructure.

“[The pipes] are going to cross national forests and state parks,” Walters says, noting that there are several parks and wildlife management areas in the path of the MVP.

As the three women made their way along winding creeks, green pasture and rural towns from April 24 to May 4, one of their major goals was to collect the stories of affected landowners on the path of the MVP. 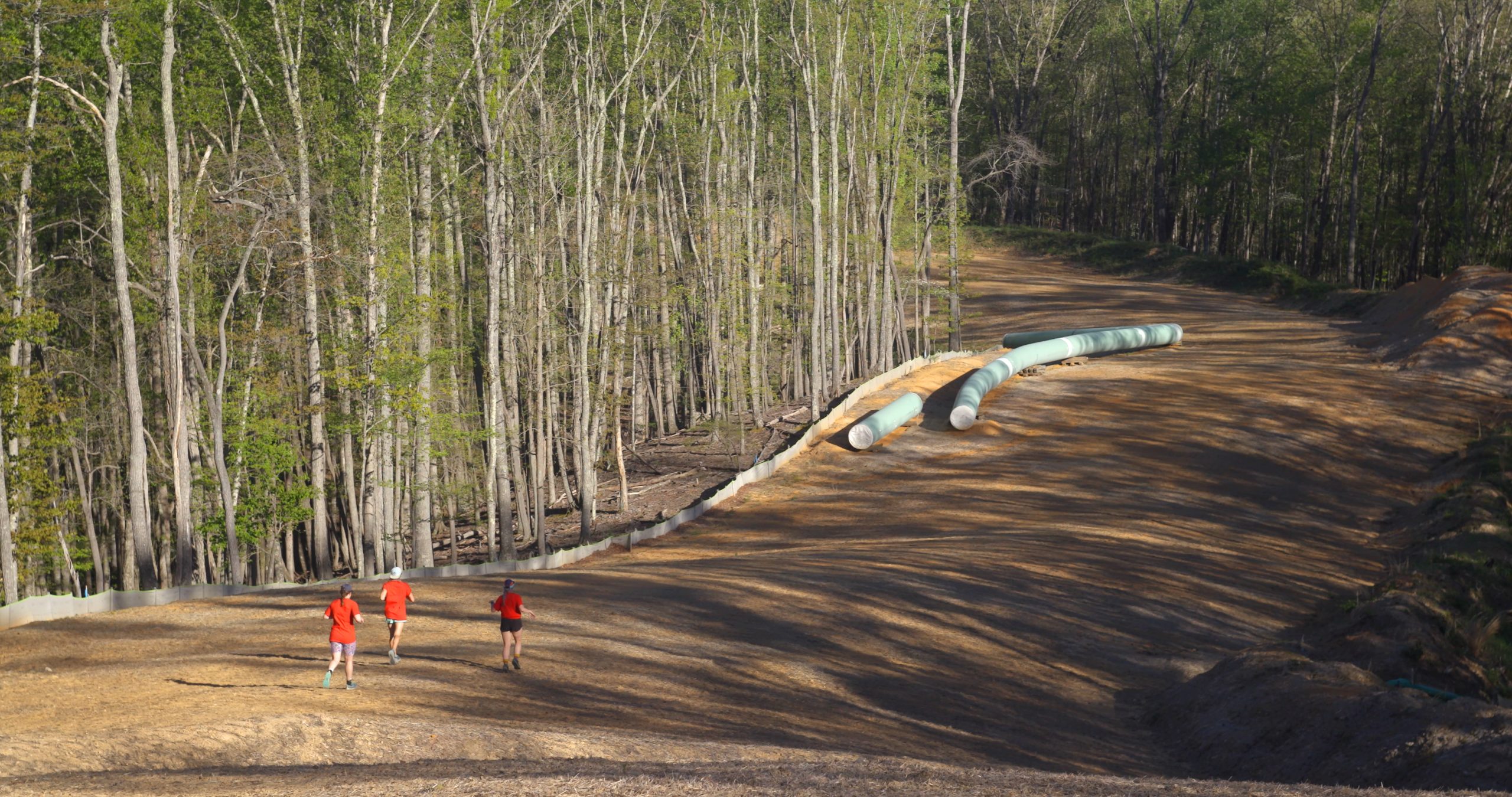 “It’s really their livelihood that’s being affected,” Thompson says about some of the farmers they met. “It goes right through their property and affects their water.”


For Thompson, there is a personal meaning to the impact of the pipeline on rural communities.

“I grew up in a rural area so preserving farmland and lands has always been a pretty big deal,” she said.

Currently, the pipeline is not permitted to cross water sources.The runners have seen pipes sitting stalled next to creeks MVP has proposed to cross.

“The pipes have been sitting there for years,” Walters says, adding that despite the pipes being potentially degraded by sun and weather, MVP developers are likely to try to use them.

The 10-day run has garnered the support of advocacy groups including Protect Our Water, Heritage, Rights (POWHR), a coalition of grassroots organizations, ARTivism Virginia, Appalachian Voices, which publishes The Appalachian Voice, as well as local residents who have pitched in to provide food, lodging and coordination help. The runners have also raised more than $13,000 for POWHR and the Monacan Indian Nation. The Mountain Valley Pipeline goes through Monacan ancestral lands and the current homelands of many Monacan people.

The runners, who switched off every 5 miles, say they have been overwhelmed by the strong show of support and welcome they have received from communities along the route.

“It’s incredible the network they’ve formed amongst themselves all fighting the fight,” Thompson says. “We’ve been running along the course and all of these people know each other and they’ve been their own support system because no one else will be. They’ve been thanking us for taking the time to do this, but they’ve been fighting it for seven years.”

In turn, members of POWHR say that the runners have renewed people’s hope.

“Over and over again we’re told, ‘You can’t win against these fossil fuel companies,’” says Russell Chisholm, co-chair of POWHR. “And you can imagine that that’s a lonely feeling if you are someone that is outspoken in your opposition to a project like this. The regulatory system cast aside their views on the project, the legal system cast aside their views on the project, the eminent domain courts cast them aside; everybody that is most directly affected by the project gets forgotten about. I think they saw an opportunity here to use their legs and their running ability to say, ‘Let’s let these people know that we still see them.’”

To learn more about the run or donate, visit mvpprotestrun.org. 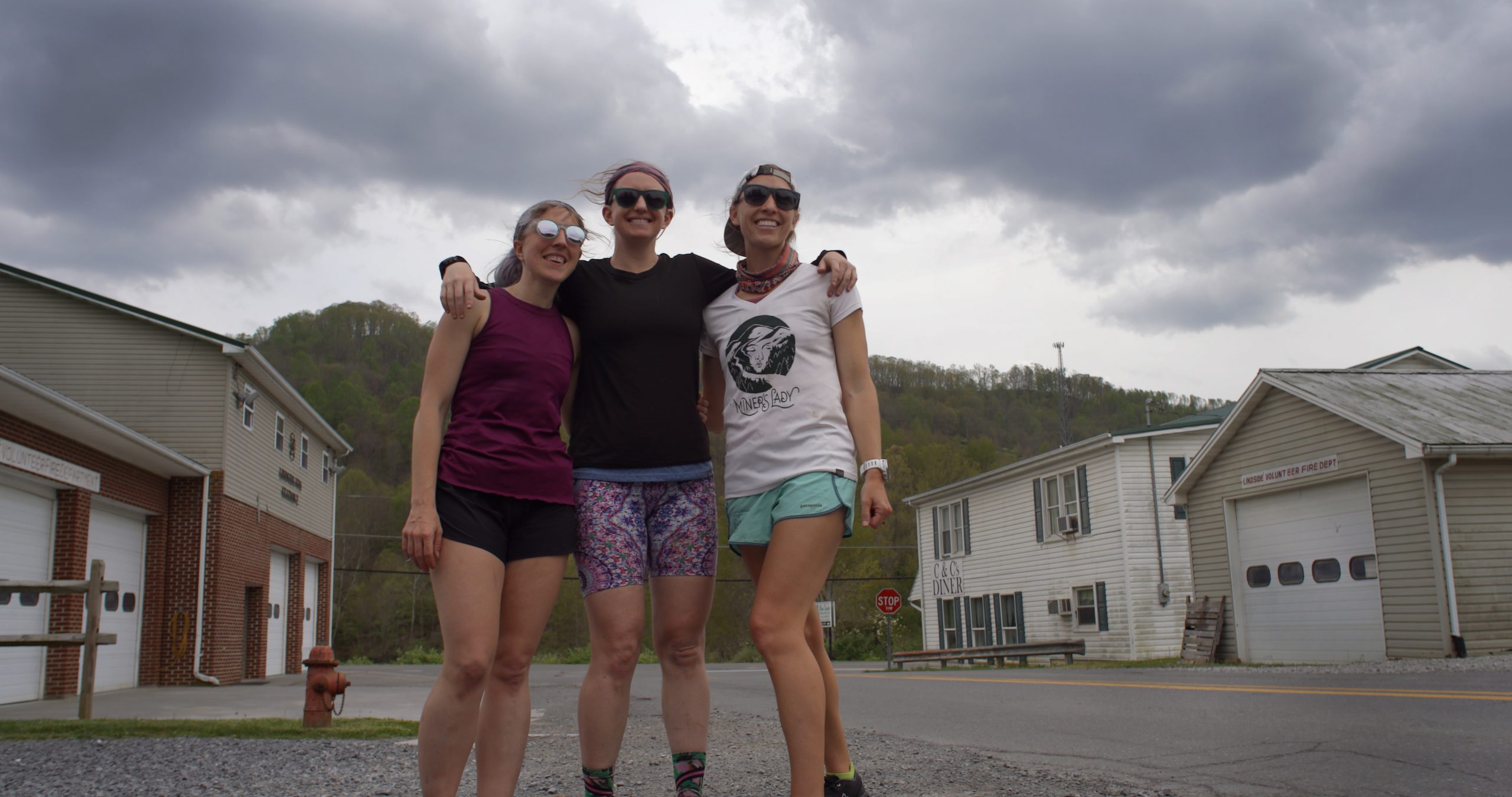