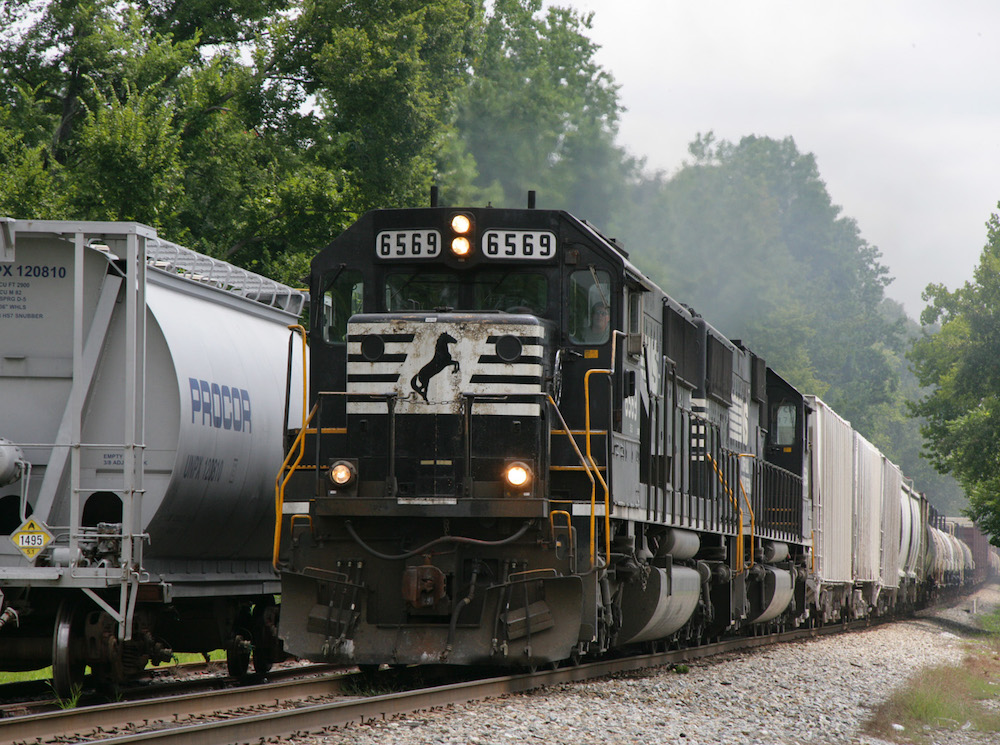 When Tracy Williams’ son walked in with coal dust on his face after playing outside about six years ago, she knew something was wrong in her community of Lamberts Point, Virginia. She states that she was left without an explanation for the dust until a member of New Virginia Majority knocked on her door and offered her a flyer detailing how rogue coal dust from Norfolk Southern’s nearby coal terminal and railyard was impacting residents. The nonprofit organization is working to raise awareness of and change the rail company’s practices.

The problem attracted the attention of the U.S. Environmental Protection Agency after years of residents raising concerns, and in September 2020, the EPA awarded $526,603 to the Virginia Department of Environmental Quality to study the connection between health complications in surrounding communities and coal dust exposure from the industrial railway. The DEQ intends to use the grant to monitor airborne toxins and conduct health risk assessments in and around Lamberts Point and the community of Southeast Newport News. 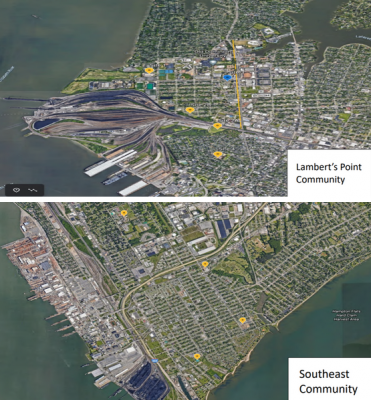 The DEQ’s initiative, called the Tidewater Air Monitoring Evaluation project, is set to run for three years, and will consist of set-up and instrument testing, one year of air quality monitoring, the completion of health risk assessments and final reporting. The air pollution sensors will remain in the communities after the project is completed. Although COVID-19 has changed methods of interacting with the public, the DEQ states that they are currently working on a revised approach and plan to incorporate community input during their stages of project development.

“We have a pretty strong community involvement component to this- as a matter of fact, that was probably one of the strong reasons that we got approved for this grant,” says Charles Turner of the DEQ.

Since receiving the grant money from the EPA on October 30, the DEQ has begun securing trailers for monitoring equipment, completing equipment inspections, evaluating the technology of monitors and assessing potential monitoring sites in the Lamberts Point and Southeast communities, according to Turner.

Residents in both communities have advocated for dust mitigation at local, state and federal levels for years after struggling with impacts from the dust. Several Lamberts Point community members state that they have been brushed off by Norfolk Southern spokespeople when trying to set up a time to talk about their concerns.

Coal dust remnants, whether visible to the naked eye or not, have the potential to cause both short- and long-term health issues. According to the Centers for Disease Control and Prevention, coal dust exposure can make people more susceptible to a list of medical conditions including bronchitis, chronic obstructive pulmonary disease and asthma.

While the research stemming from this grant has more funding than previous projects, it is not the first research on health issues related to coal exposure near the Norfolk Southern railway. Several local residents said they are excited about the new DEQ project, but some also feel let down by the way the situation has been handled so far.

Kim Sudderth, an advocate with nonprofit environmental organization Mothers Out Front and lifelong resident of Lamberts Point, wants to make sure community voices are involved in the research. She would like to see research from the grant produce solutions as a result of both DEQ findings and input from the community.

Sudderth envisions a board of people constantly assessing, revising and conceptualizing potential solutions. She says this could include regional outreach to share the experiences of Lamberts Point residents with a broader audience and solicit more ideas.

“One person can’t, and shouldn’t have to, carry the burden of providing all of the answers,” says Sudderth.

She also suggests that college students could be hired as paid research assistants to gather more information and provide educational opportunities. The DEQ has paid internship opportunities available for nearby universities such as Norfolk State and Hampton University to take part in the research through maintenance and operation of the monitors, which is funded separately from the recent EPA grant. 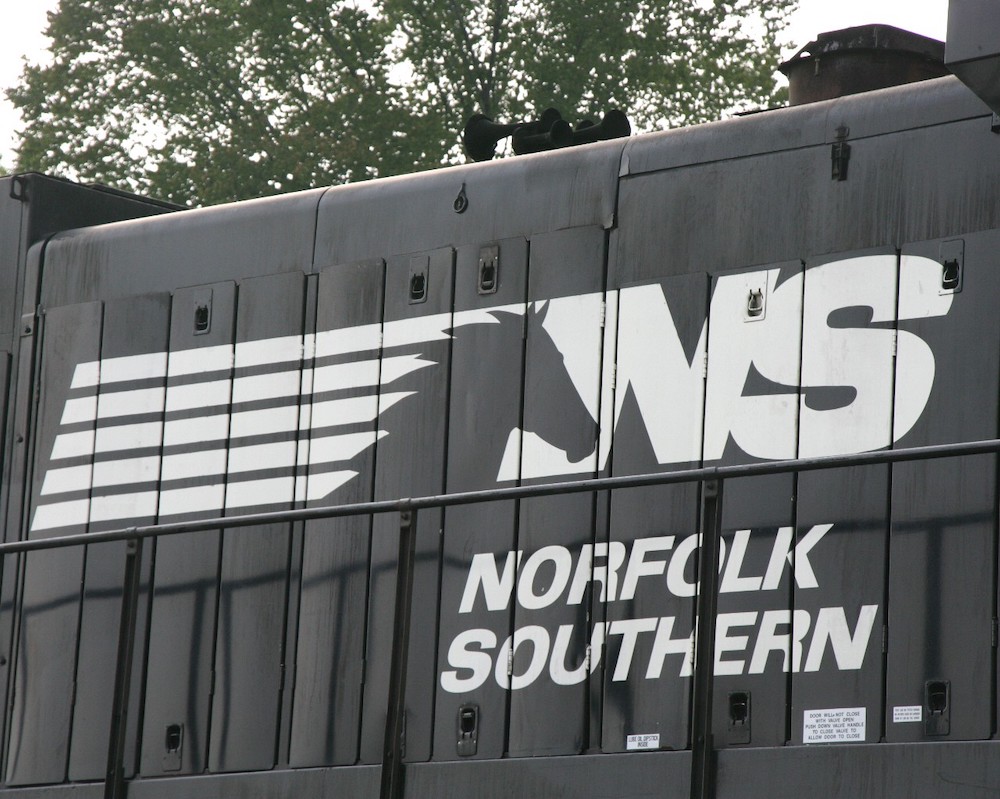 “We just want Norfolk Southern to talk with community members,” Sudderth says, noting that the company has previously been uncooperative when residents and organizations such as New Virginia Majority have tried to set up a time to talk about covering train cars.

Residents and members of New Virginia Majority have requested that Norfolk Southern cover the train cars for years to help mitigate dust and its distribution while the cars travel on the tracks.

Health-related consequences are not the only impact of the coal dust. Local residents also cite financial, educational, and emotional side effects. Sudderth stated that the DEQ should incorporate costs associated with hospital visits for coal-induced asthma attacks, time off work to make those visits, and school days missed from being sick into their research.

Tracy Williams, a mother and advocate living near the railway, estimated that nearly half of newcomers to Lamberts Point are not aware of the railway’s effect on the community.

“If people were being updated on this, it probably would make a big difference in the community growing, which is a bad thing, but might also be a good thing because then [Norfolk Southern will] wake up and see that there’s a problem,” Williams says.

Lamberts Point resident and New Virginia Majority member Charles Corbett is skeptical of the study because of Norfolk Southern’s past self-monitoring for air pollution.

“It’s a lot of money to do some monitoring,” Corbett says.

He explained that the company installed their self-monitoring equipment alongside a highway busy with diesel trucks and construction projects.

“They’re going to get a lot of stuff mixed up with that coal dust, and that’s what Norfolk Southern plays on,” Corbett says.

The DEQ plans to put their air quality sensors at different points throughout each community.

Garry Harris, head of regional nonprofit organization Center for Sustainable Communities, said that the focus should be on treating and changing the cause of the problem instead of the symptoms.

This could include covering railway cars or using the grant to take action to mitigate the issue at its roots.

“We can’t afford a second shot at this,” says Harris. “We need to fix the problem now.”

Editor’s Note: This article was corrected on Jan. 19 to clarify that the community of Southeast Newport News is affected and that several Lamberts Point community members state that they have been brushed off by Norfolk Southern spokespeople.