Opposition to a proposed coal ash landfill is running strong in Anderson County, Tenn. The Bull Run power plant is scheduled to close by 2023, and the Tennessee Valley Authority plans to build a new landfill nearby to store coal ash in the community of Claxton, Tenn.

A nearby neighbor of Bull Run speaks out at the Anderson County meeting. Photo by John Todd Waterman

On Feb. 18, the Anderson County Commission held a packed public hearing regarding the proposal, and invoked the Jackson Law in an attempt to block the landfill permit process from moving forward. The Jackson Law in Tennessee allows local governments to deny permits for landfills within their boundaries, but during the meeting TVA’s Bert Robinson argued that the law does not apply in this case, according to the Oak Ridger. At the meeting, county commissioners also discussed stopping the landfill through zoning because the property TVA purchased in Claxton is currently zoned for residential use.


Local residents and elected officials, along with community and environmental groups, have been holding meetings to discuss the coal ash storage options and how to prepare for Bull Run’s coming closure, which could involve moving the coal ash. Currently, 5 million tons of coal ash is stored at the site near the Clinch River, and TVA stated in July 2019 that it does not plan to move the ash unless required to.

In February, a couple living near Bull Run sued the utility, alleging that pollution from the facility is responsible for health problems experienced by their children that include neurological, lung and heart issues. 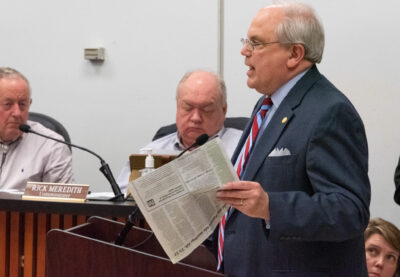 “It really does nothing to run an ad in the newspaper,” Oak Ridge Mayor Warren Gooch said of an ad TVA ran in the Oak Ridger. Photo by John Todd Waterman 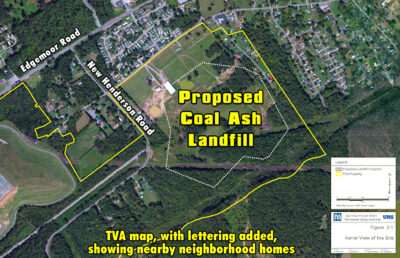 Also in February, a grand jury in Roane County, Tenn., called for a criminal investigation into the treatment of workers who cleaned up TVA’s 2008 Kingston coal ash spill under the direction of TVA’s subcontractor, Jacobs Engineering.

Hundreds of workers claim they were sickened from working at the toxic waste site without protective gear, and nearly 50 have died as of February. In multiple lawsuits, more than 200 plaintiffs have sued the contractor, and 72 workers won an initial case in November 2018. Due to the plaintiffs’ urgent medical needs, the judge ordered that the parties come to a settlement. That mediation process was underway at press time in mid-February.

In January, the U.S. Environmental Protection Agency closed comment periods for proposed changes to two rules intended to protect water and human health from the heavy metals and other wastes associated with burning coal for electricity. The EPA is modifying the 2015 federal coal ash rule by delaying closure timelines and weakening other provisions. 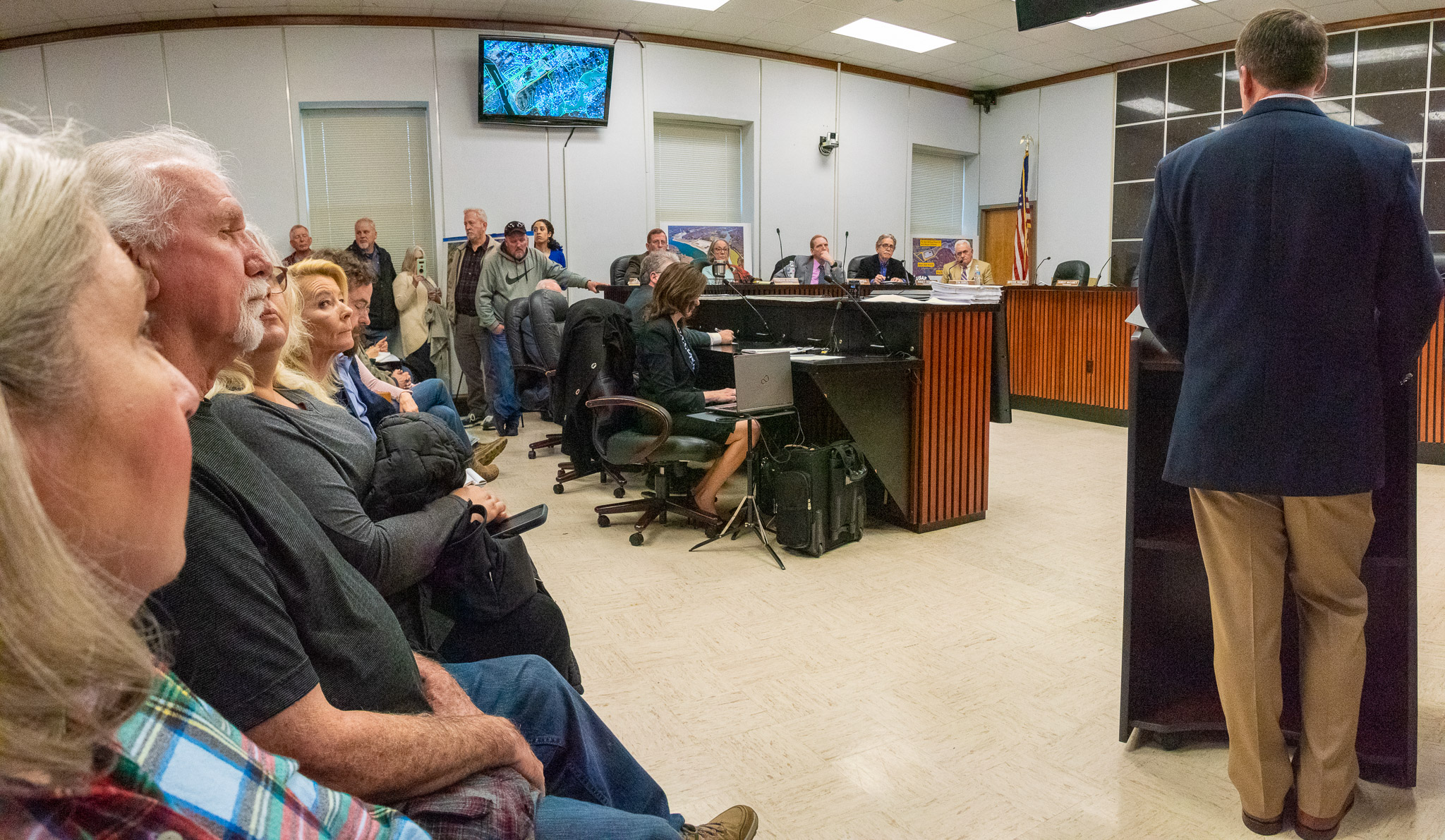 The agency is also rolling back aspects of a 2015 coal wastewater rule that limits how much mercury, lead and other heavy metals coal plants can dump into waterways. TVA asked EPA for special exemptions that would allow the Cumberland Fossil Plant — its largest and most polluting power plant — to discharge 20 times as much mercury as smaller power plants. The EPA’s proposal complies with TVA’s request.

The publicly owned utility has acknowledged that waste is leaching from the Cumberland plant’s unlined coal ash ponds and plans to break ground on building a dry, lined landfill in 2021.