Intro: The Legacies of Coal 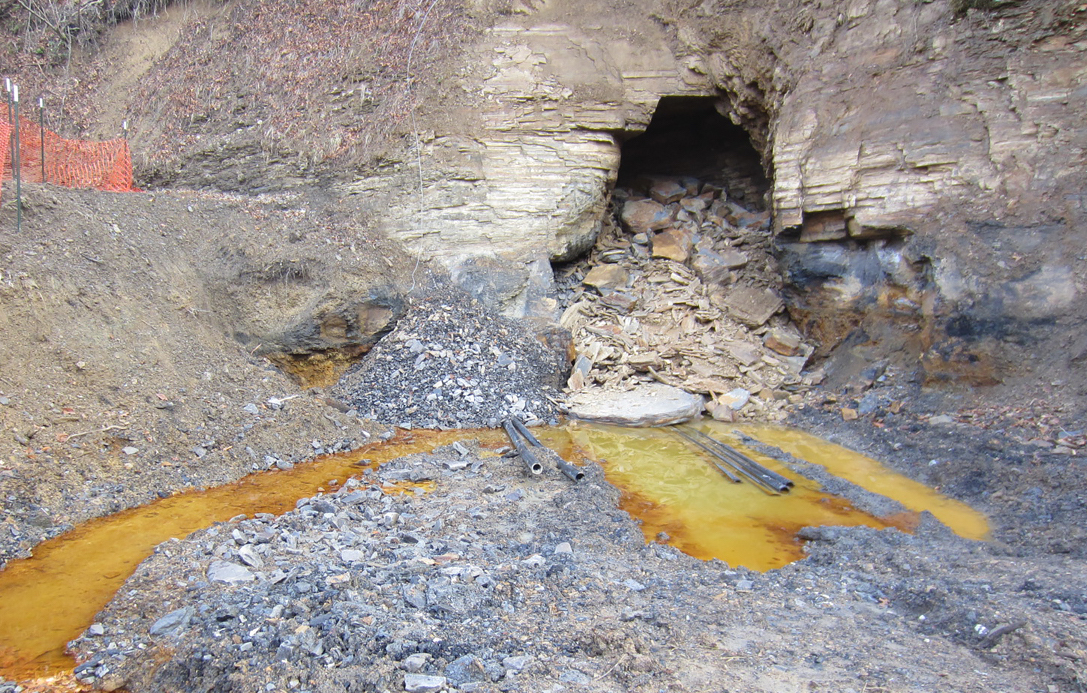 Acid mine drainage at an abandoned mine portal. Photo courtesy of Virginia Department of Mines, Minerals and Energy

Coal is deeply embedded in the life and history of Central Appalachia. The industry provided jobs and spurred the formation of small towns across the region, bringing great wealth to coal company owners while much of the region contended with poverty. In boom years, main streets in coal towns were bustling — but after a lengthy downturn in the coal industry, those towns are facing hard choices about how to balance budgets and bring in new opportunities. Mechanization of the industry began displacing workers decades ago, and the jobs that remain are often high paying but can be tenuous. In return, the work is difficult and dangerous.

Coal mining has long sickened both workers and people living nearby. This publication has shared stories of families with drinking water containing more than triple the legal limit of beryllium, creeks with more than 100 times the allowable amount of aluminum, well-tended homes shaken from their foundations by blasting, upwards of 20 scientific health studies linking mining to human health problems, and more.

Despite the industry’s overall weakening, mining is by no means over in the region, and the health of communities near mine sites is still imperiled. This fall, coal companies are seeking permission to open a new 422-acre surface mine in Tennessee.

Still, the coal industry is in an undeniable decline — and as it contracts, the scale of the damage it leaves in its wake is clear.

In this issue, we examine several topics related to the legacies coal is leaving for the land and people of Appalachia. The following stories detail how recent bankruptcies are affecting workers and the prospects for mine reclamation, the impact of mines left in unreclaimed limbo, and the overwhelming need for abandoned mine land cleanup across the region. We also look at how members of the Black Lung Association are fighting for benefits and workplace protections, and the successes and problems associated with a program designed to spur economic development near abandoned mine sites.