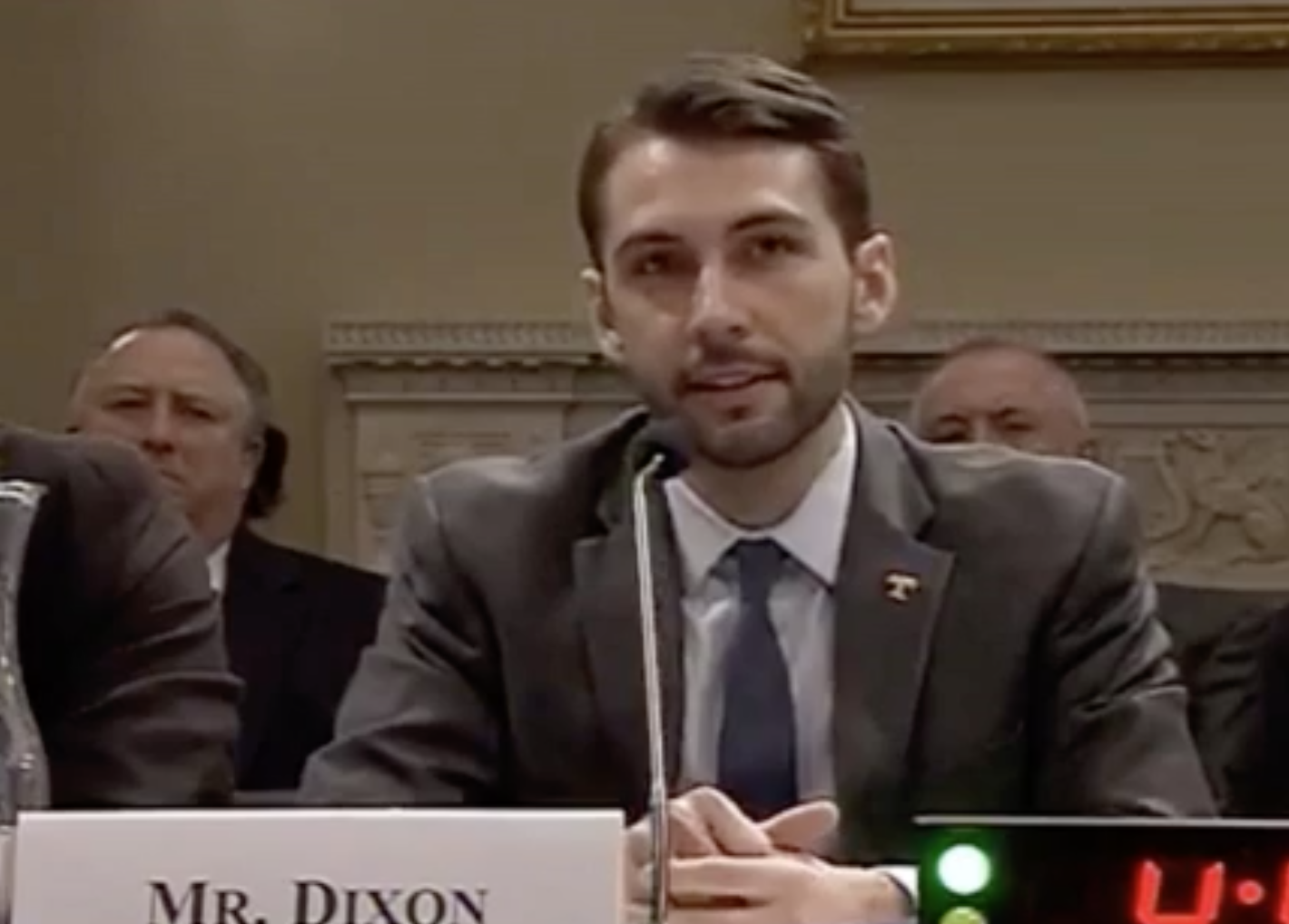 The hearing provided an opportunity for regional leaders to testify before members of Congress about strategies to restore abandoned mines, sites that coal companies deserted prior to 1977 federal surface mining regulations.

Witnesses expressed support for the RECLAIM Act, a bipartisan bill introduced in 2016, 2017 and 2018 that would use $1 billion in existing abandoned mine land cleanup funds to restore damaged land and water while advancing economic and community development. The bill’s advocates expect a new version to be introduced in the coming weeks or months.

“In Eastern Kentucky and across Appalachia, a strong local movement for the RECLAIM Act has been building for many years now and has earned unequivocal and bipartisan support for this bill,” testified Eric Dixon of Appalachian Citizens’ Law Center. “It should be shaped and implemented in a way that maximizes public awareness and meaningful community engagement, and directs benefits to local workers and residents.”

The hearing also addressed the Community Reclamation Partnerships Act, H.R. 315, which would allow nonprofit organizations and other groups not paid by states to assist with hands-on remediation of AML sites without taking on all of the project’s liabilities.

In his testimony, Dixon expressed how this program could help address water contaminated by acid mine drainage, which he said is common in his Eastern Kentucky community. “Our organizations believe that this approach displays merit and should be seriously considered as a possible approach to Good Samaritan relief for coal AML,” he wrote of the bill.

Citing a backlog of AML sites awaiting reclamation, many of the witnesses discussed the need for Congress to reauthorize the AML Trust Fund that pays for cleanup of these mines.
https://appvoices.org/tag/aml-reauthorization
“The fee on which the [AML] program relies is set to expire in 2021,” said Eric Cavazza, a Pennsylvania regulator representing the Interstate Mining Compact Commission and National Association of Abandoned Mine Land Programs. “Meanwhile, in an era of increasing economic hardship for coalfield communities, the state AML programs’ work has become more important than ever.”

Robert Hughes of the Eastern Pennsylvania Coalition for Abandoned Mine Reclamation called on Congress to raise coal companies’ contributions to their historic levels. “The scope of the abandoned mine land and water problems continue to exhaust available resources, and the Abandoned Mine Land Trust Fund has been impacted over the years by sequestration, leading to even less funding being distributed for reclamation and water restoration,” Hughes stated.