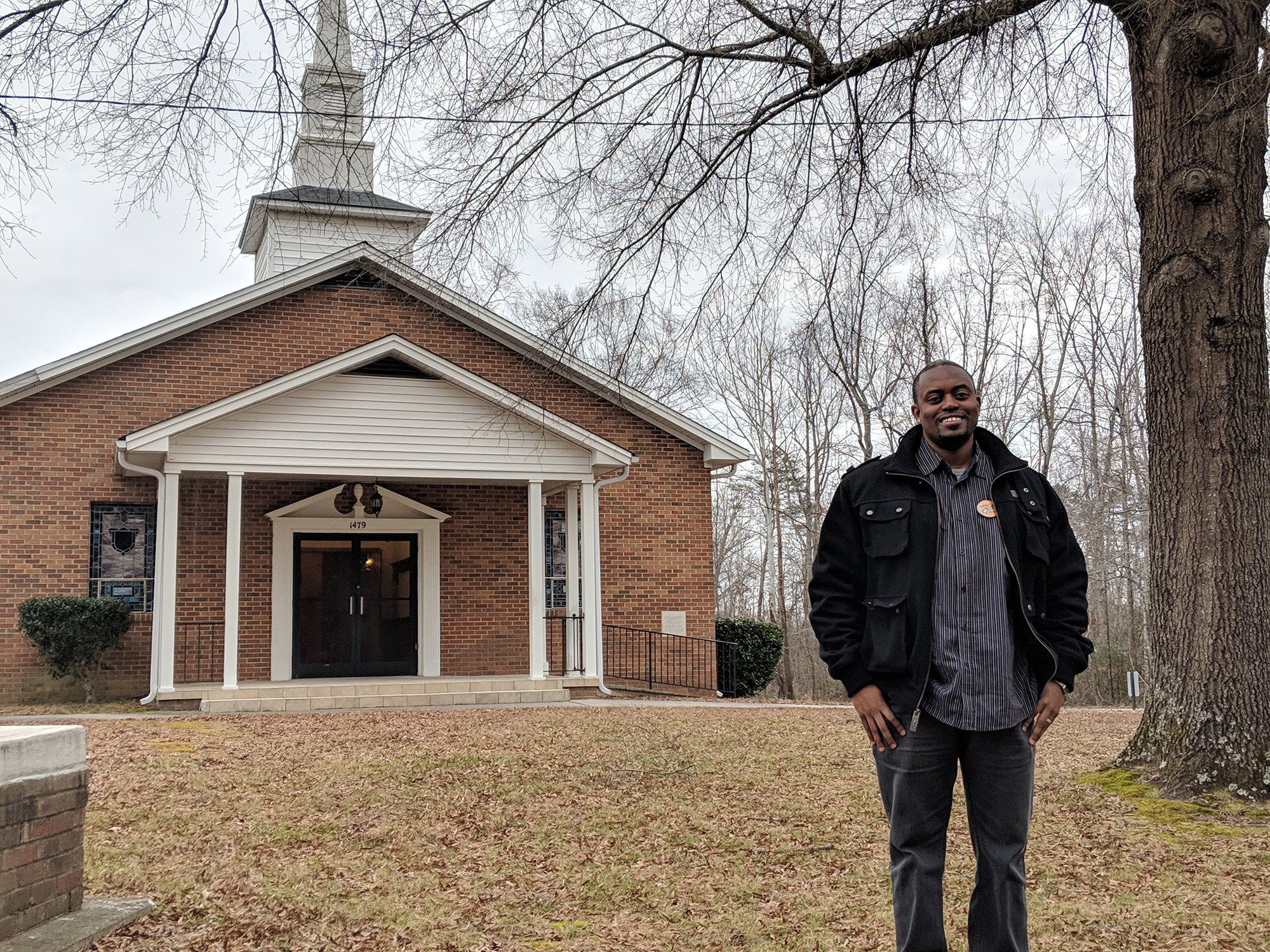 Seneca Rogers in front of Arches Grove United Church of Christ. MVP Southgate was originally slated to cut through the church’s cemetery. Photo by Kevin Ridder

When Mountain Valley Pipeline Southgate disclosed their proposed route in spring 2018, the fracked-gas line was to cut directly across the cemetery of Arches Grove United Church of Christ in Alamance County, N.C. The church has been a part of the community since 1872 and in its current location since 1963.


In November, pipeline developers altered the route to bypass Arches Grove by about half a mile. Seneca Rogers, chair of the church’s trustee board and a lifelong Alamance County resident, partially attributes this to the church body’s activism against the pipeline in attending meetings and putting up signs. Seneca himself has traveled to speak about Southgate at several churches in the community and at a county commissioners meeting. 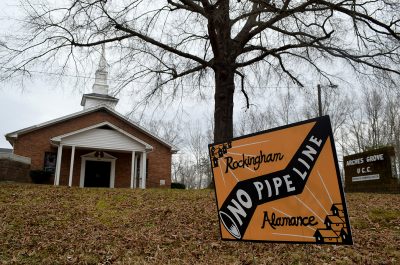 Members of the Arches Grove United Church of Christ have fought MVP Southgate for months. Photo by Kevin Ridder

Seneca describes poor communication on Southgate’s part, noting that when he was initially trying to find out if the pipeline would affect Arches Grove, Southgate representatives told him they would call him back — but never did. Seneca found out about the pipeline crossing the cemetery at Southgate’s June 2018 public meeting.

A Southgate representative at the meeting recorded Seneca’s contact information and told him that somebody would get in touch; just like before, Seneca never heard back. He only found out about the route’s change when the Haw River Assembly, a local environmental nonprofit organization, sent him the updated map in January. Regardless, Seneca still can’t believe that that the proposed route made it as far as it did.

“I think they’re just a company who’s not from this area at all, and they’re going to sit up there where they’re from and not be affected by it, so they don’t really care,” he says. 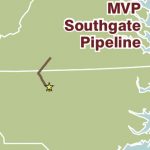 Arches Grove United Church of Christ’s location near the path of MVP Southgate.

Seneca still worries that Southgate might change its path again. Even if the pipeline didn’t cross the cemetery, a right-of-way nearby could still limit any future growth of the church or put the structure in danger in the event of an explosion.

“We are just one individual church, but we are also a part of the church body as a whole, and we’re a part of this community,” Seneca says. “So anybody out here that’s close to us that’s going to be affected with it, anybody in Alamance County, we want to still stand with them in opposition to the pipeline.” — By Kevin Ridder