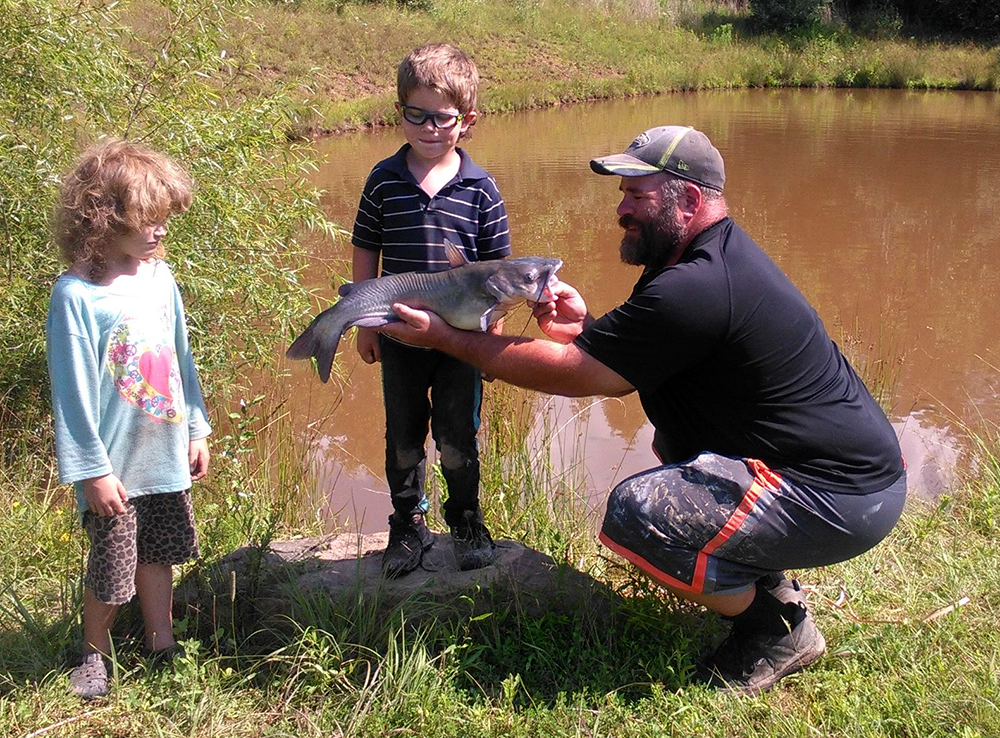 Neal fishes at his farm with two of his children. Photo courtesy of Neal Laferriere 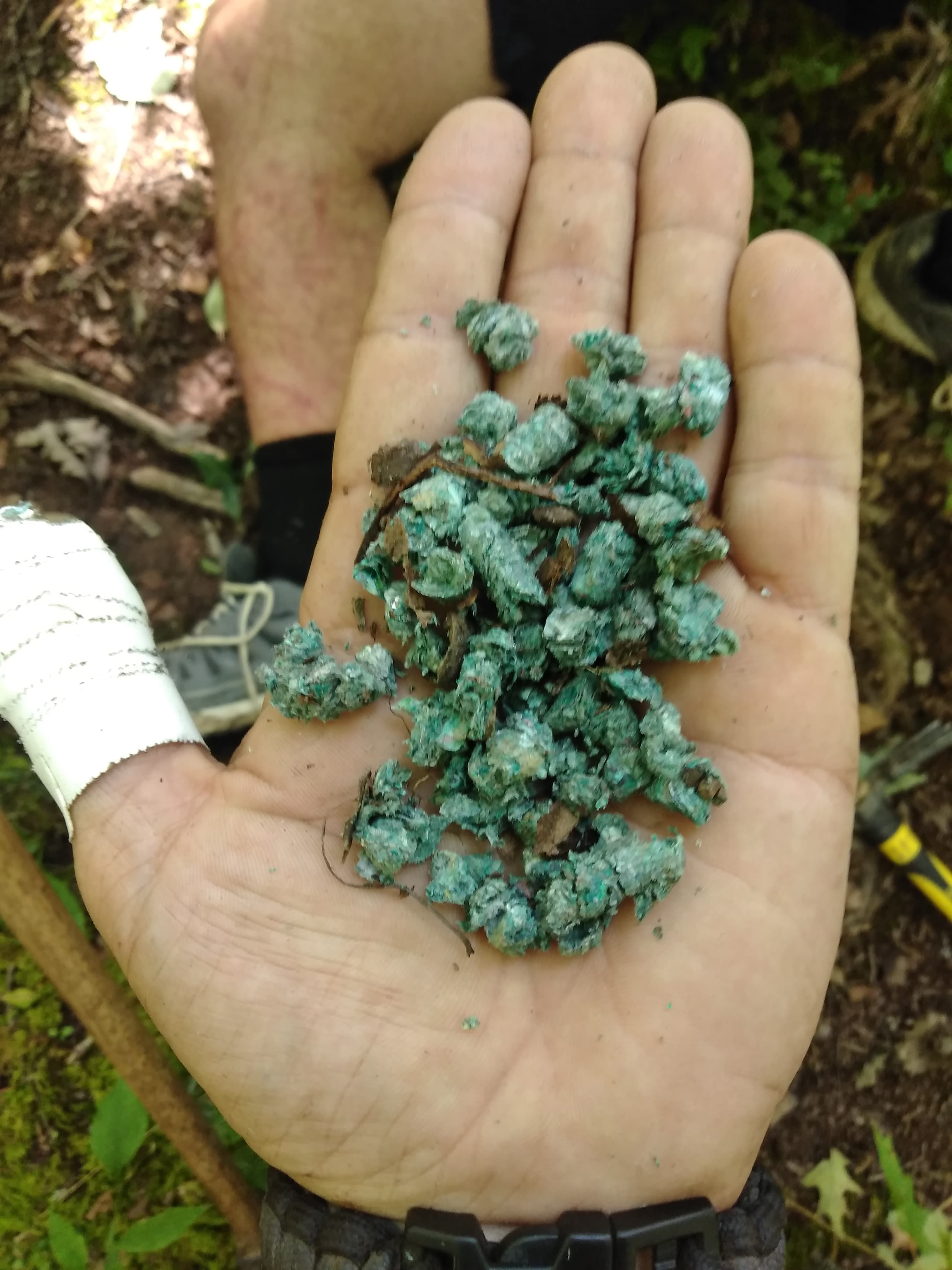 On Sept. 7, 2018, Neal Laferriere was harvesting ginseng with his four children and an intern on their wooded farm in Summers County, W.Va., when a low-flying helicopter appeared.

“Of course, kids being kids, they thought that was great,” Neal says. “They hadn’t seen a helicopter that up close and personal before.” Seconds later, the group was assailed by a storm of small blue pellets while gazing at the passing helicopter. Two of Neal’s children received cuts and bruises on their faces from the chopper’s payload. When the helicopter circled back a few minutes later, Neal suspected the Mountain Valley Pipeline under construction nearby.

Mountain Valley has a 525-foot easement at the corner of their property, where they have felled several trees. After fighting the pipeline for several years, the family settled with the company after both of their neighbors did and rumors of eminent domain were spreading.

“[Signing the easement] was not something we wanted to do, but we felt compelled to try and do something while we still could,” Neal says. “We kind of felt trapped in the situation.”

Neal learned from a Mountain Valley land agent that the pellets were used for erosion control along the pipeline. But the pellets on their farm were up to a half-mile from the route.

Neal called the Federal Energy Regulatory Commission to report the incident. On Sept. 18, a representative with FERC and three with Mountain Valley met with Neal to survey the damage. Neal asked an MVP environmental specialist if the pellets could be cleaned up. 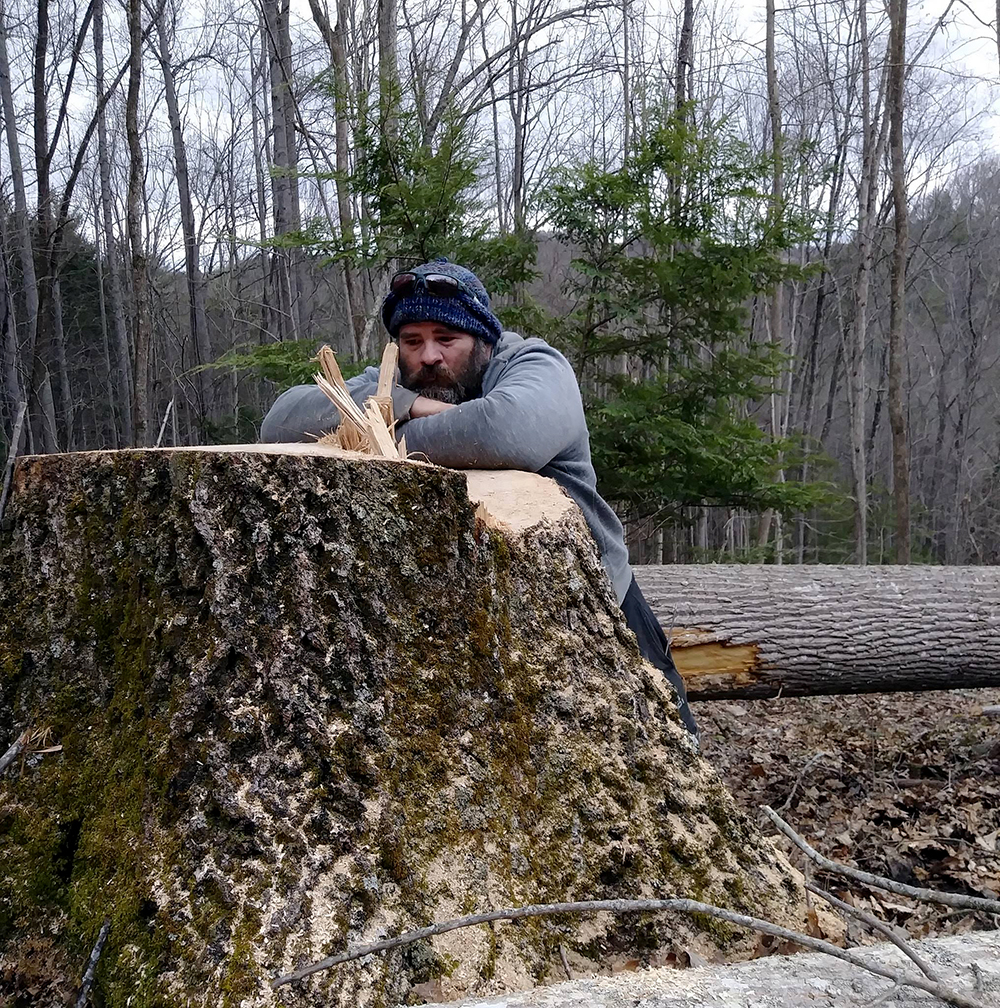 “He said, ‘No, once they get wet there’s nothing we can do,’” Neal says. The Mountain Valley representatives apologized to him and promised that it wouldn’t happen again. But over the next two days, the helicopter flew by multiple times, dropping more pellets. Neal estimates that they covered 90 percent of his property. He called FERC seeking corrective action.


“They said, ‘Well I’ll note it down, but there’s not a lot I can do,” Neal says. Pipeline developers finally stopped after the family’s attorney sent a cease and desist letter. Neal then contacted state and federal environmental agencies, state police, the local sheriff and the county attorney.

“Every situation where I tried to go to the people who are supposed to be there to help us, they’ve turned us away and not done anything,” Neal says. Now, the family worries they may lose their farm.

Since the erosion control pellets contain acrylamide, a chemical known to cause cancer and birth defects, Neal feels he can no longer morally or ethically sell his herbs for medicinal use — and the pellets could null his farm’s organic rating. 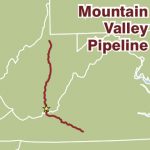 The Laferriere’s location in the path of the Mountain Valley Pipeline.

In September, Mountain Valley publicly stated that they would “work directly” with the Laferrieres to address the issue — but Neal says he hasn’t heard a word. Short of removing and replacing all of their farm’s topsoil, Neal states the only way they could fix this would be through financial compensation.

“My daughter wakes up with nightmares wondering if the pipeline’s going to explode and take her family away,” he says.

“It’s decimating to us as a family, because this is our dream,” he adds. “We’ve sacrificed everything to get to this point.” — By Kevin Ridder