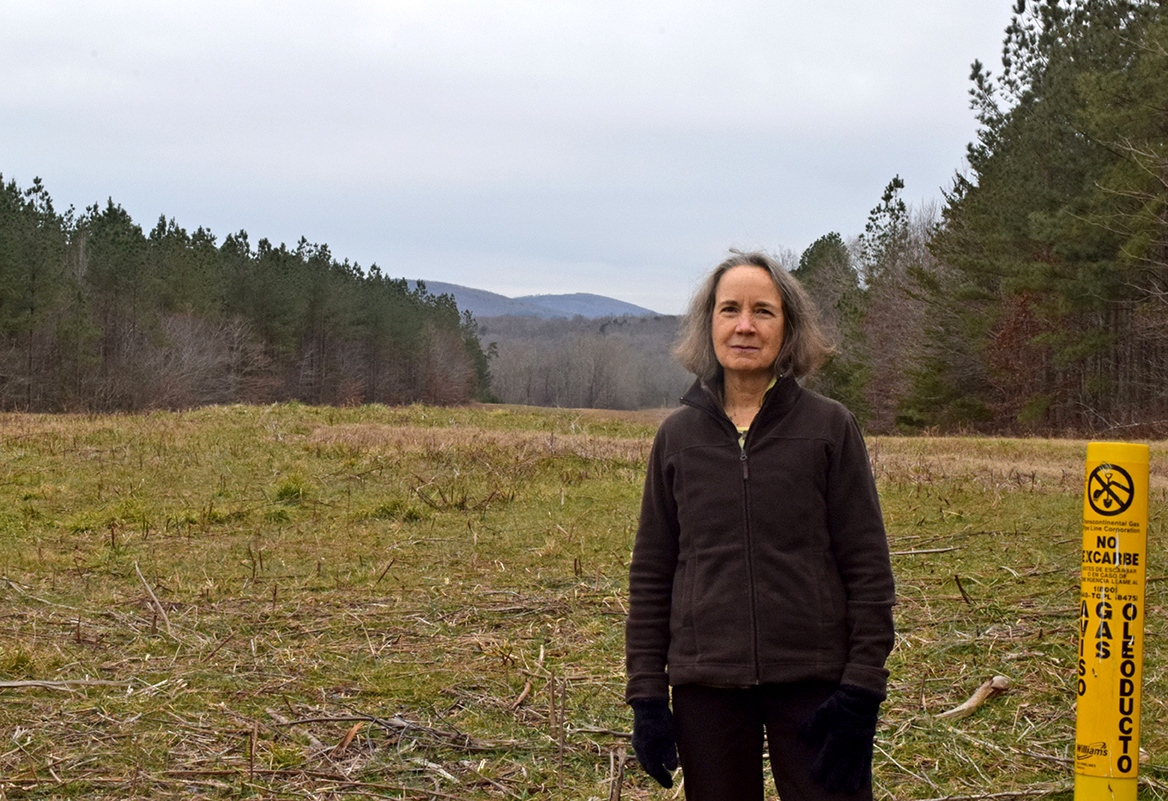 Katie Whitehead next to a marker for one of the Williams Transco pipelines on her property. Photo by Kevin Ridder

In 2014, a Mountain Valley Pipeline contractor called Katie Whitehead asking for permission to survey her 162-acre Chatham, Va., tree farm for the pipeline.


“We refused and later learned that MVP had changed the mainline route,” Katie says. “We thought we’d been spared.” 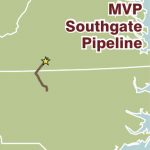 Katie’s location in the path of MVP Southgate.

Katie is no stranger to pipelines. Since her parents signed an easement for Transco, now Williams, in 1949, four gas pipelines and a fiber optic cable have been built in a 155-foot-wide swath through her family’s property. Twelve treeless acres dense with invasive species now sit where loblolly pines once stood. When the pipelines are pumping gas south, according to Katie, it sounds like a helicopter is flying nearby.

“We will never be fully compensated for the first gas line through our property,” she says. “Even one pipeline creates a utility corridor, which becomes the default route for more gas, electric, fiber optic and other lines.” 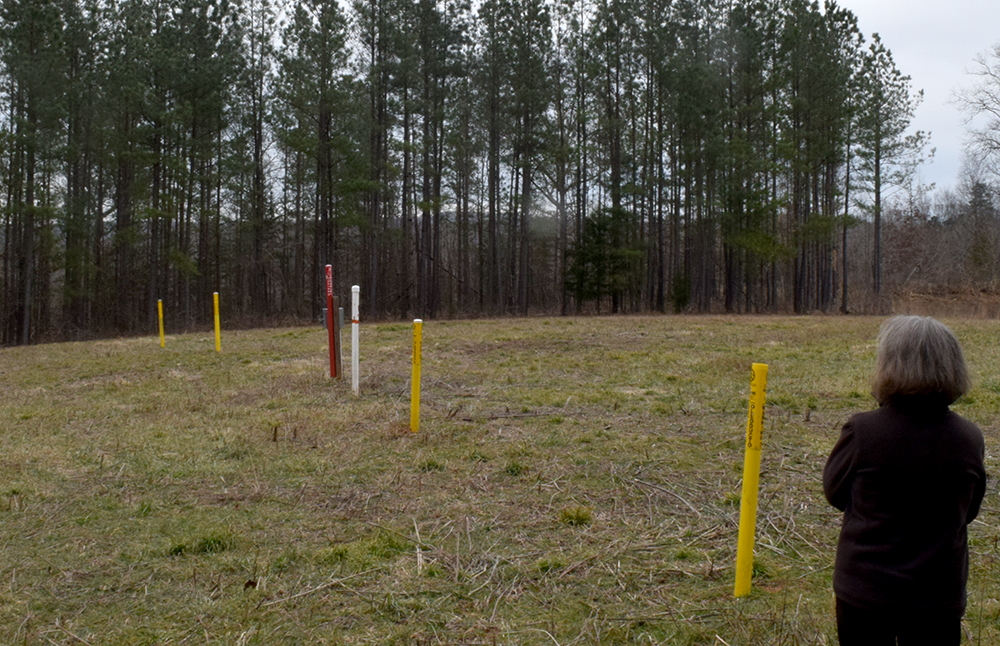 Katie Whitehead looks on at the four Williams Transco pipelines already buried on her property. Photo by Kevin Ridder

In May 2018, a land agent for Southgate came calling. Instead of working with Williams within the existing easement, which Katie claims has enough room for a fifth pipeline, Southgate wants an additional 50-foot permanent easement across her property. This would eliminate approximately 3 acres of her tree farm from production indefinitely.

Katie says that the agent “assured us that once construction was complete and grass was growing, we wouldn’t even notice the right of way – an absurd statement. Our land is a tree farm.”

“We can reasonably ask how much of a burden a small group of landowners should bear for the public good,” Katie says. “Are four pipelines enough?”

She states that her family’s interactions with Southgate representatives have become “increasingly unpleasant.” When one called to discuss an easement in November 2018, they asked the agent to mail the easement for review. 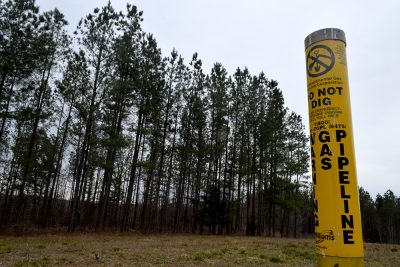 If Southgate’s proposed route is approved, many of these trees next to one of Williams’ four Transco pipelines on Katie’s property could be cut down. Photo by Kevin Ridder

“He refused,” Katie says. “He was aggressive and falsely claimed that Southgate had already been approved.”

Katie states that the Federal Energy Regulatory Commission’s approval of the Mountain Valley and Atlantic Coast pipelines have made her “painfully aware that FERC does not adequately perform due diligence to establish ‘public need and convenience’ for pipelines.”

She adds, “Now it appears we are being asked to sacrifice for an unnecessary gas line so that a corporation can profit.” — By Kevin Ridder