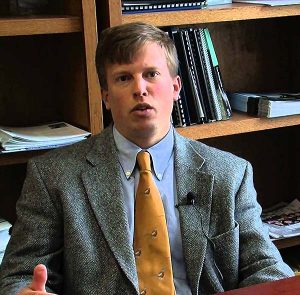 As Central Appalachian coal production declines, many realize the need to maximize tax revenues from coal and natural gas extraction. For the past three years, a movement to establish a permanent natural resource trust fund has grown in West Virginia. Ted Boettner, the executive director of the West Virginia Center for Budget and Policy, promotes the benefits of creating the fund to lawmakers and the public, saying the Future Fund is an opportunity to “build assets in an asset-poor state” and “pay if forward” for future generations.

What is the Future Fund?
Today, West Virginia stands at a crossroads. We’re facing a natural gas boom similar to that of coal in the last century. But if the experience of the last 100 years has taught us anything, it’s that shared prosperity and natural resource extraction don’t necessarily go hand-in-hand. Without plans for the future, we’re likely to continue experiencing a lack of economic diversity, cycles of booms and busts, and poor economic outcomes. What the Future Fund does is set aside a portion of severance tax revenue that builds over time that will eventually be invested back into the state in economic diversification projects, education, research and development, and a whole host of important public structures that help create a middle class.

How would the funds be used? What sort of projects would receive funding?
Ideally you would want to target communities who are going to be hardest hit by the decline of coal production in West Virginia. Investing in early childhood education would be great. Investing in entrepreneurs in terms of small business loans and grants would be, too. But a lot of times, especially in West Virginia, it’s just basic infrastructure needs including broadband access, water and sewer, and others not being met that could eventually be funded.

What can West Virginia learn from others states with natural resource funds?
You need to get a diverse group of community members, advocates and other stakeholders involved in the process and make sure that they see it is going to bear fruit, and not just 20 to 30 years down the road but fairly soon that they’ll begin to see the benefits of the fund.

The idea for a future fund in West Virginia has caught on. What are your predictions for next year?
I think that after about three years of work, we’ve been able to get the Future Fund on the legislative agenda … In the legislative session beginning in January there will be a bill introduced that I think has a really good chance of moving through. Unfortunately, I don’t think it will include an increase in [coal] severance taxes, but will just be retaining a portion of natural gas revenues.

The fund is really only going to work if it has a lot of money in it. At the most basic level it’s about paying it forward and starting to build assets for a very asset-poor state, and when the gas is gone we have something to show for it … A lot of big titans made their money in states like West Virginia off of our natural resources. But they didn’t invest that money back into our state. This gives us the opportunity that we’ll always benefit from [our natural resources] and it’s one step we can take to deal with the resource curse issue.