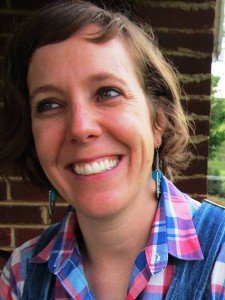 Post-traumatic stress disorder is most commonly associated with soldiers who have seen combat, but psychologist Paige Cordial has found similar symptoms in the coalfields of Appalachia. Cordial recently received her doctorate in counseling psychology at Virginia’s Radford University, where she wrote her dissertation on the relationship between physical proximity to mountaintop removal coal mining and the mental health and well-being of Appalachian communities. Among area residents, Cordial documented symptoms of PTSD, anxiety and emotional distress related to the physical destruction wrought by large-scale surface mining.

Originally from Fayette County, W.Va., Cordial first learned about mountaintop removal mining as a student at Berea College in Kentucky. Noting the way in which the natural richness of the region can help people cope with its social problems, Cordial began to wonder: “What does it mean for people who already live in a region plagued by economic problems to have the beauty and richness of the natural environment taken away from them too? What must that do to people emotionally?” She delved deeper into these questions at Radford.

Cordial’s dissertation contributes to the already-considerable scholarship documenting the health effects of mountaintop removal mining, which include elevated rates of cancer, birth defects and heart, lung and kidney diseases. Yet, Cordial is the first to focus specifically on mining’s psychological impacts.

“If you look at interviews and listen to what people [in mining-affected areas] are really saying, they’re talking about a lot of emotional effects – but no one is really highlighting that,” she says. Cordial’s research demonstrates how drastic environmental changes can trigger psychological stressors that, in turn, exacerbate the region’s pre-existing socioeconomic problems, such as high rates of poverty and drug use.

Deeply committed to staying in the region, Cordial now works as a clinical psychologist in southwest Virginia. There, she uses her expertise to help individuals with their personal battles, and continues her research to help fight a much larger one.