For a small eastern Kentucky town, Vicco has been making big headlines. The driving force of this publicity is the town’s energetic and openly gay mayor, Johnny Cummings. Locals praise their mayor for leading ambitious community projects in economic revitalization and infrastructure repair. Nationally, however, Cummings astonished much of the country by advancing lesbian, gay, bisexual and transgender rights in a region often stereotyped as a stronghold of social conservatism. 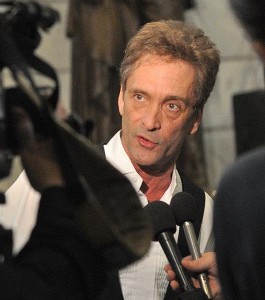 When the Vicco town council passed an LGBT Fairness Ordinance in January 2013, this community of 329 residents became the smallest municipality in the United States to prohibit discrimination in public facilities, employment and housing based on a person’s sexual orientation or gender identity. “We’re a small community,” Cummings says, “and when you see each other every day, it helps you get to know and accept one another.”

In fact, Cummings reports, the town’s reaction to the ordinance has been relatively minimal. To them, what matters most is having a mayor who cares about improving the community. Long beleaguered by the effects of a declining coal industry, Vicco was on the brink of bankruptcy for nearly 20 years.

Since being elected to office in 2012, Cummings has spearheaded efforts to breathe new life into Vicco, applying for grants and addressing some of the town’s longstanding problems. For the first time in years, the town has a police officer, the sewer system is repaired and there are even plans to build a new playground. With certainty, Cummings asserts, “This community’s [going to] survive, with everyone included.”