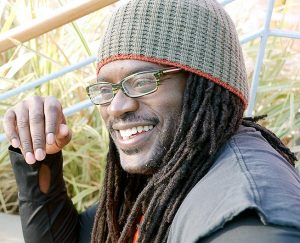 Dewayne Barton isn’t only referring to nature when he talks about changing the way people relate to their environment. “Just like we polluted a stream or a river, we also polluted communities, and [restoring communities] has to be a part of the solution or it’s not right,” he says.

As an artist and the co-founder and co-director of the community development organization Green Opportunities, Barton is devoted to bridging the gap between culture and sustainability in Asheville, N.C. With his business partner and fellow environmental activist Dan Leroy, Barton provides residents from Asheville’s low-income neighborhoods with green-collar job training and placement. Program areas include green construction, clean energy, sustainable agriculture and culinary services, as well as academic and life skills support.

“I really feel the environment’s got a way of bringing different people together, almost like music,” Barton comments. “You bring people together to solve a common issue, but then also to restore relationships, and build trust, and reconnect people to each other and the planet.”

Barton was driven to work toward environmental justice by accounts of blighted natural resources — including pollution in some areas that was so grave people couldn’t even drink their tap water. He explains how that awareness woke him up to the need for a movement because “a lot of people, specifically people from the African American community, don’t pay a lot of attention to this stuff.” To spread his message, Barton began using found materials to create art with social justice themes.

However, Barton recognized that for the low-income residents of West Asheville, there was a shortage of organized efforts to improve the community — a shortage that would need to be addressed before change could occur. He joined efforts to engage residents around local projects and, with his wife Safi Mahaba, created the Burton Street Community Peace Garden, a space for cultivating food and art.

As he witnessed the surge of the environmental movement over the past decade, Barton set his sights on longer-term prospects for his community. After realizing there was currently no green job training program in the city, Barton teamed with Dan Leroy to form Green Opportunities. In the five years since the founding of GO, the program has trained more than 500 community members.

Although there have been challenges with invigorating a community that’s endured longstanding disconnection and disadvantage, it’s this aspect of GO that also makes Barton the most proud. “My work’s important because it benefits everybody,” he says. “It’s designed to benefit the poor and the rich, and the animals and the trees, and the mountains and the sky.”