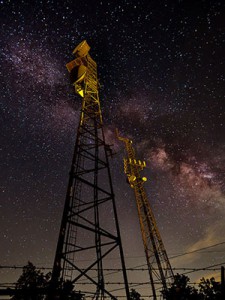 “Towers” by Rob Travis won the 2013 Our Ecological Footprint Award

The 11th annual Appalachian Mountain Photography Competition is now open for registration. competition invites both amateur and professional photographers to “showcase their interpretation of the unique character, people, places and pursuits that distinguish the Southern Appalachians.”

Competition categories include: Adventure, Best in Show, Blue Ridge Parkway: People on the Parkway, Culture, Our Ecological Footprint, Flora/Fauna, Landscape, and People’s Choice. The Our Ecological Footprint category, sponsored by Appalachian Voices and Mast General Store, is a chance for artists and the public to reflect on the human impact on the natural world.

The competition is supported by Virtual Blue Ridge, the Blue Ridge Parkway Foundation, Appalachian State University Outdoor Programs, the Turchin Center for the Visual Arts, and Mast General Store, among others.

$4,000 in cash and prizes is available; winners will be announced at the end of March, 2014. Approximately 46 entries will be chosen for exhibition at the Turchin Center for the Visual Arts in Boone, N.C., from April 4 to June 7. Submission deadline is Nov. 22. There is a $6 fee per image entered. Visit: appmtnphotocomp.org.

A Victory for Clean Water in Kentucky

This September marked a milestone success on the way to upholding the Clean Water Act, as a Kentucky court overruled a lax wastewater discharge permit at a coal-fired power plant in Trimble County. Under the original permit, Louisville Gas and Electric could release toxic coal ash — which contains pollutants such as mercury and arsenic — into the Ohio River.

The case was brought to court by several Kentucky-based environmental groups who asserted that the Kentucky Division of Water had issued a permit that was both unlawful and a threat to public health. The judge ruled that environmental regulators had failed to conduct proper analysis before issuing the permit, and sent it back to the agency for review and correction.

After three years of rigorous assessment, The New River Land Trust will be joining the ranks of more than 200 of the nation’s most trusted conservation organizations. For its accomplishments in fostering public confidence while ensuring permanent land conservation, the organization has received official accreditation by the national Land Trust Alliance Accreditation Commission.

“By achieving accreditation, the NRLT has become an even more professional and capable land trust organization,” Board President Ann-Margaret Shortt declared in a recent press release. “Our permanence in, and dedication to, the New River region has been proven.”

The land trust has helped protect more than 22 miles of forests and farms along the New River. This year is shaping up to be both busy and fruitful as the group continues to educate landowners on the benefits of devoting their land to conservation.