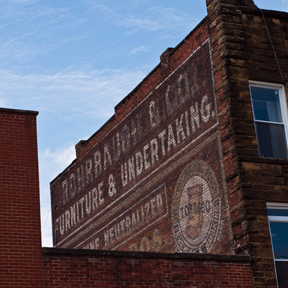 The expansion of global markets and its effect on Appalachia has been a lopsided, double-edged sword, particularly for the furniture and lumber industries.

While exposure to foreign markets has checked inflation and opened the door to an array of new customers, it has crippled the Appalachian furniture manufacturing workforce because of cheaper labor overseas.

In North Carolina, which is home to High Point, the “Furniture Capital of the World,” employment for the industry peaked in 1990 with nearly 100,000 laborers. According to North Carolina State University’s Furniture Manufacturing and Management Center, state-wide employment has declined every year since 1999, and as of 2012, the industry employed less than 38,000 workers.

“What we have seen is a real tsunami hitting us,” says Urs Buehlmann, an associate professor at Virginia Tech. “I am pretty sure there are towns that lost 70 to 80 percent of the jobs they had. It has been disastrous for certain parts of Appalachia.”

Although the worldwide recession has contributed to job losses in recent years, Buehlmann said furniture ghost towns in Henry County, Va., such as Bassett, Stanleytown and the city of Martinsville, which has had one of the country’s highest unemployment rates for years, illustrate “the destructive powers of globalization.”

Stanley Furniture was among the most recent closings in Henry County. At the end of 2010, the plant’s 530 employees were laid off as management moved production to Southeast Asia.

“If you are managing Stanley Furniture, you probably have no problem with globalization. You may have to travel more nowadays, but you still have your job,” Buehlmann says. “But on the other hand, if you’re the mill hand at Stanley – well, you just lost your job.”

In the fall of 1993, the U.S. Congress ratified the North American Free Trade Agreement, the world’s largest and perhaps most controversial agreement of its kind. The trade deal reduced barriers to U.S. exports, making it easier and cheaper to ship out products and services while protecting U.S. interests abroad.

The results were devastating for the nation’s manufacturing workforce, as the free trade agreement offered financial incentives for companies to outsource factories to Mexico. Layoffs in Appalachia were out of proportion to the rest of the country. 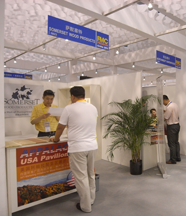 According to a Commission on Religion in Appalachia report, “Studies of NAFTA-related job losses [show] that 766,030 actual and potential jobs were lost between 1993 and 2000, and of these losses, 279,141 — or 36 percent — occurred in Appalachian states.”

But NAFTA didn’t have that severe of an impact on the furniture industry, Buehlmann says, because those jobs didn’t move to Canada and Mexico. He added that the 157-country World Trade Organization “had a much more profound impact on the furniture industry” as companies sought low-wage workers in China, Vietnam and other countries in Southeast Asia.

Scott Hercik, Export Trade Advisory Council coordinator for the Appalachian Regional Commission, an economic development agency, says that while free trade has imposed “challenges” on the furniture industry, it has had a “very positive impact” on the lumber markets of Appalachia.

The lumber industry, for one, fared better than furniture manufacturers in the face of foreign markets because of Appalachia’s unique, renowned hardwoods. Free trade agreements such as NAFTA assisted domestic lumber companies in selling more products to foreign customers, reviving the lumber market even as its number one buyer — the U.S. furniture industry — fell on hard times.

Tom Inman, president of Appalachian Hardwood Manufacturers Inc., a 200-member trade association, says that the export market for Appalachian hardwoods continues to “grow substantially,” and the biggest importers of regional lumber are Canada, China and Europe.

In response to the expanding global economy, the Appalachian Regional Commission created Appalachia USA in 2005. The initiative was designed to help Appalachian businesses establish and sustain trade partnerships in the largest, fastest growing markets in the world. Since its inception, the program has generated between $250 million and $500 million in new export sales for more than 200 Appalachian businesses at global trade shows.

For the past two years, the demand for U.S. furniture has increased as the emerging middle class in countries like Brazil, Russia, India and China are earning more money and demanding customized, higher-quality furniture. 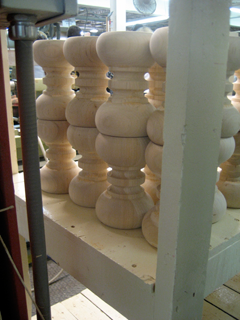 “I see it continuing to open up. I mean, the world is going to drive this a lot,” Padjen says, adding that as the cost of living increases in places like China, the cost of manufacturing will rise, too, and “the efficiency of making product in the U.S. increases.”

Padjen, like Inman and Hercik, agrees that the expansion of global markets has both merits and flaws. All three cite the loss of jobs and closed factories, which Padjen attributes partly to the Great Recession, as the “bad part,” but Padjen also notes the lumber industry’s ability to revive itself through foreign markets and major Asian companies employing workers in North Carolina’s hard-hit furniture industry as the good parts.

Two examples Padjen mentions include Hong Kong-based Samson, one of the largest furniture companies in the world, buying upholstered-furniture maker Craftmasters and employing Americans in Taylorsville, N.C., and China-based Schnadig’s recent partnership with Key City Furniture to manufacture upper-end upholstery furniture in Wilkesboro, N.C. Even in Martinsville, six furniture companies are still operating, employing a fraction of the former workforce.

But Virginia Tech’s Dr. Buehlmann, who is a strong believer in free markets, says he doesn’t see it in “black and white,” and when he visits places like Henry County, he has doubts about the “fairness” of globalization.

“Unfortunately, we don’t seem to be able to even out the score,” Buehlmann says.
For those unemployed millhands in Bassett, Stanleytown and Martinsville, he says, “Scars still exist that won’t go away.”

Caperton FurnitureWorks is located in Berkeley Springs, W.Va., and has been for nearly 40 years. While most furniture factories have gone out of business or moved overseas, Caperton is producing high-quality pieces using local wood and local skills for national companies. Demand for American-made furniture is growing, says owner Gat Caperton, and they’re meeting that demand in Central Appalachia.

A proud West Virginian, Caperton sources nearly all of his wood locally, using a lumber mill in nearby Elkins. And the pieces his factory produces aren’t built by machines on an assembly line — each one is put together by hand.

Excerpt from a blog post by Carrie Ray, read more at AppalachianTransition.org