A Call for Climate Security 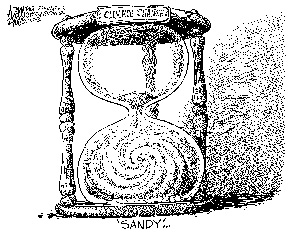 In America, our view of the wider world is often colored by concerns about security. But today, international security is about more than tariffs and terrorism — it’s about protecting access to clean water and the productivity of the farms that feed the world.

Sea level rise might be a punchline for certain political audiences, but to the Pentagon, the U.S. Central Intelligence Agency and nations around the world, an unstable climate is no idle threat.

“The world is barreling down a path to heat up by 4 degrees [Celsius] at the end of the century if the global community fails to act on climate change, triggering a cascade of cataclysmic changes that include extreme heat-waves, declining global food stocks and a sea-level rise affecting hundreds of millions of people,” the World Bank cautioned in a November report.

Climate change will likely hit developing countries hardest but its effects don’t respect international borders. We’re directly affected by increasingly violent storms and droughts, but those are just the most apparent effects of global temperature increases.

When 11 retired generals and admirals were convened by a nonprofit research organization to assess the situation, their report warned, “Climate change can act as a threat multiplier for instability in some of the most volatile regions of the world, and it presents significant national security challenges for the United States.”

To create a truly secure world, we need sound energy policies that foster a stable climate.

Talk of energy security inevitably raises cries of “Drill, baby, drill!” But establishing American energy independence on the back of fossil fuels means pushing the world further toward climate chaos and spawning humanitarian and ecological crises with a web of impacts more difficult to predict or understand than a flooded New York subway system or the demise of Appalachia’s salamanders.

Any energy policy that threatens global access to food and water, that pushes island nations underwater or leads to the destruction of a region’s natural heritage will not lead to a secure future. If we let our elected leaders get away with threatening world stability in the name of false energy “security” that benefits a few in the short term and none in the long term, we will have failed our children and the planet.

Instead, we need to realize our potential by building an energy system that prioritizes efficiency and renewable sources of power, and we need to do it now.

Across Appalachia and around the world, communities are coming together to support smart growth and sustainable practices and make the clean energy future a reality. The climate crisis is global, but the solution begins at home.