What’s Our Water Really Worth? 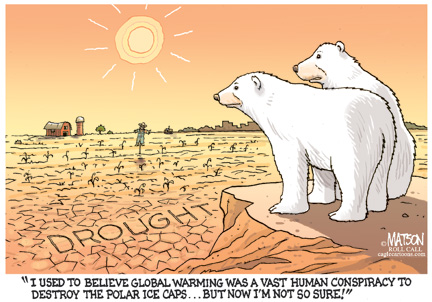 As our most precious natural resource, clean drinking water, all-too-quickly becomes a scarce commodity for global communities, it is also turning into a hot commodity for multinational corporations.

According to a United Nations Global Environment Outlook study, two-thirds of the world’s population is expected to face water shortages by 2025. And to assess and prepare for those shortages, some of the world’s wealthiest corporations have created a series of maps that inventory the world’s groundwater aquifers.

Monoliths of the global economy such as Goldman Sachs, Dow Chemical Company, Bloomberg, GE and Coca-Cola have teamed up under the moniker Aqueduct Alliance to detail hydrological data on the world’s largest river basins, giving investors unprecedented details of international water availability.

It appears that the insatiable ilk of Big Business is deciding how to divvy up our water.

Privatization of water resources — or leasing public utilities to private corporations — is well-known in many parts of the world, but is only now becoming more common in the United States. In some developing nations, privatizing water utilities has helped build much-needed infrastructure in communities previously lacking access to fresh, clean water. But in several cases, privatization has also resulted in higher rates and poorer water quality — in one instance resulting in the worst cholera outbreak in South African history.

Today, nearly 70 million Americans get their tap water by way of private companies who have struck lease agreements with public municipalities. According to consumer rights group Food and Water Watch, those residents pay an average of 33 percent more for their water than residents on public water sources.

With many of the nation’s urban areas facing funding shortfalls, the lure of handing off water supply projects to private companies with deeper pockets can be irresistible. But the results are not always positive. In one example cited in The Daily Beast, United Water, an American subsidiary of the multinational corporation Suez, shut down sewage pumps in the city of Milwaukee in order to save money — and dumped billions of gallons of raw sewage into Lake Michigan. The city of Gary, Ind., cancelled a 12-year contract with the same company, claiming their dealings with United Water had more than doubled annual operating costs.

Individual citizens and the environment are typically the biggest losers when profits are on the line. With quarterly gains for shareholders as their primary concern, private companies have no incentive to encourage water conservation or water-quality protection, and dwindling reservoir supplies and increasing population demands will ultimately drive up prices.

In other words, selling a fundamental resource that people literally cannot live without is good for big business. And now we have proof that corporations are thirstily eyeing the world’s reservoirs with dollar signs swimming in their eyes.

As National Geographic famously published in 1993, “All the water that will ever be is, right now.” This is all we get. We must ensure that our water remains a publicly owned resource for all to use efficiently, without a price tag determined by the highest bidder. Because water is, and always should be, priceless.