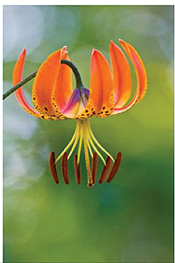 Beauty isn’t limited to blue skies. Sometimes a photograph captures the resilience of a besieged hemlock or the bleak gray of a mountaintop removal site and reveals beauty in the midst of ecological turmoil.

“The Our Ecological Footprint category encourages photographers to document threats to Appalachian ecosystems,” says Willa Mays, executive director of Appalachian Voices. “As a society, we have had a visible effect on the landscape.”

Though only photographers have a shot at the prize money, the competition is as much about the public as it is about the artists. Selected works will be displayed at the Turchin Center for the Visual Arts in Boone, N.C., and the public will have nearly two months to view the exhibit and cast their votes for the annual People’s Choice award next February.

Other award categories include: Best in Show; Blue Ridge Parkway; People’s Choice; Culture; Adventure; Flora and Fauna, and Landscape. All submissions are due by 5 p.m. Nov. 18. 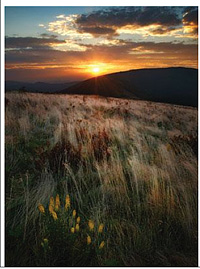 The photography competition is a partnership between Appalachian State University Outdoor Programs, Turchin Center for the Visual Arts, and the Blue Ridge Parkway Foundation. AMPC is made possible through the sponsorship of Boone-area businesses, particularly Virtual Blue Ridge and Mast General Store. Other contributors to AMPC’s $4,000 prize pool include the Blue Ridge Parkway Foundation, Footsloggers Outdoor and Travel Outfitters, and Appalachian Voices.

Since it began in 2002, the competition has grown in size and prestige. Last year, there were 600 submissions, and the exhibit was viewed in person by more than 10,000 people at the Turchin Center for Visual Arts.