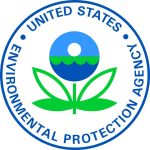 Much to the ire of the coal industry, the Environmental Protection Agency has taken unprecedented steps to mitigate coal-related pollution on Appalachian waterways over the past two years. The coal industry is fighting back, and leveraging the new, anti-regulatory political climate in order to pass bills that weaken federal clean water laws.

The industry loudly opposed the EPA’s January decision to veto the controversial Spruce No. 1 mine permit, despite the fact that mine owner Arch Coal had earlier refused a compromise. The agreement the EPA initially offered the company would have allowed the company to obtain the majority of the minable coal at the site, while cutting the amount of streams buried in half. In addition to saving Arch millions in mitigation and reclamation costs, the changes would have cost only $.55/ton more.

Shortly after the EPA’s announcement, industry allies in Congress struck back with legislation to limit the agency’s permit veto authority granted to them under Section 404(c) of the Clean Water Act. Senator Joe Manchin (D-WV) introduced the EPA Fair Play Act (S. 272), which would disallow the EPA to veto any permit after the Army Corps permit has already been issued; Rep. Dave McKinley (R-WV) introduced a companion bill in the House.

The Mining Jobs Protection Act, introduced by Kentucky senators Mitch McConnell and Rand Paul (S. 468) and by Hal Rogers of Kentucky and Shelley Moore Capito of West Virginia in the House (H.R. 960), is similar to the legislation introduced by Manchin. The legislation would drastically reduce the time frame in which the EPA can assess the water quality impacts of valley fills for mountaintop removal coal mining operations and other “dredge and fill” permits from six months to 60 days.

Some members of Congress utilized the platform of the 2011 federal budget bill (H.R. 1), attaching amendments to the bill which would deny the EPA ability to direct funds toward enforcement of current and proposed regulations on mountaintop removal mining, coal ash storage, emissions from coal-fired power plants and other environmental safeguards. Although the amendments had direct impact on the EPA’s use of funds, they ostensibly had no affect on reducing the overall budget.

The budget bill passed in the House with the majority of the pro-coal provisions and is now stalled in the Senate while Democrats and Republicans struggle to compromise.

States legislators are also jumping in to remove clean water protections. Efforts to dilute the Clean Water Act in Virginia were successful when allies of the coal industry passed legislation to limit the ability of state regulators to use water quality testing for evaluation and enforcement of surface coal mining permits. The bill also repeals the authority of the citizen State Water Control Board to administer certain Clean Water Act permits.

In Kentucky, the Senate’s Natural Resources and Energy committee unanimously approved Senate Joint Resolution 99, which would declare Kentucky a “sanctuary state” for the coal industry, free from EPA’s “ overreaching regulatory power,” while the Natural Resources and Environment Committee in the House unanimously passed House Bill 421, which would exempt coal mined and used exclusively in Kentucky from the federal Clean Water Act. With the state’s legislative sessions now closed, lawmakers will have to reintroduce the provisions in order to achieve passage.

Residents in southwest Virginia expressed disappointment this March when a petition to the State Air Pollution Control Board to require mandatory control and monitoring regulations for coal dust from nearby mines and transport trucks was denied.

The petition was unanimously rejected by the board. However, the board instructed the state Department of Environmental Quality to develop a protocol for monitoring the situation in Roda and other Virginia coal communities.

In 2008, in response to rising complaints about excessive coal dust in the coal camp of Roda — located in Wise County, Va. — regional organization Southern Appalachian Mountain Stewards (SAMS) and the Sierra Club installed two dust monitors and conducted a two-week study of air quality. The results revealed up to three times the EPA’s acceptable level of dust.

Coal companies have assumed various voluntary measures to contain coal dust, including truck washers and street sweepers, but according to Jane Branham, vice president of SAMS, “I have personally watched as coal trucks in Roda simply drive around the washer instead of through it.”

Residents in Roda attribute numerous health conditions to the coal dust, including high incidents of asthma and lung cancer. According to a report by the Virginia Asthma Coalition, health districts that include coal mining have some of the highest rates of adult asthma in the state.

Despite recent backlash from industrial supporters over the EPA’s actions to regulate environmental impacts, the U.S. agency is taking a stronger stance on clean air.

In mid-March, the agency announced the proposal of new national standards for mercury, arsenic and other toxic pollution from coal fired power plants. The proposed standards would require many power plants to install enhanced pollution control to cut the emission of harmful airborne toxins.

According to the EPA’s release, if instated, the measures would prevent as many as 11,000 heart attacks and 120,000 cases of childhood asthma symptoms and significantly reduce emergency room visits and hospital admissions. The plan would also create 31,000 short-term construction jobs and 9,000 long-term utility jobs.

The announcement falls on the heels of a settlement between the EPA and the Tennessee Valley Authority (TVA) over alleged violations of the Clean Air Act. In mid-March, TVA agreed to pay a $450,000 penalty for releasing unpermitted sulphur dioxide and nitrogen oxide into the air at its Widow Creek Power Plant in Stevenson, Ala.

TVA will also be required to eliminate 931 tons of SO2 and 13 tons of nitrogen oxide from their permitted emissions allowance.

Clean Air Act Amendments enacted more than 20 years ago mandated that the EPA require industry to control toxic air pollutants such as mercury, but at the time no national standard was set for toxic emissions levels.

Two new studies have a lot to say about the externalized cost of coal use.

When considering the damages caused by coal mining, processing, burning and waste disposal, the cost of electricity is actually double or triple the price paid by ratepayers to electric utilities. The report by the Harvard Medical School’s Center for Health and the Global Environment also found that the cost to society could be lowered by boosting the manufacture and installation of renewable energy technologies, promoting energy efficiency, ending mountaintop removal coal mining and enforcing water quality standards. You can read the full report (Mining Coal, Mounting Costs) at chge.med.harvard.edu/publications/reports/.

A related report by a group of government health agencies found that increased electricity usage does not provide “greater health benefits” in countries with an infant mortality rate less than 10% and a life expectancy greater than 57 years of age. The study also discerned “significant” harmful health effects with the use of coal. Read more of this report (Estimating the Global Public Health Implications of Electricity and Coal Consumption) at ehp03.niehs.nih.gov/article/info%3Adoi%2F10.1289%2Fehp.1002241.

Over 100 citizens from across the country will assemble in Washington, D.C., April 2 – 6 to meet with Congress about the Clean Water Protection Act and the Appalachia Restoration Act. For more information on this event, visit ilovemountains.org/wiw.

Families With Poisoned Wells Get Their Day in Court:

Keeping the “Mountain” in Blair Mountain:

On March 9, mountain lovers from across the nation will begin a five-day march that will end in a rally from Marmet, W.Va., to Blair Mountain in an effort to stop the commencement of mountaintop removal coal mining operations on the historic peak.

A bill to ban underground coal slurry injections was voted on for the 1st time in the West Virginia Legislature. Although sponsored by Senate leadership, the Alternative Coal Slurry Disposal Act was unfortunately gutted of key provisions in both the House and Senate and did not make it out of the Finance committees.

On Feb. 14, 2011, fourteen peaceful protesters emerged from the office of Kentucky Gov. Steve Beshear after a four-day sit-in; they were met by an exuberant crowd of 1,000 supporters on the steps of the state Capital for the 4th Annual I Loves Mountains Day.

Tennessee: MTR Free or Not to Be?:

The EPA’s Environmental Quality Board for W.Va., siding with arguments by the Sierra Club, ordered the WV Department of Environmental Protection to regulate conductivity pollution from coal mining operations within the state.