How much money would you take in exchange for 40 years of your life? $1 million? $1 billion? Would any sum of money be sufficient to replace the years with your family and friends, the laughter and the love we all hope to share? In Appalachia, there is an alarming trend of lower life expectancy and higher disease rate than in most other parts of the country. Poverty, lack of education, a spotty regional medical infrastructure and polluting industry are all contributors to the numbers that are stacking up against us. The real question is, how do we reverse the trend?

It’s often remarked that if you have your health, you’ve got everything. As I watched my grandmother die of bone cancer at 63 years of age, I realized just how profound, for me, this cliché is.

When you think of the ancient rolling green tree clad mountains that form the backbone of the Eastern seaboard, what do you imagine? Most find Appalachia a premiere vacation destination, a land of flora, fauna and four distinct seasons—a landscape of near indescribable loveliness, where one can relax, “get away” and “breath easy” while fishing a trout stream, swimming in a hole, hiking to a waterfall or daydreaming lazily under the lone tree of a serene mountain pasture.

It is ironic to consider the health challenges faced by many living in or near this most enchanted natural wonder. 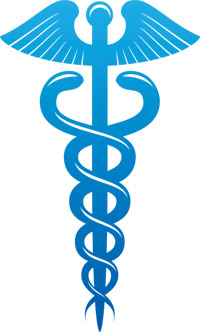 The Appalachian Regional Commission (ARC) classifies one in four Appalachian counties as “high poverty.” Per capita income in Appalachia consistently falls below the national average. Impoverished residents in the region have a life expectancy equal to that of Panama and Mexico. A report released by the ARC indicates that people living in poverty and without health insurance are more likely to die prematurely, particularly from cancer or cardiovascular disease, than people with higher incomes.

Exposure to harmful substances in coal mines, chemical factories, and agriculture—common occupations in the region—can also prove damaging to the health of an individual.

A study published in the Californian Journal of Health Promotion found that, on a cultural level, there is a general sentiment of mistrust among Appalachian people with respect to health care professionals.

According to the study, some residents fear being taken advantage of or exploited by the health care system—or being unfairly, or unjustly, stereotyped. Many Appalachians are reluctant or lack the time and means to participate in preventive screenings—such as mammograms—without showing acute symptoms of an illness.

Geography also isolates Appalachian communities from urban ones, where health care resources are more abundant. According to the ARC, nearly half of all rural Appalachian counties are designated as health professional shortage areas.

Wayne Myers, founder of the University of Kentucky Center for Rural Health, says that there is a lack of municipal hospitals and community clinics in the region. “Most rural counties don’t have community health centers,” Myers says. “Only two or three Appalachian counties have academic medical centers or a teaching hospital.”

The shortage of doctors is particularly difficult for Medicaid patients, as many doctors will not accept Medicaid due to low reimbursement rates. Patients often have to travel long distances to larger cities and urban areas in order to seek treatment covered by Medicaid.

Education improvements do provide access to jobs that raise families and communities above poverty and illness, but must develop apace with other economic opportunities—or the newly educated leave for greener pastures.

A recent study by Dr. Michael Hendryx and other researchers at the West Virginia Rural Health Research Center found that rural areas in Appalachia have more exposure to agriculture-related pollution than urban and metropolitan areas.

The study also found a significant correlation between areas with water pollution and both cancer and total death rates. In addition, sites within these rural regions that are monitored as air pollution sources “were associated with greater cancer mortality rates” for inhabitants.

In areas of Appalachia where coal is mined, the study found higher mortality rates for non-mining residents, and not simply those working in the coal mines.
The report concluded that health care professionals working in rural Appalachia will need “appropriate training and resources to diagnose and treat environmentally-instigated or mediated disease.”