A bipartisan coalition of southern Representatives—along with members of the Senate and the National Rural Electric Cooperative Association—have introduced federal legislation that promises to conserve energy, save Americans money on their power bills and create tens of thousands of domestic jobs.

The Rural Energy Savings Program Act (H.R. 4785), a bill in the U.S. House, would provide electric cooperatives with $4.9 billion in loan authority through the U.S. Department of Agriculture’s Rural Utilities Service. This money would be offered by cooperatives in the form of low-interest micro-loans to residential and small business customers who undertake energy-saving retrofit and structural improvements.

Typical customer loans would range from $1,500 to $7,000 and would be paid back through a charge on extra utility bills within 10 years. Most, if not all, of the charge will be made up in the savings a customer receives from having made energy-saving improvements, and once the loan is repaid, customers will continue to enjoy savings on their energy bills. 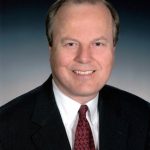 Representative Tom Perriello, an original co-sponsor of RESPA, calls the bill “a victory for common sense,” and adds, “the cheapest electricity is the electricity you don’t have to buy in the first place, because you are conserving.”

“Rural households are getting hit the hardest with rising energy costs,” said Perriello. “These efficiency programs will make our rural homes more sustainable and cost efficient and will create much-needed jobs here at home.”

How many jobs? Because efficiency products are primarily manufactured in the United States and installation of these products requires domestic labor, the bill is expected to generate 20,000 to 40,000 jobs—significantly bolstering America’s manufacturing and construction industries.