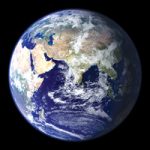 This year marks the 40th anniversary of Earth Day. The first Earth Day was celebrated on April 22, 1970, but the concept started years before.

After years of concern over the lack of political interest in environmental issues in the United States, Sen. Gaylord Nelson of Wisconsin knew something had to be done. Nelson proposed a “conservation tour” to President Kennedy to promote conservation awareness and attempt to bring attention to the environment, making it an issue of the national political agenda.

In September 1963, Kennedy went on a five-day, eleven-state conservation tour. The tour failed to make the impact Sen. Nelson was hoping for, but he continued to speak across the country.

The public was concerned, but the politicians did not make the environment a priority.

In 1969, Nelson found the inspiration he needed—Anti-Vietnam War demonstrations were being held at colleges throughout the United States.

In September 1969, Nelson invited everyone to participate in a nationwide grassroots demonstration on behalf of the environment.

“The response was electric,” said Nelson, “It took off like gangbusters. Telegrams, letters, and telephone inquiries poured in from all across the country. The American people finally had a forum to express its concern about what was happening to the land, rivers, lakes, and air—and they did so with spectacular exuberance.”

The national coordinator, Denis Hayes, worked with college students to organize rallies throughout the U.S. The amount of interest in organizing the grassroots events throughout the country eventually became more than Sen. Nelson’s senate office could handle.

“Earth Day worked because of the spontaneous response at the grassroots level,” Nelson said. That was the remarkable thing about Earth Day. It organized itself.”

20 million people from thousands of schools and communities participated.

Finally, all the separate groups were able to come together to support one cause, the earth, and the politicians responded.

The political awareness Earth Day created led to the establishment of the United States Environmental Protection Agency as well as the Clean Air Act Extension in 1970, the Clean Water Act in 1972 and the Endangered Species Act in 1973.

In 1995, Nelson was awarded the Presidential Medal of Freedom by President Bill Clinton.

Earth Day continues to be a huge success, and is now celebrated worldwide. This year, volunteer events, projects, and celebrations will be held throughout the United States at parks, schools, and homes.

For more information about Earth Day events near you, visit www.earthday.net. 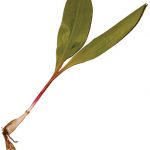 One of the first signs of spring in the Appalachian Mountains is the wee green sprout of the ramp. This wild, edible, leek-like vegetable, Allium tricoccum, starts unfurling its leaves from early April to May.

Many mountain communities celebrate this odorous plant and the coming season in festival fashion. Historically, the wild ramp was a prized harvest. It provided the first nutritious and fresh greens after a long winter of eating from the root cellar, and many traditions arose around the annual spring gathering.

Traditionally ramps are fried, pickled or sautéed, and eaten with other foraged spring goodies such as morel mushrooms and fiddlehead ferns.

The following list is just a small sampling of the dozens of ramp festivals that will be held this spring. To find out more about the ramp and where you can celebrate its spring green goodness, visit appvoices.org/ramp.