The Story of Mysterious Martha 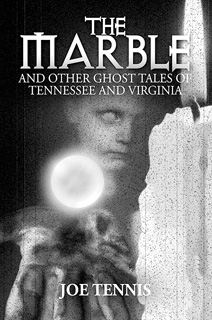 In the Bible, it is told, all things will return to dust. But for one little girl in Wise, Virginia, the vision of seeing dust turn into things that talked would prove so haunting that she would be too frightened to sleep alone.


It happened on the campus of the University of Virginia’s college at Wise. For years known as “Clinch Valley College,” this school was built on the site of the old Wise County poor farm, a place where unfortunate and destitute people lived in the early 20th century. Much of the college landscape has changed over the years. And, in some cases, so have the names of buildings. The college’s Bowers-Sturgill Hall was once called Martha Randolph Hall, taking its name from a daughter of President Thomas Jefferson, founder of the original University of Virginia at Charlottesville. Even earlier, this stone building was known as a home for “wayward women.” And here, it’s said, one young pregnant woman hung herself from a set of pipes inside the building - and died. Today, some believe, the ghost of that young woman has appeared inside the hall and continues to reappear, especially to young children.


During the 1980s, strange haunts happened to the family of the college’s housing director at an apartment inside the hall. Once, the director heard the call of his name - “Charlie!” - when there was no one else around. Sometimes, too, Charlie would hang his keys on a hook only to find them turn up in an odd place, like under the kitchen sink.


After a while, Charlie’s family gave a name to their ghost - “Martha” - since they were living in what was then Martha Randolph Hall. But they grew worried as the ghost of mysterious “Martha” seemed to appear to Charlie’s young daughter, then about three or four years old. Sometimes, the daughter would play in her room alone but tell her parents that she had been talking to “the girl.”


“The girl?” her parents would ask.


“The girl who hangs off the pipe,” Charlie’s daughter would say.

Charlie’s daughter may not have been the only child haunted by “Martha.”


About 30 years earlier, in the mid-1950s, a biology teacher lived in this building with his family, including his 4-year-old daughter. Often, this little girl would tell her parents that the dust in the corners of her room would turn into people that could talk to her.


That little girl’s mother thought such a story sounded like rubbish. There is no dust in here, she would say - this house is clean! But the young girl insisted again that, just as she fell asleep, the dust would materialize into individuals that could speak.


She could not remember who these creatures were or what they said. But they were frightening. And, for years afterward, she refused to sleep alone.


(C) Joe Tennis. Excerpted from The Marble and Other Ghost Tales of Tennessee and Virginia by Joe Tennis. Published by Backyard Books. The Marble explores tales along the Tennessee-Virginia border, including Abingdon, Bristol, Kingsport, Wise, Big Stone Gap, and Jonesborough. Available online and at Barnes & Noble bookstores. To order, call (800) 699-9113 or email zacwbd@prodigy.net.