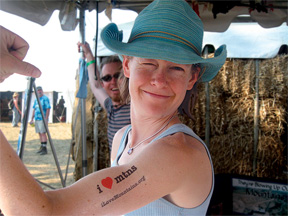 
Mary Anne has served as executive director of Appalachian Voices since early 2004. She oversaw the growth of the organization from a small environmental non-profit with a staff of seven and little reputation outside of the region to one of the most powerful environmental organizations in the Southeast. Under


Mary Anne’s leadership, Appalachian Voices has also gained a national reputation for being one of the most innovative groups in the country working on energy issues.


As a result of Appalachian Voices’ success and her extraordinary assets as a leader, Mary Anne has long been viewed as a rising star in the environmental movement. Few were surprised that she was recruited for one of the most powerful positions in the Sierra Club’s coal campaign. 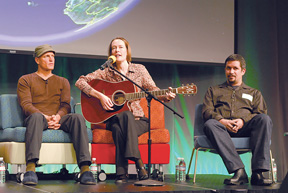 
While losing Mary Anne as executive director is difficult for the entire Appalachian Voices family, her move is also an extraordinary success for our mission to protect the forests, mountains, and communities of Appalachia. In her new job, Mary Anne will continue fighting to stop mountaintop removal coal mining and the construction of new coal-fired power plants, but she will do so with the considerable power and resources of the Sierra Club at her disposal.


While Mary Anne’s move must be regarded as a professional success, for many of us it is also a great personal loss. As much as we will miss her adept facilitation skills and strategic mind, we will also miss her infectious humor and the angelic harmonies she would contribute to late-night jam sessions during conferences and retreats.


Mary Anne leaves behind an organization that is financially sound and a team of 15 staff members that are professional, dedicated, and extraordinarily talented. It is a team that can withstand the transition to a new executive director “without missing a beat” - something we committed to each other that we would do when Mary Anne informed us of her new job.


But the staff is only one part of the Appalachian Voices family, and our success depends on the commitment and dedication of a much larger family of members and volunteers, supporters and donors. Ensuring that Appalachian Voices continues to be a strong voice for our region will require the support of everyone in that family.


Mary Anne was born and raised in Sevierville, TN, and wherever she goes in life, her love for the mountains, forests, and people of Appalachia will travel with her. For that reason, the best way we can honor Mary Anne is to ensure that Appalachian Voices remains strong and able to protect the region that she loves. Please join us in honoring Mary Anne Hitt’s remarkable service to our mountains and communities by renewing your commitment to Appalachian Voices.