Crews with the Appalachian Conservation Corps have been hard at work on 5.5 miles of non-motorized paths that are part of the Dante Trails project in Russell and Dickenson counties of Southwest Virginia.

The ACC is a program of Conservation Legacy, a nationwide network of conservation service organizations.

“A central part of our mission is engaging directly with communities so we were brought on early as a partner by the Dante Community Association and the Nature Conservancy,” says Corps Director Zack Foster. “We’ve been working on the Dante project [for] about a year in trail planning and mapping leading up to the work this summer.”

Anna Balch, Eva Burns and Chance Cheek have worked as part of the Dante crew with team leader Lauren Croissant this summer.

Croissant is a returning member of the corps, having completed her first round of service last year. “I keep coming back because it’s been fun and I’ve met so many cool people and done exciting work in so many different areas,” she says. 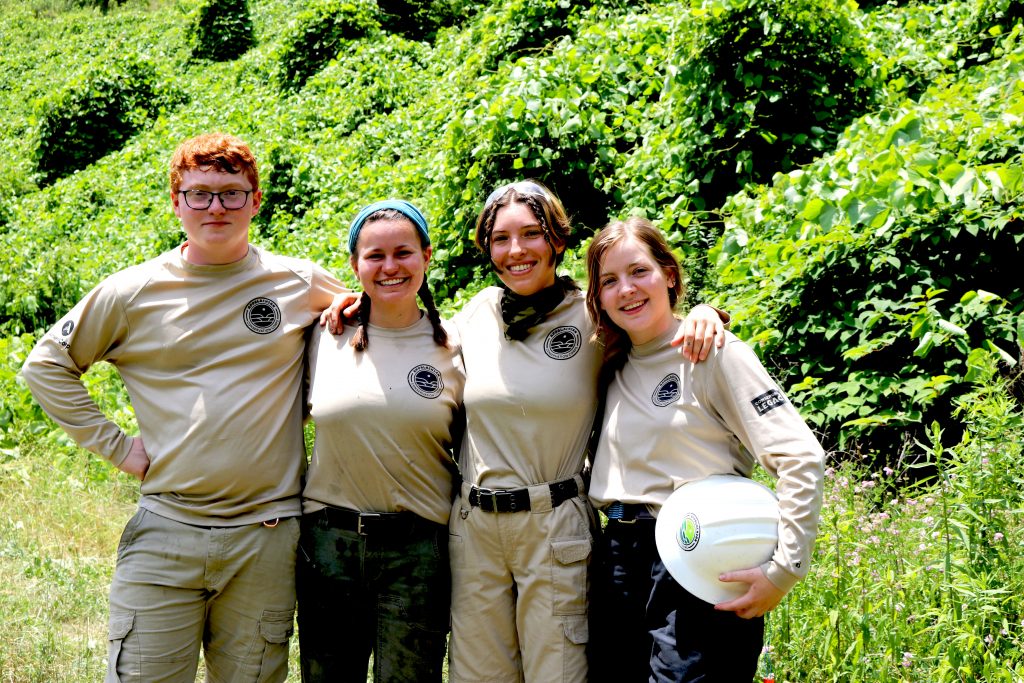 Balch, Cheek and Croissant came to Dante from different parts of Virginia, while Burns arrived from Georgia. But each of the corps members talks about being welcomed by local residents.

“A lot of people from town brought us dinner and it was sweet,” says Balch. “We all sat around and talked for a while. It’s just cool that you can feel like you become part of the community.”

“I have mad respect for Appalachia,” says Burns. “I love that this is one of the oldest mountain chains in the world and the biodiversity is just incredible and that pairs really beautifully with the people who live here because there are so many unique people who are just super welcoming and kind.” 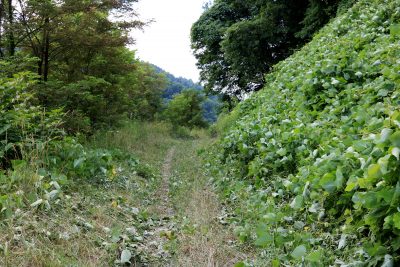 The Dante trails project in June.

Crews with ACC are spending 10 weeks working on the Dante trails project throughout the summer.

“I really want the work to pay off,” says Balch. “More resources are being diverted to trails because Dante is a coal town and since that’s not sustainable they’re trying to create more attractions to draw visitors in. We want that to pay off. We want people to come see it because these trails are beautiful. I don’t even mind working on them because you look to your right and it’s one of the most gorgeous views you’ve seen.”

Cheek agrees, “This place is alive and interconnected more than you can possibly imagine unless you come and stay in it.”