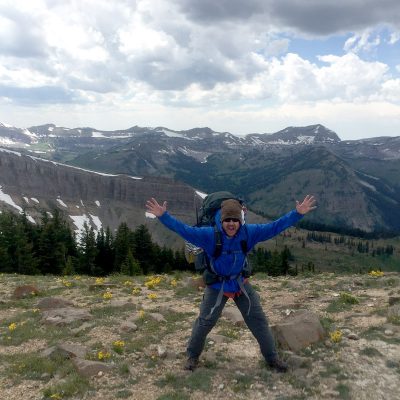 “Being out in the mountains not only provides you with physical activity, it also is good for your mental health. It’s a great way to reduce stress, you just feel better after spending a day in nature,” says Johnson City, Tenn., resident Brian McAllister.

“That’s one of the reasons the fight against mountaintop removal [coal mining] is so important,” he continues. “We need to ensure we don’t destroy these irreplaceable habitats for non-sustainable energy production and profit for few at the expense of many.”

Brian became what he calls “environmentally active” during his time at East Tennessee State University, where he rediscovered his love of hiking and being out in nature, a love that his parents instilled in him as a child in Southwest Virginia. This love, partnered with his desire to make a difference, led him to pursue a degree in Environmental Health. He now works as an environmental scientist helping his employer meet environmental standards.

In his free time, Brian can be found hiking or backpacking on sections of the Appalachian Trail for exercise and relaxation. “Whether it is a short hike after work, a day hike or a backpacking trip, it just feels good to connect with nature,” says Brian.

In 2014 he spoke with former Appalachian Voices volunteers Teddy and Tootsie Jablonski at a Volkswagen bus club camp-out along the Nolichucky River. After that, he says, “I started researching mountaintop removal mining and the devastation it has on the environment and lives of the people around it. I knew I wanted to help in some way.”

“It’s our home, we need to keep it healthy, not only for the environment itself, but also for the people,” he continues. “When you destroy your ecosystem, it’s going to have a negative effect on the people.” 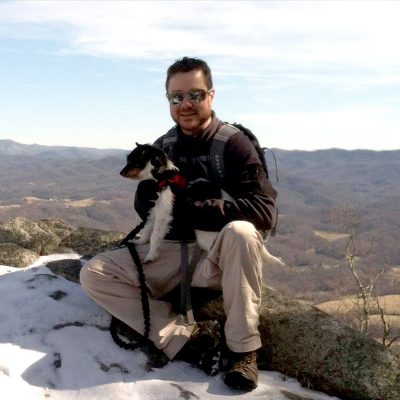 Now Brian distributes 1,800 copies of every edition to 30 locations in the Johnson City and Erwin area. Brian also allows several thousand more papers to be dropped off on his porch for distributors in the area to pick up.

For the past few editions, Brian has enlisted the help of his wife, Robin, his son, Noah, and his son’s girlfriend, Sierra. The team drops the papers off at various locations, such as natural food markets, coffee shops, locally owned pizza places, breweries and the library.

“I get to meet and talk to new people,” Brian says of his visits to various locations. “I enjoy actually going to the places that I do the delivery. Besides that, for me, doing the distribution was one way that I can help get information out to as many people as possible.”

In the meantime, Brian and Robin have been researching options to go solar. “I believe if we continue to invest in renewable energy, not only would it reduce the occurrence of things like mountaintop removal and fracking, but also it is the future of our energy economy,” says Brian.

He continues, “It’s inspiring to read articles in The Appalachian Voice about the people who are making a difference and makes us try even harder to consider our environmental impact in our everyday decisions. We recycle as much as we can, reduce where possible and reuse if able. All of us together will make a difference; that is why it is so important to get the word out.”