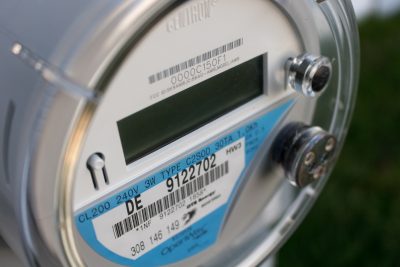 On March 8, North Carolina environmental and consumer rights activists sent letters to Gov. Roy Cooper and the N.C. Utilities Commission calling for a new moratorium on utility disconnections through at least Oct. 31. The groups also requested that the state’s halt on evictions be expanded upon and extended through October.

In the two letters, advocates including Appalachian Voices, the nonprofit organization that publishes The Appalachian Voice, stated that hundreds of thousands of North Carolina families will remain at risk of eviction and disconnection from water and energy service if further action is not taken before federal and state eviction moratoria expire on March 31. The state’s moratorium on utility shut-offs ended in September. More than 650,000 North Carolina households were behind on their utility bills at the end of November, according to Appalachian Voices.

The letters cite numerous reports that illustrate the depth of the crisis and the severe impact on families struggling to pay their bills, as well as the significant racial disparities when it comes to evictions and utility shutoffs.

On March 11, President Joe Biden signed a $1.9 trillion COVID-19 stimulus package into law that includes nearly $500 million for emergency rent and utility assistance. But according to the advocacy groups that sent the letters, these funds will take considerable time to deploy.

North Carolina’s HOPE program, meant to help cover rent and utilities for those affected by the pandemic through a $167 million assistance fund, started accepting applications in mid-October. But as of March 10, the state had only paid out $76.4 million of the $137.5 million that had been awarded at that time, according to FOX8 News. The delay has led to utility shut-offs and threats of evictions for people who were supposed to be protected under the program.

In a March 1 update to the HOPE website, officials wrote that new applications are not being accepted and that rent and utility payments for existing applicants are still being processed. The site also states that federal COVID-19 relief funds will be used to fund further rent and utility assistance programs. A HOPE Program spokesperson told FOX8 News on March 10 that officials plan to hire 100 additional staff in anticipation of federal funding for the next phase of the program.

“Although we acknowledge the recent release of funding for utility and rental assistance here in North Carolina, we have to remain honest in the fact that these piecemeal solutions are still insufficient in fully protecting North Carolinians, and more specifically, Black, Brown and low-income residents,” said Jovita Lee, senior environmental justice campaigner for the nonprofit Center for Biological Diversity, in a press statement.

“This funding is not enough to guarantee protections for residents from losing access to their basic needs during a public health crisis. No household, especially during a time where we are told our safest option is to remain at home, should ever have to choose between paying their rent, keeping the lights on, the broadband they need to continue working or children’s remote learning and putting food on the table.”

Since early September, renters have, on paper, been protected from eviction under a nationwide moratorium from the Centers for Disease Control and Prevention. However, legal service providers have reported that eviction filings are continuing across the state as court clerks, landlords and their attorneys challenged, ignored or found other ways to get around the moratorium.

At the same time, electric, gas and water utilities across the state have continued to disconnect service for residents. Reports submitted to the N.C. Utilities Commission show that since state moratoria on shut-offs expired last summer, utilities have disconnected more than 54,000 residential accounts due to non-payment, which is 15 percent lower than in the prior year.

“Setting aside the moral questions involved, the fact is that utilities are shutting off access to water, electricity and heating during an economic and public health crisis, putting millions of people at increased risk of contracting, spreading and possibly even dying from the virus,” said Appalachian Voices Senior Energy Analyst Rory McIlmoil in a press statement. “The governor and commission can no longer act as if utilities are going to behave any differently and should enact a new moratorium until all available funding gets distributed and this crisis is over.”

To learn more about or send a letter in support of North Carolina efforts to institute a new moratorium on utility shut-offs and extend eviction protections, visit appvoices.org/stop-nc-shutoffs