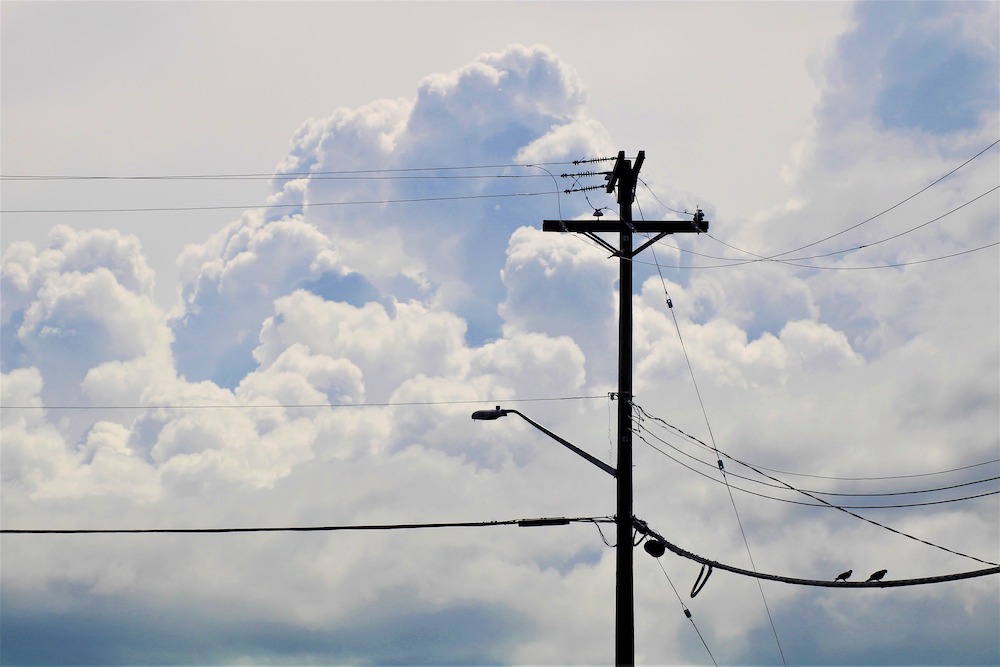 When schools opened back up in Hancock County, Tennessee, in August, the only option for students was virtual learning. This presented a problem for Danielle Mabe and many other parents in the area who do not have access to broadband internet.

“The only option at the time as far as schoolwork was you could go sit in the [school] parking lot with your students, log on to their wifi and use the Chromebook that the school provided for your child to do their work,” says Mabe, who is also a member-owner of Powell Valley Electric Cooperative. “Which obviously wasn’t going to work, because after you’ve worked all day, the last thing that you want to go do is sit in a car in a parking lot at the school for six hours and do a bunch of homework.”

As many jobs, schooling and telehealth appointments continue to be held remotely during the pandemic, broadband internet access is vital. This can be a major setback for those living in rural areas.

In early 2018, the PVEC Board of Directors voted to deliver broadband service to all of its 31,500-plus customers in Northeast Tennessee and Southwest Virginia. So far, the co-op has deployed high-speed internet to approximately 300 households, according to Bill Kornrich with PVEC Member Voices, a grassroots community group that works to make the co-op more transparent. PVEC has partnered with Scott County Telephone Cooperative on the broadband buildout.

“They are building a backbone like crazy,” says Kornrich. “They’ve run several hundred miles of fiber, and they’re running more all the time.

“They’re not sitting around; they want to fulfill that commitment.”

This will take time, however, as Danielle Mabe found out when PVEC told her that it would take about two years before the co-op would be able to build infrastructure in her area. Mabe states that her neighbors receive internet access from Point Broadband, a private company, but that the company has told her that they are unable to add any additional customers for the time being.

An unrelated legal dispute between PVEC and Point Broadband has presented difficulties for some in PVEC’s service area trying to get high-speed internet. In an August press release, Point Broadband General Manager Joseph Puckett stated that PVEC had prevented Point technicians from installing equipment for new customers and from servicing existing customers in PVEC territory. Point Broadband has used PVEC poles for approximately two years. The company recently completed a service expansion to approximately 600 homes in Hancock County.

The company filed a complaint with the Virginia State Corporation Commission in July, in addition to a separate lawsuit in August filed in a federal court. In legal proceedings, PVEC claimed that Point used PVEC’s poles without applying for the proper permits and had “non-qualified persons” work on the lines.

On Aug. 21, the Virginia SCC ordered both parties to enter into good faith negotiations on a new agreement and to resume normal operations until that was completed. The federal case was resolved in September when PVEC filed a notice of voluntary dismissal. PVEC and Point informed the SCC on Nov. 25 that both parties were negotiating a new agreement.

Bri Knisley with Appalachian Voices, the nonprofit organization which produces this publication, states that it is not fully clear which homes will have access to PVEC broadband first. Additionally, Point Broadband is working to build out lines to provide service to more people, though those lines don’t always have the capacity to connect everyone who lives on a given road.

Nearly a quarter of people living in rural America do not have access to high-speed broadband, according to the latest available data from the Federal Communications Commission. For comparison, less than 2 percent of Americans in urban areas lack access to high-speed internet. Installing fiber internet infrastructure can cost as much as $22,000 per mile, according to telecommunications company OTELCO. This makes it cost-prohibitive for many private companies to bring high-speed internet to rural areas, where homes and businesses are typically much further apart than in urban areas.

Rural America faced a similar problem in the early 20th century. Many rural households did not have power, and investor-owned utilities focused on electrifying populated areas. After President Franklin Roosevelt allowed federal funding to go toward rural electric cooperatives in the mid-1930s, rural electrification drastically increased. This same mechanism could be used to bring high-speed internet to less-populated areas, argued the nonprofit advocacy group Institute for Local Self-Reliance in a May 2020 report. More than 100 rural electric cooperatives have programs and projects to increase fiber internet availability in their service territories, according to ILSR.

Although the initial investment in fiber infrastructure is expensive, federal and state grants can lessen the financial blow for co-ops. The federal coronavirus stimulus package passed by Congress in March 2020 provided $150 billion to states for pandemic-related costs, including the expansion of broadband access. This allowed Tennessee to award approximately $40 million to electric cooperatives in August to accelerate broadband development. Mississippi used these funds to distribute more than $70 million to cooperatives for broadband.

A second coronavirus stimulus package passed by the U.S. House of Representatives in December provides an additional $300 million for rural broadband internet access, according to The Hill. The bill would also fund tribal broadband access, a program to increase internet access near historically Black colleges and universities, low-income broadband bill assistance, and other initiatives.

State policy can present other barriers for co-op broadband service. In North Carolina, for example, until 2019 co-ops were not allowed to use federal funding for non-electrical projects like broadband due to a state restriction. Other states including Tennessee, Georgia and Maryland have taken steps to make the regulatory environment more friendly for co-op broadband.

With internet access more urgent and significant in the time of coronavirus, advocacy groups like the Institute for Local Self-Reliance are accelerating their push for policies that can bring high-speed internet to rural areas.

“For nearly 100 years, cooperatives have been the most successful model for connecting rural Americans to the utilities they need to keep their homes, businesses, farms and schools running,” said ILSR’s Christopher Mitchell in a May 2020 press release. “Now that large [internet service providers] like AT&T and CenturyLink have made it clear they’re not interested in investing in rural networks, it’s time for policymakers to recognize that cooperatives should be the foundation of any strategy to bring high-speed Internet service to rural America.”