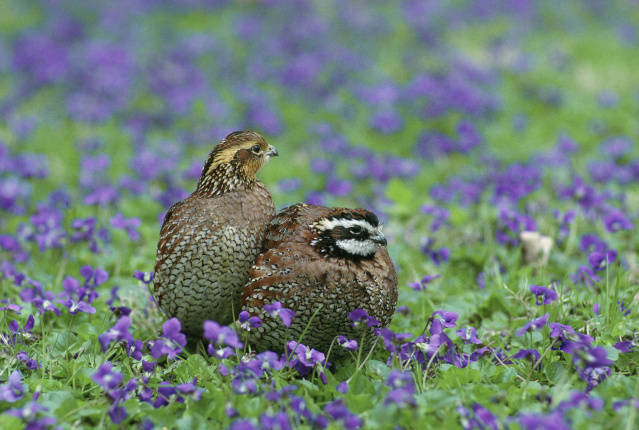 In March, the West Virginia Division of Natural Resources announced a five-year restoration project for the northern bobwhite quail after the species’ 40-year-plus absence from the state.

Though the harsh winter conditions of 1977 to 1979 ultimately overwhelmed the species, biologists at the time believed the decline of this game species resulted from a lack of suitable small-farm habitat, according to the Charleston Gazette-Mail.

The DNR exchanged turkeys for 48 quail caught in Texas, working closely with the Texas Parks and Wildlife Department. The state agency released the birds at the Tomblin Wildlife Management Area in Logan County at the end of February, an area with more than 50 acres specifically converted to accommodate the quail population. Some of the quail were fit with transmitters to monitor survival and habitat use trends.

Efforts to reintroduce the quail species to West Virginia began more than two years ago with support from Gov. Jim Justice, an avid bird hunter. Habitat management resources were already available in the area for elk restoration efforts. Both quail and elk thrive in grassy habitats interspersed with thick bush. The birds use these thickets to keep them safe from predators such as hawks and coyotes.

The Coal Valley News reported that although 35 of the quail were fit with electric tracking collars to monitor survival and habitat use trends, more than half have fallen off of the birds due to a mistake in the fitting of the collars. DNR Director Stephen McDaniel told the Charleston Gazette-Mail in March that the survival of the quail in the first two weeks was critical, but the loss of the collars has limited the amount of data collected about the birds’ mortality.

Logan Klingler, the manager of Tomblin Wildlife Management Area, told the Coal Valley news that he found evidence of predation in the area, but the exact number of quail deaths is unknown.

“We know they’re around, but we don’t know how many,” Klinger told the Coal Valley News, adding that the agency will introduce more wild quail later on to get appropriate tracking data.

The ultimate goal of the project is to create a self-sustaining quail population for hunting, though the information gathered throughout the project may prove valuable to private landowners and farmers in the management of quail on their properties. — By Emerson Wells