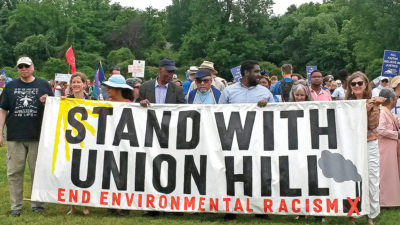 On May 17, Appalachian Voices joined around 300 activists who stood up for environmental justice and marched through Richmond, Va., against the fracked-gas Atlantic Coast Pipeline and massive compressor station slated to be built in the historic, majority African-American community of Union Hill, Va. Union Hill community leaders, above, stand with guest speakers William Barber III and Karenna Gore. Marchers followed a portion of the same route that civil rights advocates marched 51 years ago almost to the day as part of Martin Luther King, Jr.’s Poor People’s Campaign. 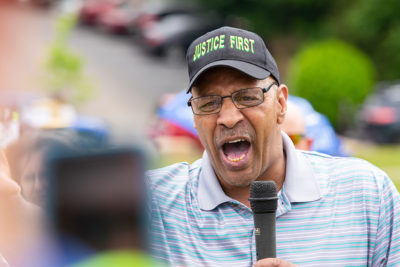 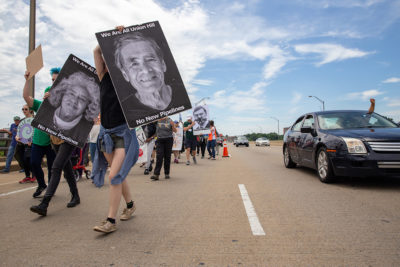 The next day, crowds gathered in Virginia Attorney General Mark Herring’s hometown of Leesburg, Va., and urged him to halt work on the Mountain Valley Pipeline while his office pursues a lawsuit against the company. They also called on Herring to affirm a state board’s ability to revoke a Clean Water Act certification for the MVP. The board considered revoking the certification but stopped in March, citing vague recommendations from Herring’s office. Read more here.