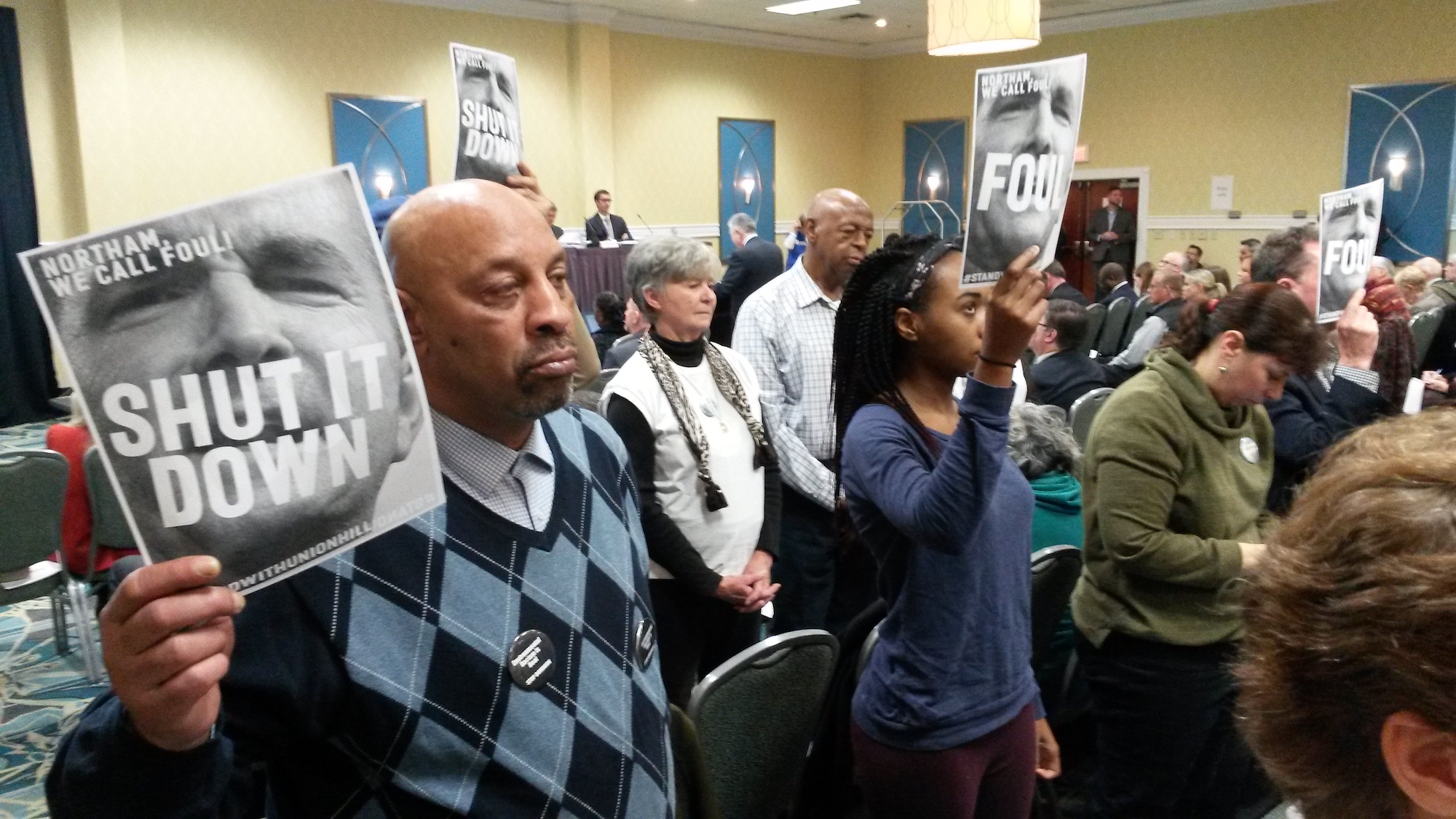 The Virginia air board’s decision to approve a fracked-gas compressor station in Union Hill was met with outcry from local residents. Photo by Cat McCue

On Jan. 8, the Virginia Air Pollution Control Board unanimously approved an air pollution permit for a fracked-gas compressor station that would power Dominion Energy’s proposed Atlantic Coast Pipeline. The 54,000-horsepower station would run 24/7 in the historic, majority African-American community of Union Hill, Va.

The compressor station has been roundly opposed by Union Hill residents and environmental groups including Appalachian Voices, the publisher of this newspaper. On Dec. 8, 100 Union Hill residents, state delegates, and celebrity climate activists including Danny Glover, Karenna Gore and Don Cheadle sent an open letter to the board describing “an undeniable pattern of dangerous, polluting industrial facilities being sited in poor communities of color across our nation.” 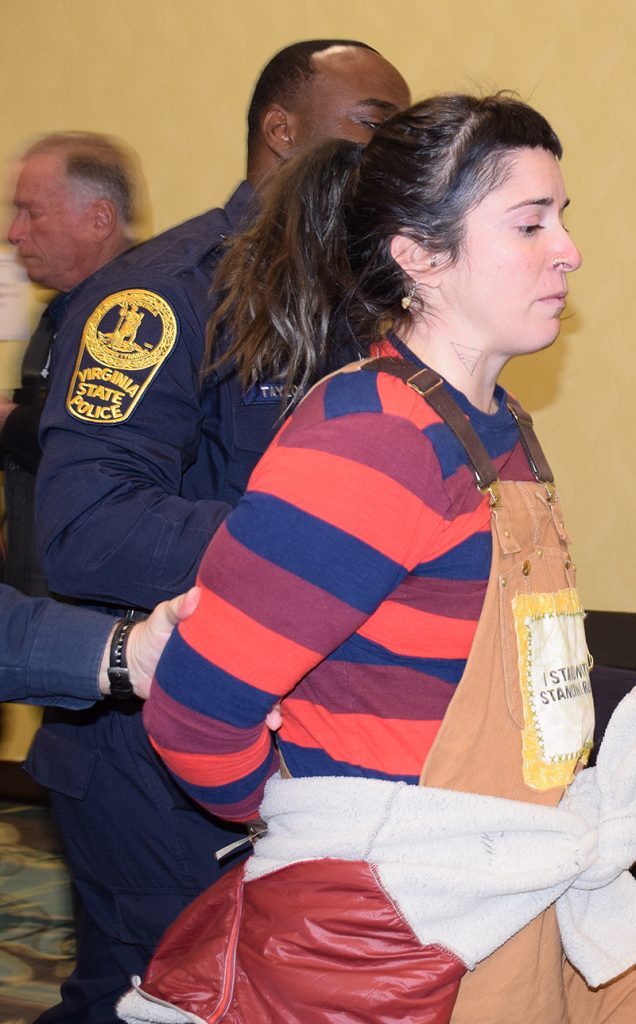 In November, Virginia Gov. Ralph Northam replaced two members of the air board days after they spoke critically of the Atlantic Coast Pipeline during a meeting. This happened less than a month before the board’s vote on the permit was scheduled to take place on Dec. 10, although the vote was ultimately postponed multiple times until Jan. 8.

On Dec. 19, the board delayed its vote to review new demographic information from the state Department of Environmental Quality that called Union Hill’s status as an environmental justice community into question. The board allowed public comments over the holidays from Dec. 21 to Jan. 4 regarding the DEQ’s findings.

But community residents stated that the agency based these findings on flawed methodology. Anthropologist Lakshmi Fjord had previously provided an analysis to the DEQ and the board about the community’s demographics using the U.S. Environmental Protection Agency’s preferred research methods. The board approved the compressor station after reviewing the DEQ’s information.