My three young kids have been belting out all six verses to Woody Guthrie’s 1940s patriotic classic “This Land is Your Land” this summer. The rousing anthem to the American landscape seems especially poignant now, as thousands of citizens rise up to confront goliath pipeline companies manipulating the system to wrest long stretches of land from ordinary citizens. 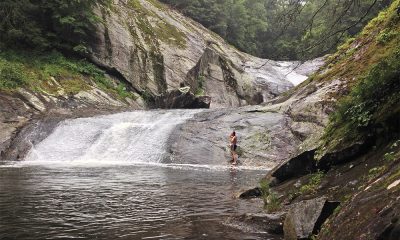 This nearly 80-year-old song resonates in our children’s young ears, I believe, because of its insistence on a truth much, much older. At a deep level, the land — like our air and water — is something we all share. This truth about our relationship to the land, and the call to action it entails, seems more relevant now than ever.


And so we — like families all across our region — celebrated in late July when a federal appeals court rescinded the government permits allowing the Mountain Valley Pipeline to cut through the rugged Appalachian landscape of the Jefferson National Forest. In this major victory for pipeline opponents, the three-judge panel unanimously ruled in favor of the Sierra Club, Appalachian Voices and Wild Virginia, sending the hastily issued federal permits back to the drawing board and leading FERC to issue a stop-work order for the Mountain Valley Pipeline the next week.

Not mincing words, the court made clear that the Trump administration failed in its duty to Americans to protect this priceless land:

“[Mountain Valley Pipeline’s] proposed project would be the largest pipeline of its kind to cross the Jefferson National Forest,” the opinion states. “American citizens understandably place their trust in the Forest Service to protect and preserve this country’s forests, and they deserve more than silent acquiescence to a pipeline company’s justification for upending large swaths of national forestlands.”

Unfortunately, such “silent acquiescence” to the will of powerful interests is too often the habitual response of those entrusted to safeguard our shared natural wealth. But we are seeing how our system of checks and balances, in concert with a robust citizen response, can compel our decision makers to think again. The late Woody Guthrie’s wisdom, channeled through the next generation, won’t let us forget the rights and responsibilities we have to the land we share.