Standing atop a ridge in his 50-plus-acre expanse of woods near Elliston, Va., Cletus Bohon, still wearing his foundry uniform, glances momentarily at the pipeline surveyor’s stake hastily scrawled with “MVP.”

In 1990, Cletus bought a house on 10 acres of land. He and his wife Beverly added 32 acres in 2003 to prevent other construction, and another eight in 2015 so they could have the end of the private road. 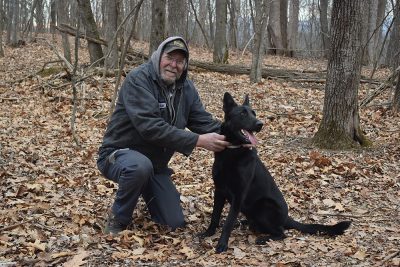 Cletus plays with his dog Zena, surrounded by trees that were clearcut about two weeks after this picture was taken. Photo by Kevin Ridder

“Well that worked real well,” Cletus says, looking away as the stake’s orange streamer flutters in the breeze. Cletus grew up hunting with his father in the mountains surrounding Roanoke Valley, where he gained a love of the countryside. He dreamed of one day living and hunting in his own woods.

“Up until a few years ago, I was living a dream,” he says.

In January 2015, one month before the last payment on the Bohons’ home and most of their land, a letter arrived from Mountain Valley Pipeline, LLC, to inform them that the proposed path of the 42-inch fracked-gas pipeline would slice across their land. They were eventually offered $32,000 for the pipeline’s 1.6-acre right-of-way, which the company calculated in part by classifying their two-story house as a one-story cabin.

“I mean, we have a little red house set out in the woods,” Beverly says. “But it’s not a cabin.” 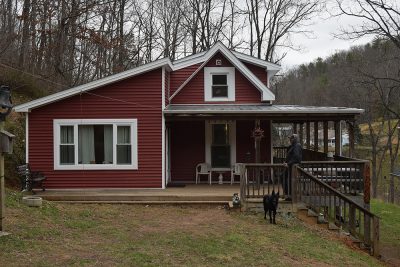 The company also stated they would need to widen the community’s single-lane gravel road to 40 feet during construction, which would cut into the Bohons’ front yard and likely bury a nearby creek.


“They offered $180 for what they’re going to do in front of my house, for the damage to that road,” Cletus says. “That won’t even buy a load of gravel.”

After they turned down an initial easement offer, Beverly said a pipeline representative told their neighbors that the Bohons had signed it after all.

“Fortunately, old country people don’t just believe everything they hear, you know,” Beverly says. They got on the phone and they started calling, and then [our other neighbor] called up and said, do you know what they did? … They don’t play fair, and they don’t play by the rules.” 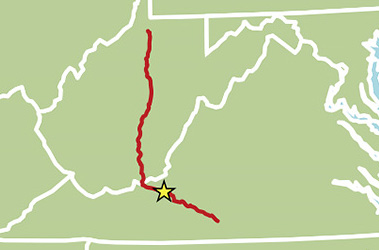 The Bohons’ location in the path of the Mountain Valley Pipeline.

In mid-March, a Mountain Valley Pipeline crew used eminent domain to cut down all the trees within the right-of-way on the Bohons’ property. While Cletus says he has quite a view now, he didn’t want it. “I liked it the way it was,” he says.

The family had expected to live out their lives on the homestead and leave it to their grandchildren.

“Hopefully I was going to have something for them,” Cletus says with a sigh. “But I don’t know if they or anybody is going to want it once a pipeline’s coming through it. My wife and I have talked about moving, but we don’t know where in the hell we’d go. I mean this is home, you know.” — By Kevin Ridder