Testifying Before Congress on Mine Reclamation

Thom Kay, our senior legislative representative, testified before Congress in May regarding reclamation of former coal mines, giving comments on the draft proposal of the Community Reclamation Partnership Act. He advocated for more input from community members and against creating loopholes that would allow coal companies to re-mine on these sites without restrictions. 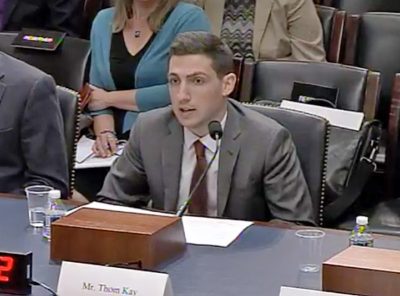 If passed, the act would amend the federal law governing reclamation of coal mine sites to allow states and nongovernmental groups to work together to restore the impacted land and streams.

Meanwhile, our team also continues to fight against new mines. We stood beside Coal River Mountain Watch in support of their appeal of a permit for the Long Ridge mine, which the West Virginia Surface Mine Board declined to hear (read more on page 25).

On May 23 in Logan, W.Va., the National Academy of Sciences held its second public hearing studying the health impacts of surface coal mining.

Two additional hearings will also be held, one in mid-July in D.C. and another in late August that will likely take place in Kentucky.