For 28 years, the Appalachian Media Institute has given young people from Central Appalachia a platform to explore their voice, document issues in their communities and elevate rural stories. 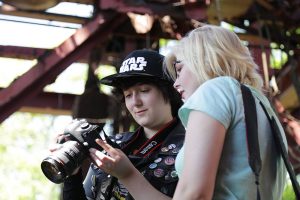 A program of Appalshop, a multimedia arts and cultural organization in Whitesburg, Ky., AMI interns gain hands-on experience with media production and learn about topics such as digital filmmaking, podcasting and web-based storytelling.


This year, the eight-week program’s theme was Envisioning Our Future, and AMI participants centered their storytelling around youth-led hopes for the region. The program also partnered with the Carnegie Museum of Art in Pittsburgh, Penn., to allow rural and urban Appalachian youth to exchange skills and experiences. Youth also collaborated with leading regional artists on a media piece for a national outlet. 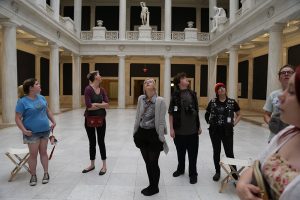 The 2016 Appalachian Media Institute produced four films, which premiered at Appalshop on July 29. One explores avenues for economic growth in Central Appalachia and chronicles four artisans working to build a future in community theater, agriculture, ceramics and music. Another examines the impacts of discrimination on a small rural community in Eastern Kentucky and the community’s response to the Black Lives Matter movement and to discriminatory measures against LGBTQ individuals. Not A Daughter, the only film titled at press time, tells the story of one teen’s struggle with LGBTQ discrimination in the hills of Appalachia. The fourth documentary film investigates the impact that outsider interest and performance of old-time and bluegrass music has had on the style, instrumentation and dialect of mountain music.

The Appalachian Voice asked this summer’s AMI interns to share their vision for young people in Central Appalachia. We solicited their thoughts about what obstacles might be in the way and what would help turn their aspirations for the region into reality.

Below are longer versions of their answers, which were excerpted in our print edition. View the films online at ami.appalshop.org 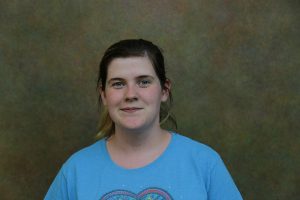 My vision for Appalachian youth is that they have the opportunity to grow in a welcoming society. I want to see them discover who they are and want to be in a safe environment with a supportive community — I know that it exists here, they just need to find it. The only obstacles are the few people who are unwilling to accept change. It’s fully possible if everyone works together to build an accepting society

To help make this vision a reality we all need to take the time to see things in a new way and to truly try to understand them. If everyone works to educate one another without judgment and to consider each other with a new perspective I believe that our communities could function more openly, freely and happily.

As a 19 year old who grew up in a small town in Eastern Kentucky, I know that we can grow as a society and welcome change and personal growth. I, Jade Slone, endorse this message with my cat print of approval. 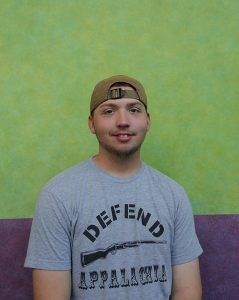 My vision for the youth of Appalachia is that they will showcase their talents and make this region a sanctuary for artists, musicians and innovators from all around the nation, and the world. I believe that we have a lot to offer.

The obstacles blocking this vision are that the vast majority of people in the area feel a sense of hopelessness since our central source of income has been fading away. People aren’t sure of what they can do here. If the youth were to broaden their views and come together to make something happen, this would change. 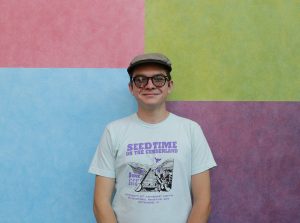 My vision for young people in Appalachia is for them to find new ways, or even rediscover old ways, of living in the region. Obviously we have just lost a large piece of this region with the removal of the coal industry. Many people are left not knowing where to turn or what to do to survive. What many fail to see is that even in a mass devastation, we are still surrounded by great opportunity. I, like most residents of the region, have family ties that run deep into the crevices of this land. For many years, my ancestors worked tirelessly in harmony with the land. With the influx of industrialization little more than a century ago, they began to be controlled by the same fostered dependence that has governed our people ever since. Now that we have a clean slate, a new chance to start over, I want to see our people become a successful, thriving culture once again; a culture no longer dictated by a higher entity, a culture reminiscent of that of our ancestors 200 years ago.

The most blatant obstacle, quite frankly, is a lack of self-confidence and feeling of ability. For so long, people in this region have struggled to survive and have depended on a larger authority as a source for what little sustenance they had. Throughout these long difficulties many residents have continually lost hope of gaining a new or better life. Now that the economy has really hit rock bottom, this sense of hopelessness has only been extenuated. Though it may seem impossible to start anew, it obviously has happened to many others of the past in some form. If only we had more people try, if only we had a better combined effort, we might succeed in creating a fresh lifestyle.

In order for this vision to be a reality, we must work harder to function together. We need to better utilize current youth development programs, as well as create new ones. Most of all, we need to believe we can be successful again. 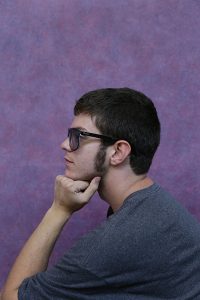 My vision for Appalachia is a modern economy based around art and to break away from the companies and corrupt politicians that keep us held back. The main obstacles to progress in the region are both political corruption and the crushing poverty that so many are forced to live with. This vision could easily he made real by political activism and being engaged where you live, and not letting mass corporations and corrupt career politicians rule the Commonwealth. 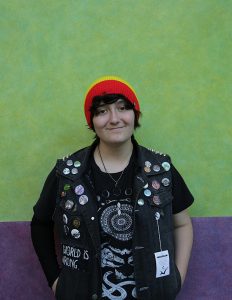 Some obstacles in the way that young people in Central Appalachia face is that many people are stuck in old beliefs. Racism and homophobia is sadly a very common thing people face, in order for us to grow people need to become informed and more understanding. Also, many people believe the coal company will somehow make a comeback when honestly it probably won’t. Many people are left without jobs and it’s a very tragic situation. We need to help and assist people who have been left in very difficult situations. We need to find alternate solutions to the coal company in a way that helps the families and locals. Choosing to accept new ideas and ways of thinking is also a very challenging obstacle. In order for our communities to survive we need to chose new ideas in order to keep us growing and thriving.

Things that would help make this vision a reality is just for some people to become informed and to really think differently. To step outside their comfort zones and to take risks. To not be afraid of change. In order for Appalachia to survive we must come together. We can’t be afraid of change anymore. You can do anything if you set your mind to it. 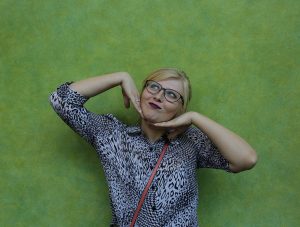 My vision for myself has changed over the years. Being focused on earning a degree and landing a job with any animation studio has changed. The goals still remain, only now I find that I’m able to enjoy anything I do as long as I find a way to make the art I love and make a difference. I hope the same for my community and the young people in it. I want everyone to find themselves and the guidance needed to create their own happiness.

In anything you do there will be obstacles. Without them victory wouldn’t be as sweet. To quote the amazing movie Ratatouille, “You must not let anyone define your limits, because of where you come from your only limit is your soul.”

For a vision to come true there has to be a leader and a visionary. Someone to present ideas and encourage others. Behind every great movement there needs to be a support system. We need more great leaders and more people who are willing to stay and work as that support system. 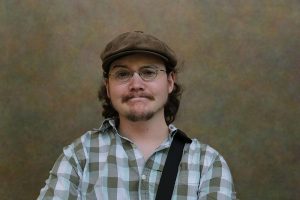 I believe that young people in Appalachia sincerely aim to lead positive and impactful lives. I’ve met many young people here who dare to question the negative elements within their communities and even think differently than members of their own families. This takes an incredible amount of courage and willpower which many Americans have never had to experience. I am both stunned and inspired by the resolve of these young folks in the face of such challenges. With such personal perseverance, I truly hope that these young folks will find or, more importantly, create the opportunities that they need to bring their creative and unique passions to a region where so many feel lost or disconnected. I also hope that with their open-mindedness and positivity they will be able to help end the harmful ways of thinking which still dictate the actions of many in central Appalachia.

The most glaring obstacles in the face of positive change in central Appalachia, especially to youth, are the tendencies towards stubbornness and close-mindedness in many people. No matter how hard certain gifted young folks may try to bring positive change and help others to see it, there will always be a chorus of negative backlash ready to paint the wrong picture.

I believe that greater support for open-mindedness and sustainable economic practices would truly help young central Appalachians to make a real impact in their communities. Unsustainable practices like strip mining and mountaintop removal as well as economies which hurt the health and future of the community like fast food and prisons should not be promoted. Encouraging young people and investing in their future should be first and foremost. Better education is a must. Instilling mindsets which support cultural diversity as well as local business would sincerely help Appalachian youth. 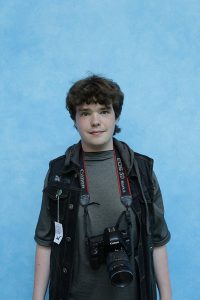 We have had so many chances for providing a future our children but our officials have their head in the clouds. I feel that if we focused, we could be one of the best examples of a state standing together instead of the national punchline we are currently.

Our officials don’t care about us, only our votes. We sit in poverty, our rivers poisoned with iron water that is bright orange and we are battling with one of the worst drug epidemics I have seen. I can name at least 10 people I knew in high school that have died yet nobody mentions it. …

When you are one of the poorest states with the richest heritage and a literal gold mine under the ground. And you are in the top three lowest educations. You need to prioritize. I don’t want to listen to officials telling my family member they don’t need their disability when they broke their back on the job. Yet [the authorities] spend like a rich teen in a shopping mall. …

PRIORITIZE! Let’s help our people and help their communities. We have fought for years for a rehab [center] here yet our local courts only needed five minutes to vote themselves and their staff a raise.

Work on building a better future. Work on educating and inspiring our youth. We were one of the richest states 200 years ago. “I would like to have God on my side, but I must have Kentucky.” — Abraham Lincoln. We went from that to a laughingstock. We had billions in coal here and were used like a dishrag. Let’s stop and focus on what makes the area great. Not the land, not the past, not a prison, not a [Noah’s ark replica park], but our people.