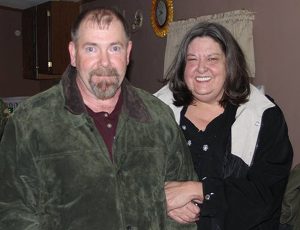 For Wilma Lee Steele, the devastation wrought by mountaintop removal coal mining can’t be measured solely by polluted streams or transformed ridgelines. For someone as spiritually connected to the mountains of her West Virginia home as Steele is, blasting away mountaintops for the sake of coal is deeply offensive, and she has actively opposed the practice for decades.

Still, she doesn’t see the people behind the coal companies or state environmental agency as enemies, despite their offenses. “I believe in treating people like people and listening to what they have to say,” Steele says. She declares that the path to mending divided communities — and to healing the land and water itself — is based in right treatment of one another.

Steele has had a lot of practice putting these principles into action. When she taught kindergarten through 12th grade, with a focus on special needs students and art education, she tried to steer clear of coal subjects. But when students prompted her she always responded respectfully and truthfully.

That habit of speaking the truth is one of the best qualities of days gone by, Steele says. As a young woman, she was close with the older generations — together, they cut out quilt squares, picked cherries and baked pies. Though many of these bygone friends were coal miners, Steele is confident they would have opposed mountaintop removal. When youthful environmentalists began arriving in Mingo County in the ‘90s, Steele saw similarities between them and the older folks, and felt a kinship that extended beyond a mutual care for the Earth.

“They saw something that needed to change and they were willing to work to bring that change,” Steele says. “I never considered myself an activist, yet I realize now I always was, before the environmental movement,” she adds, “because no matter what age I was I would speak up for what was right or true.”

Through the years, Steele and her husband Terry have hosted more than 400 visitors at their home, showing them the contrast of destruction and beauty in the region and entertaining long conversations by the firepit. She feels that her greatest strength lies in connecting visitors to the place and people she loves. In addition, she joins a host of organizations in efforts such as attending permit hearings and documenting the abuses of coal companies and government agencies.

In Steele’s mind, companies bent on extracting West Virginia’s natural wealth have controlled the state’s narrative for too long. The key to the future, she says, is for residents to “quit letting someone else define us” and to listen to one another.

“You don’t have to call anyone a liar,” she says. “The only thing you have to do is speak the truth with love and understanding.”