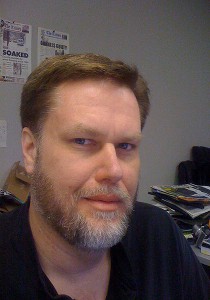 In his 21 years of journalistic work at publications such as the Jackson County Sun, Paintsville Herald and Floyd County Times, Ralph Davis developed a close relationship with the small communities of eastern Kentucky and the rural lifestyle the region prides itself on. When Davis began work on his master’s thesis in new media journalism last year, he used the opportunity to explore the underlying economic issues of his region through a medium of reporting unfamiliar to him: documentary filmmaking.

Davis’s public awareness project started in 2012 by questioning what the future of Appalachia might look like. “I didn’t want to narrow my focus with a specific agenda,” Davis says. “I wanted to let the project develop organically through authentic voices in the community.”

The documentary, titled “Appalachia 2050,” features a combination of nonprofit workers, university professors, journalists and area residents who offer their thoughts on what is holding the region back from economic prosperity. Highlighting sources of poverty — from dwindling opportunities in Kentucky’s once-booming coal industry to the lack of technical schools for tomorrow’s workers — the documentary explores how community collaboration may offer hope for the future. “While there may be disagreement on how exactly to get there, these people are unified in their desire for a healthy, vibrant Appalachia,” Davis says.

Davis completed his documentary this past July, after eight months of research and interviews. He hopes to expand “Appalachia 2050” into a web series, delving further into issues of community development in Tennessee, Virginia and West Virginia.