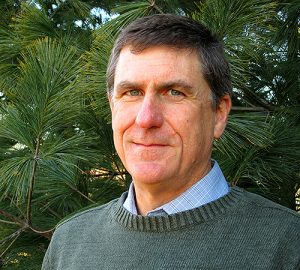 Charlie Jackson found a simple answer to the complex problems of regional agriculture. He founded the Appalachian Sustainable Agriculture Project in 1995 to create new markets for mountain farmers who had lost their cash crop. Tobacco had sustained farms for nearly half a century, but in the late ‘90s, farms were rapidly losing income as a federal support program for the crop was discontinued. Jackson and his colleagues decided to build local demand for these farms by writing and distributing a local food guide to link consumers to area farmers.

The idea caught on faster than Jackson and his colleagues imagined. They rapidly grew from distributing 5,000 copies of their guide in the first printing to 100,000 annually. These sustainable, local markets empowered consumers as well as farmers, by giving interested shoppers an alternative to mainstream agriculture. As Jackson says, ASAP strives to “transform the food system” by connecting “residents to the farmers that grow their food.”

Jackson has a knack for bringing people together. In 2002, he called together a meeting of representatives of regional farmers markets. While the farmers initially saw each other as competitors, he was able to organize them into the Mountain Tailgate Market Association, which allows local markets to collaborate with each other. He also feels blessed to have brought together the ASAP team. “I think of my role as one of providing the space for really smart, passionate people to be excellent at what they do,” Jackson says.

Jackson leads with a balance of managerial skills and a contemplative ability to see the big picture. “I’m the one who has the responsibility to reflect, to contextualize what we do,” he says, emphasizing that building an organization includes a lot of “starts and stops … testing and experimenting with ideas.” He has a lot of faith in the next generation to collaborate over the conservation issues that he holds close to heart.